The Dutchman was unveiled by the Merseysiders after they secured a £37million deal for the PSV Eindhoven forward. International colleague and teammate Van Dijk reportedly played a huge role in convincing the 23-year-old to link up with Jurgen Klopp ’s side.

Fittingly, the imperious central defender even played a small role of his own in Gakpo’s announcement video. And to make the video even better, Liverpool even gave a nod to Van Dijk’s unveiling in 2018.

Read More: Cody Gakpo's new role in Liverpool team has already been mapped out from January

In the clip, Gakpo can be seen looking at a text from Van Dijk that says “you’re going to need to find a Christmas tree, bro” alongside a Christmas tree emoji. Gakpo can then be seeing replying with a thumbs up emoji and a Santa Clause emoji, before the camera pans up to see the Christmas tree at Liverpool’s training base.

It was at that exact spot, Gakpo was pictured proudly holding the Liverpool shirt for his official unveiling – mimicking the image that marked his countryman's arrival at Anfield back in December 2018. The left winger was also officially announced as a Liverpool player on the club’s website.

Do you think Cody Gakpo will be a success at Liverpool? Let us know in the comments section below

“I feel really good, I’m really excited to be here,” Gakpo said on the Merseysiders’ official website. “I’m looking forward to start training and start playing for this amazing club.

“I think this is a great club for me to come in and try to show what I can [do] and try to help the team to achieve more beautiful moments that they already did in the past years.

“I think for me personally it’s also good to develop here and there’s a lot of great players here [who] I can learn a lot of things from.”

Gakpo joins the Reds at a time where they are 15 points behind first place Arsenal and five points away from fourth placed Tottenham Hotspur. 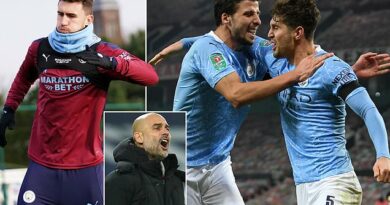