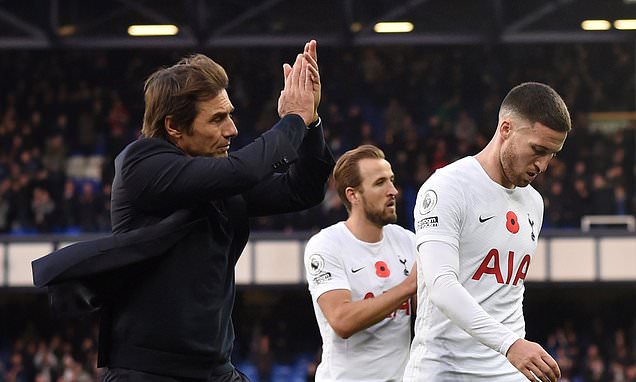 Antonio Conte insisted there was no reason to be disappointed after his Premier League return with Tottenham ended in stalemate at Everton.

Tottenham failed to test Everton goalkeeper Jordan Pickford and, with Harry Kane a subdued and peripheral figure, they once again failed to have a shot on target. After last week’s blank against Manchester United, it is the first time since 2003-04 they have had two such consecutive games.

But Conte, who was given any thunderous ovation from Tottenham’s travelling fans, was far from frustrated by the final outcome and stressed there was plenty of strands he could work with in the coming weeks and months. 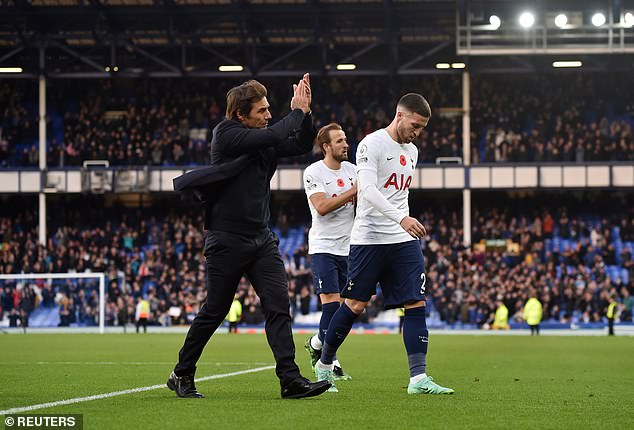 ‘I have to be happy for different reasons,’ said Conte. ‘The first that Goodison Park is not an easy place to come to play against Everton especially when you had a week very intensive, I am talking emotionally. For sure we can improve and we have a lot of space for improvement.

‘In different situations, tactically, physically but also the mentality. I’ve seen the heart of my players; the passion, the will to fight, to sacrifice, to understand that there was a moment that was very, very difficult. To see this type of reaction make me more confident for the future. 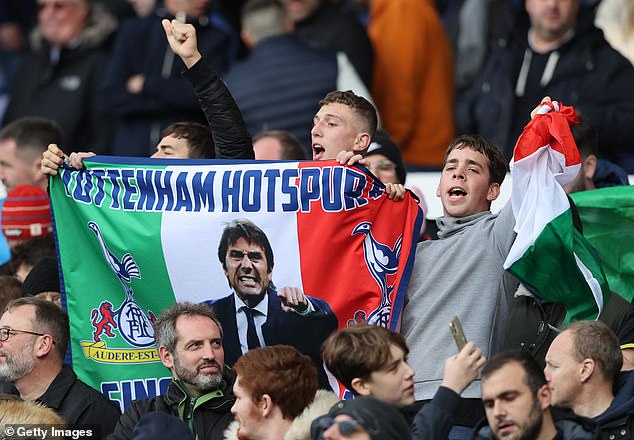 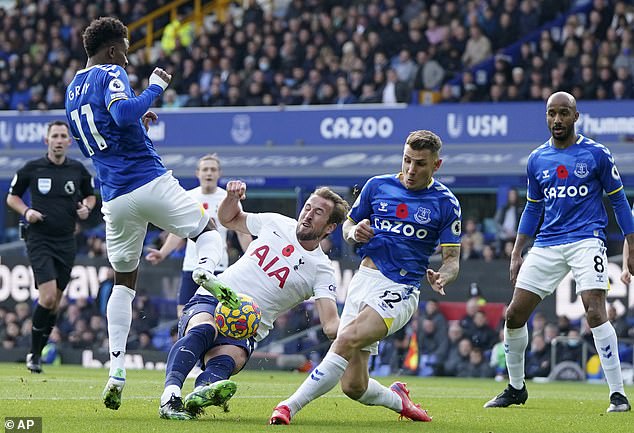 ‘Sometimes you can teach the tactical arts and physical arts better but the heart, the passion, the will, the intensity, you have or not. My players are showing me we are in a good position and it is a good point to start from.’

Conte was able to breathe a sigh of relief when referee Chris Kavanagh overturned his own decision to award Everton a penalty, when Richarlison tumbled over Hugo Lloris’ challenge, after consulting VAR. The Italian said Kavanagh was right – Everton boss Rafa Benitez saw things differently. 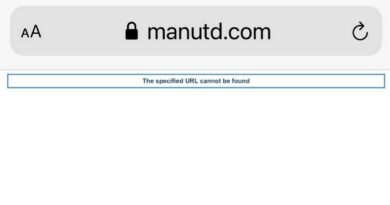