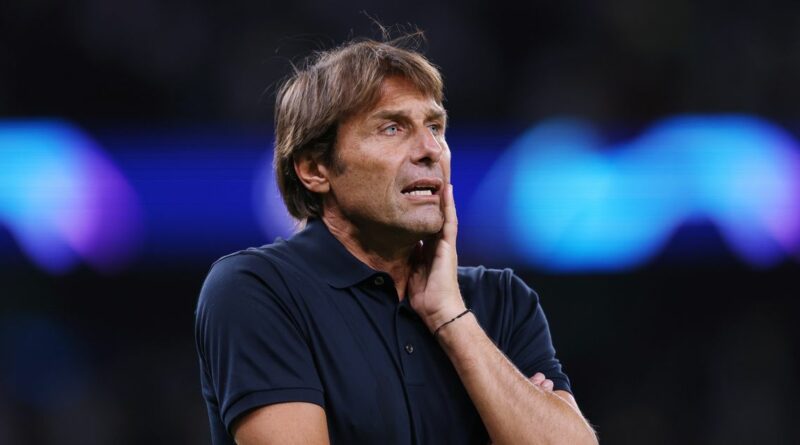 Antonio Conte is reportedly open to returning to Juventus this season if Massimiliano Allegri is sacked amid their form woes.

The Italian seems to have got Tottenham out of their rut after replacing Nuno Espirito Santo last season, who lasted just 17 matches in charge following the dismissal of Jose Mourinho. Spurs are currently third in the Premier League and have not lost a game with excitement brewing among their fans.

But that joy could be popped in an instant with Juventus looking at Conte to save their season after a disastrous start to the campaign under Allegri. The Italian giants have been dreadful so far and the pressure is cranking up on the Italian.

The Old Lady sit eighth in Serie A, winning just twice, while they are also struggling in the Champions League after disappointing defeats to PSG and Benfica. And according to Italian media, Juve are ready to target Conte to replace the beleaguered Allegri.

And to add to Tottenham's woes, it is further claimed that the Spurs coach is open to returning to Juventus, the club he managed between 2011 and 2014 when they were experiencing a similar crisis.

While it would be a shock to see Conte leave, the fact he is yet to sign a contract extension that has been put on the table has added to the uncertainty. It is no secret that the 53-year-old, who spent 13 years there as a player, loves Turin.

It was only last week when Conte was back in the region with his wife and daughter still living there. While the fiery Italian stated in the summer he is happy in north London, he has also remarked that he has "unfinished business" at Juventus.

Juve director Pavel Nedved tried to bring him back in 2019 but the move was vetoed by chairman Andrea Agnelli vetoed the move and went for Maurizio Sarri instead. However, desperate times for the club might see them take action – especially after a 1-0 loss to lowly Monza at the weekend.

Conte won Serie A three times in a row during his time in charge at Juventus and would not be the first time that the coach has made a U-turn over his management decisions – something Spurs know well. He initially turned the London club down in the summer only to reverse that decision when Daniel Levy came to him months later to replace Nuno.