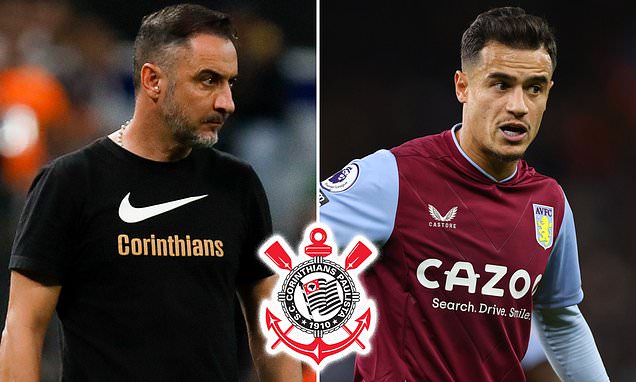 Brazilian giants Corinthians want to sign Philippe Coutinho, reveals their club president – with the Aston Villa star yet to start a game under new boss Unai Emery – but he admits it is ‘a very difficult deal’

The former Liverpool and Barcelona player joined Villa on a permanent basis for £17m in the summer of 2022 after a successful loan spell, but Corinthians are keen to bring the Brazilian back to his homeland.

He has yet to score a goal or make an assist for the Villains in 16 appearances this season, while he also picked up a muscle injury which ruled him out of Brazil’s World Cup squad. It is thought those struggles may encourage Coutinho to leave Villa for Brazilian football. 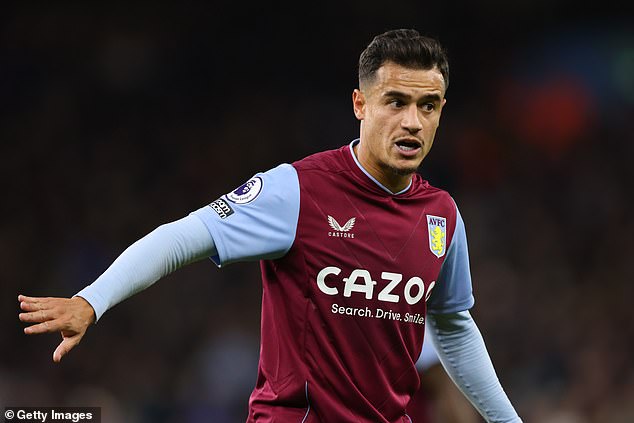 As reported by Spanish outlet Sport, Corinthians president Duilio Monteiro Alves said: ‘The contact exist and the desire is there, but it is a very difficult deal.

‘We want the player on loan, but while the transfer window in Europe is open, everything is very difficult. It is still a very premature operation but we have to try.’

The club are negotiating with Aston Villa and the player’s representation, with an eye to making a deal in the next few months. 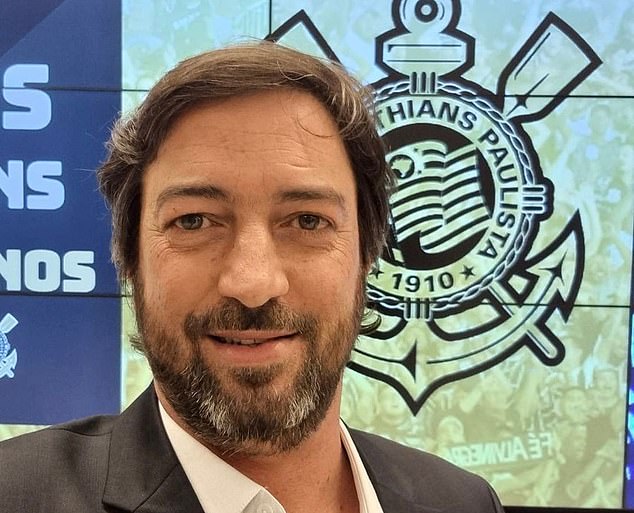 Brazilian regulations could allow Coutinho to join Corinthians outside of the January transfer window in Europe, although Villa would not be able to buy a replacement if they so desired.

However, new manager Unai Emery has not including Coutinho in his starting line-ups since taking over the hotseat, and he is not relying on the 30-year-old from Rio de Janeiro to make up his squad numbers, especially due to his lack of form and injury problems so far this season.

Barcelona would get some of the benefits if Aston Villa were to go through with a quick sale of Coutinho. 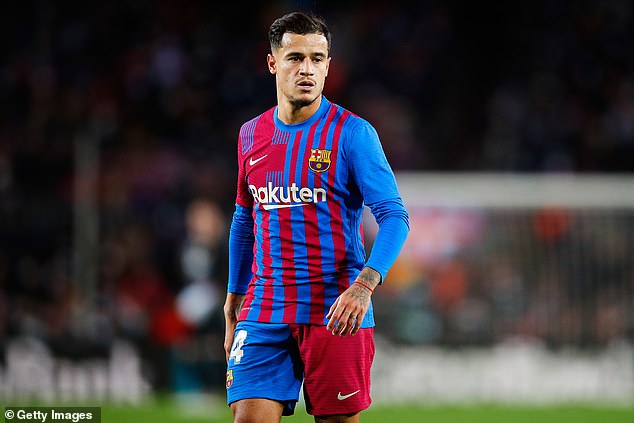 Alves also revealed that Corinthians were in the hunt to sign Cristiano Ronaldo after his acrimonious exit from Manchester United, offering the Portuguese star the same pay cheque he was earning from the Red Devils.

However, the 37-year-old opted to move to Saudi Arabia’s Al-Nassr, where he will earn a whopping £175m-a-year, 20 times higher than his pay packet at Old Trafford, and the proposed income he would have made with Corinthians.