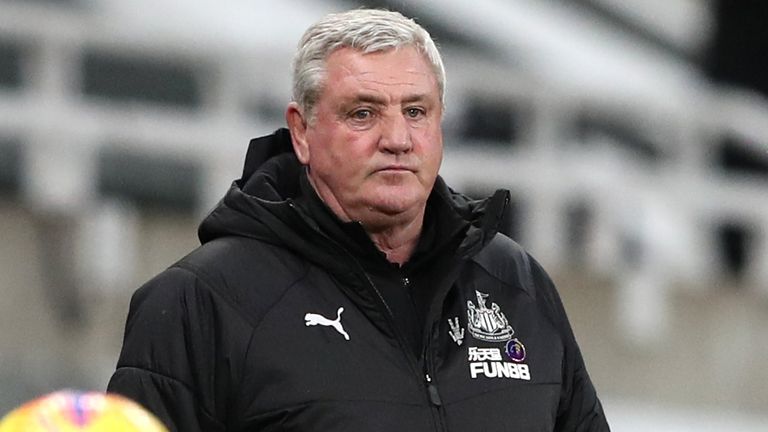 Newcastle United boss Steve Bruce believes it is “morally wrong” for football to continue as coronavirus cases continue to rise and wreak havoc with the fixture list.

Although Aston Villa’s FA Cup third-round game against Liverpool was given the go ahead despite a significant Covid-19 outbreak at Villa, further games are in jeopardy due to the virus.

Steve Bruce’s Newcastle side were the first Premier League team to feel the full extent of Covid-19 earlier this season and he believes a suspension of football is the only way to protect players.

“I see other clubs struggling with it now and of course there’s Premier League protocols in place but once you leave the training ground you are in the outside world,” Bruce told Sky Sports News.

“The speed in which it ripped through us is something all football clubs will be looking at because it is difficult to contain and stop.

“We’ve seen first hand how it affects people – we’ve had two players who were very, very sick and one or two members of staff, one in particular nearly hospitalised.

“And no-one envisaged this new wave was going to be as powerful as it is.

“Financially it’s right to play on, but for me – morally it’s wrong. I understand people want to play a game of football but we are just as vulnerable as everyone else.” 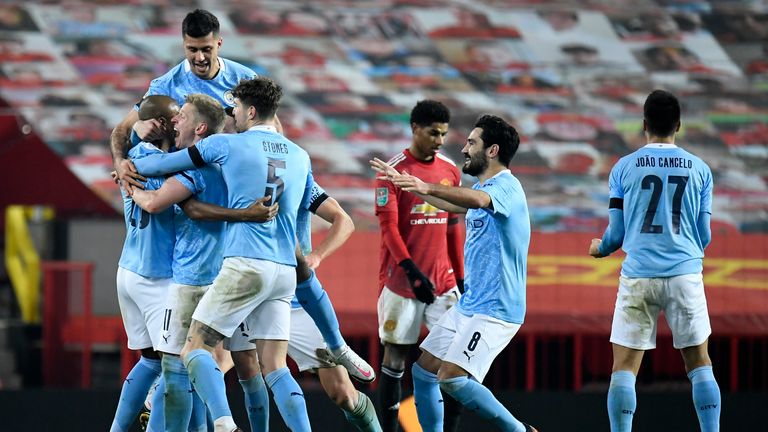 Football is about socialising and enjoyment

With a total of four Premier League games and over 50 EFL matches so far postponed, the Professional Footballers’ Association (PFA) has reminded players to embrace a sensible approach to celebrating goals amid the Covid-19 crisis.

However, Bruce believes it is easier said than done and will not condemn any team or player getting enjoyment from the game and celebrating.

“Lets be fair, when we are in football we are socialising,” Bruce said. “We may be taking all the protocols the right way and doing everything possible but how do you stop Manchester City from celebrating the way they did the other night?

“They were all in a huddle, celebrating, sweating, exhaling badly. If you stop that, you stop the whole enjoyment of sport.

“All of us are suffering but we are the lucky ones providing an entertainment that people can tune into and watch.

“There will come a stage though where we will have to make a decision – let’s hope there isn’t further outbreaks in the next few weeks.”

Bruce also confirmed captain Jamaal Lascelles is back in training after nearly two months out from Covid symptoms, while Allan Saint-Maximin has returned to the country but has not trained.

Saint-Maximin has also been suffering long-term effects of the virus with Bruce saying the player has been the worst affected. “Once it left him it has caused big problems,” said Bruce.