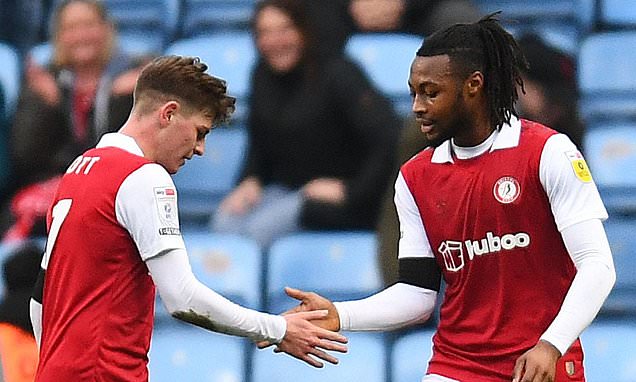 Coventry City 1-1 Bristol City: Antoine Semenyo finds the back of the net for the first time in three months to rescue a point for Nigel Pearson’s side

Antoine Semenyo’s first goal in more than three months earned Bristol City a point – but Nigel Pearson’s side will wonder how they did not come away with a much-needed victory.

Coventry, chasing a top six spot, looked to be in command after a strong start which saw midfielder Jake Bidwell score his first Sky Blues goal – almost a year after joining on a free transfer.

But the Robins came more into the game after that, with Ghana international Semenyo equalising after 28 minutes. 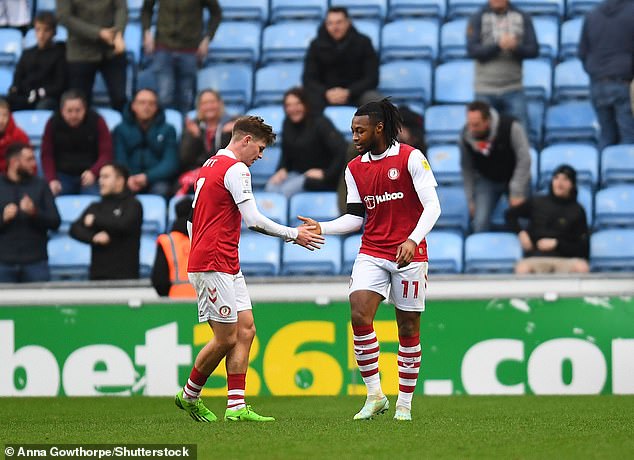 Bristol then saw a chance cleared off the line as they looked to improve on a run of just three wins in 18 games – a statistic which has put Pearson under pressure.

But they wasted a gift of an opportunity to take the points with 15 minutes left. 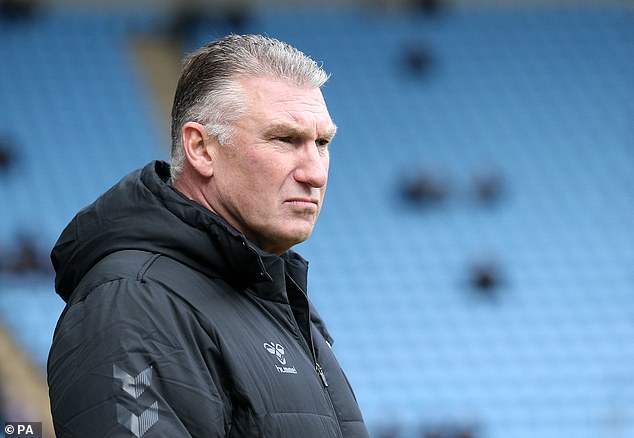 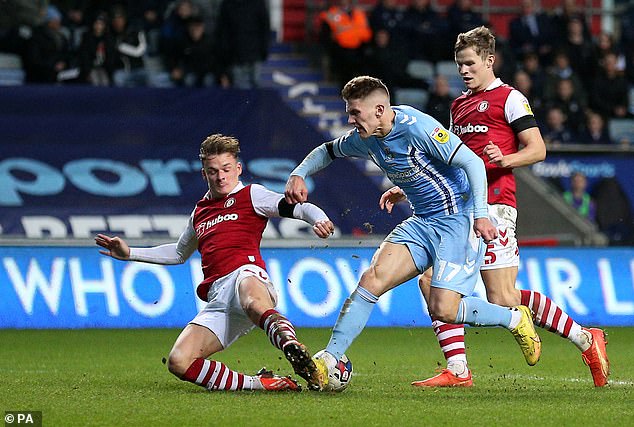 Coventry, chasing a top six spot, looked to be in command after a strong start

Semenyo raced clear on the right and crossed for Andi Wiemann who appeared to have plenty of time to convert from a yard out.

But somehow he made a mess of his shot, Coventry recovered and Weimann ended up handling the ball as he tried to force it over the line.

That earned him a booking from ref Jeremy Simpson.

Coventry opened the scoring after 11 minutes. Gus Hamer caused problems on the right and pulled the ball back into the six yard box.

Bidwell’s first shot was saved by goalkeeper Max O’Leary, but the Coventry man was determined to break his duck – and he followed up to head his side into the lead.

But City levelled when Semenyo stabbed the ball home from 10 yards as he converted Cam Pring’s cross.

Coventry’s in-demand striker Viktor Gyokeres was a key figure in defence as he cleared off the line from Pring.

But there was little to choose between the sides after the break – but Weimann’s miss saw Pearson’s side leave the CBS Arena with more of a sense of frustration than Coventry.