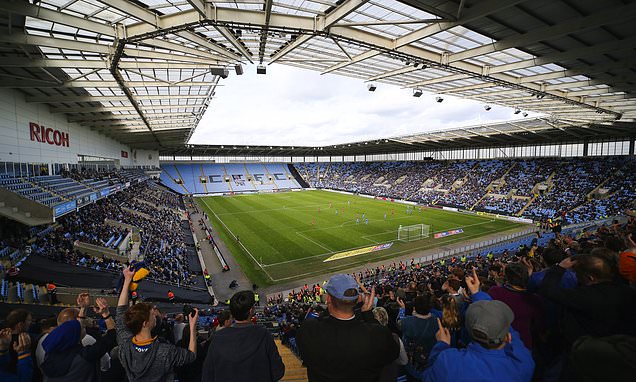 Coventry have finalised a deal to return to the Ricoh Arena for their home matches next season.

An agreement with rugby union side Wasps – the owners of the stadium – has been reached and the two parties have signed a 10-year license for the Sky Blues to play there until 2031, from the start of the 2021-22 season.

Coventry have shared Birmingham’s St Andrew’s stadium since August 2019 and will continue to play their home matches there for the remainder of this campaign. 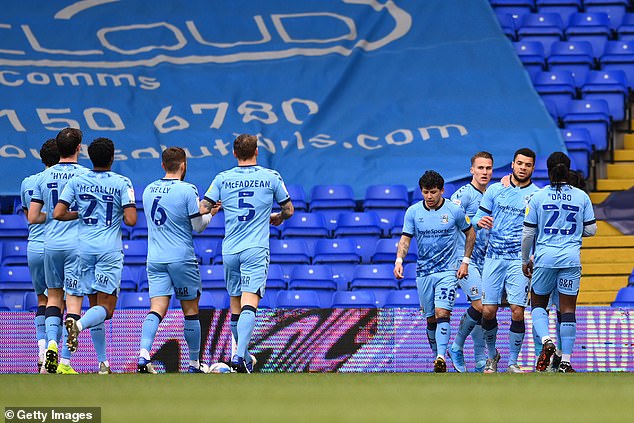 ‘This is fantastic news for the club, our community and most importantly the supporters,’ said Coventry chief executive Dave Boddy.

‘We look forward to building a positive and co-operative relationship with Wasps Group over the term of this agreement, the length of which allows us stability as a club as we look to continue our progress on and off the field.

‘The deal is also the best that the club has had at the Ricoh Arena in terms of access to commercial revenues, which will further aid the development of the football club. 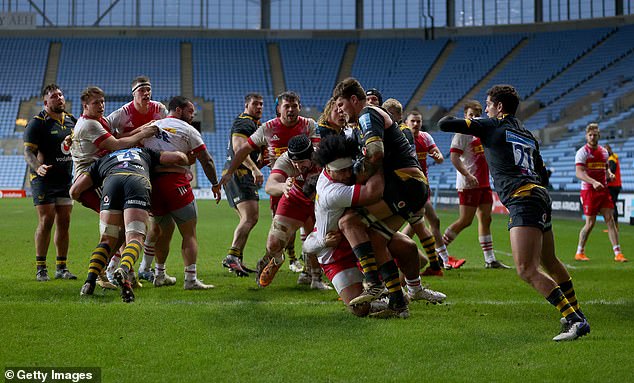 The club struck a deal with Rugby Union side Wasps, who are owners of the stadiums

‘We can’t wait for fans to return to the Ricoh Arena. There is much work to do and planning has already started, but we ask that fans bear with us as we put in place what we need to for our return before we communicate further information.

‘We know that the day that our fans are able to come back and watch their team in Coventry is one that they will be already looking forward to.’

Wasps Group chief executive Stephen Vaughan said: ‘We are delighted that Coventry City are returning to the Ricoh Arena – it is great news for the city.

‘It is time to put the past firmly behind us. There has been a massive amount of work going on behind the scenes to get us to this point as both organisations felt it was very important that we agreed a long-term deal to bring certainty and continuity, which would in turn allow us to build even stronger futures. 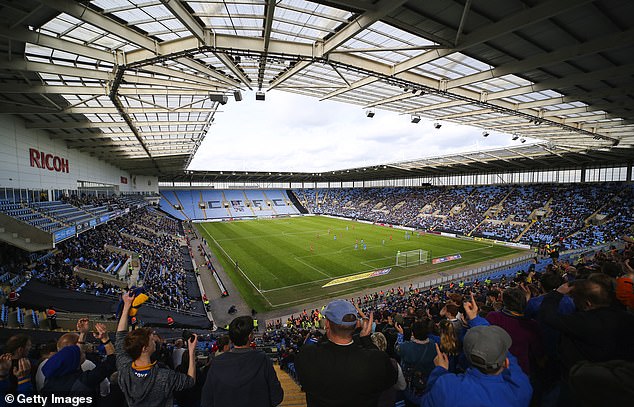 ‘August will now mark the start of a new era for both Wasps Group and Coventry City.’

Coventry’s return to the Ricoh Arena will mark the end of a long-running saga. The Sky Blues left Highfield Road in 2005 to move to the stadium but, after a long-running rent row escalated, they spent the 2013-14 season playing their home games at Northampton’s Sixfields.

They returned to the Ricoh Arena in September 2014, with Wasps moving in later that year. The ground, part-owned by the city council, was then sold to the Premiership rugby union club.

Coventry spent the next four full seasons there but Sisu, the club’s owners, could not reach an agreement with Wasps to play the 2019-20 campaign there and found alternative arrangements at St Andrew’s. 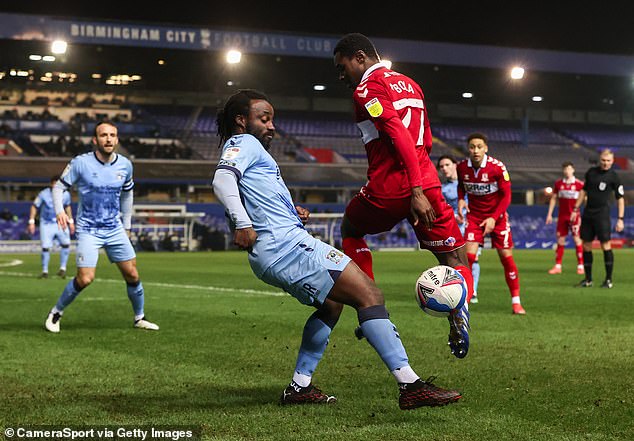