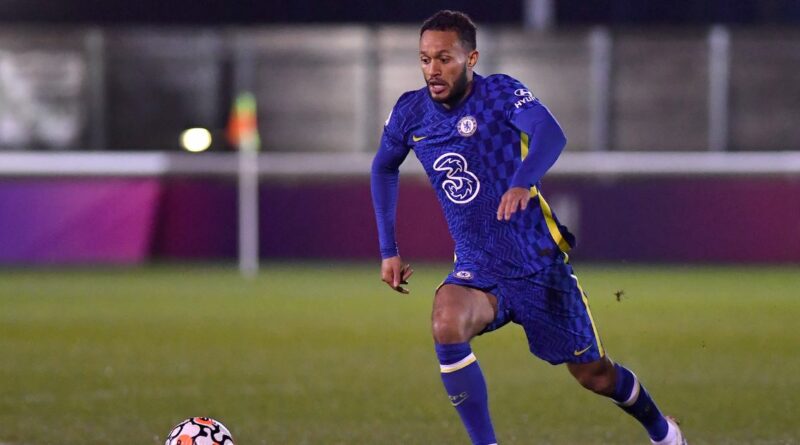 Lewis Baker looked set to make his first Chelsea appearance in eight years against Brentford in the Carabao Cup.

Thomas Tuchel's side has been ravaged by injuries and Covid-19 positive cases, but if both sides can name 13 players, the game must go ahead.

Chelsea attempted to postpone their fixture with Wolves over the weekend, but their request was declined.

And with the hectic schedule of fixtures on the horizon, it could have proven an unlikely return for Lewis Baker, who last made an appearance in 2014.

But after training with the first-team Baker has now tested positive for Covid-19.

Baker joined the Chelsea youth set-up in 2005, after a season with his local side Luton Town.

And he continued to impress as he worked his way through the youth ranks all the way into the first-team fold, in 2014.

It was in January 2014 when Baker made his sole appearance for the Blues when he replaced Oscar as an 87th-minute substitute during a 2-0 FA Cup win over Derby County.

The following summer he was officially promoted to the first team, but he became a victim of Chelsea's loaning empire.

Baker first loan spell saw him move up to Yorkshire to play half-a-season with Sheffield Wednesday before seeing out the remainder of the campaign with MK Dons.

He then spent two years in the Netherlands with Vitesse Arnhem before spells with Middlesbrough, Leeds United, and Reading.

In recent years, Baker has been found plying his trade abroad.

He was on loan at Fortuna Dusseldorf in Germany during the 19/20 campaign, and he spent last season in Turkey at Trabzonspor.

However, now 26, Baker has been back at Chelsea this season with the Under 23s, and he was called up to first-team training in the week.

But with a positive Covid test it now remains unclear if Baker will ever be handed another chance in the first team.