Lincoln fans say that one of the biggest mistakes in the club’s history was not doing enough to stop their manager Graham Taylor leaving to join Watford.

Taylor quit Lincoln in 1977 when they were in the Third Division and ready to push for promotion. He went to a club a division below but one that shared his passion for success and growth.

Watford are now in the Premier League, Lincoln in League Two, though they are at a 20-year high, first in the table and four points clear of the rest. 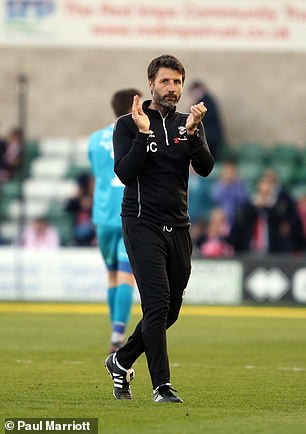 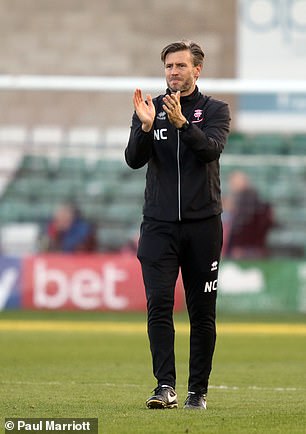 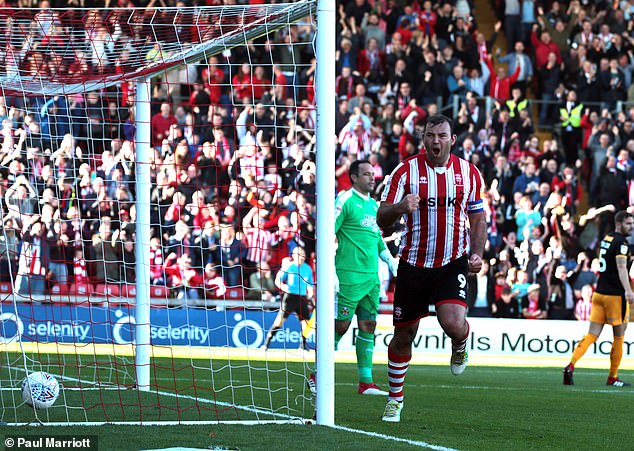 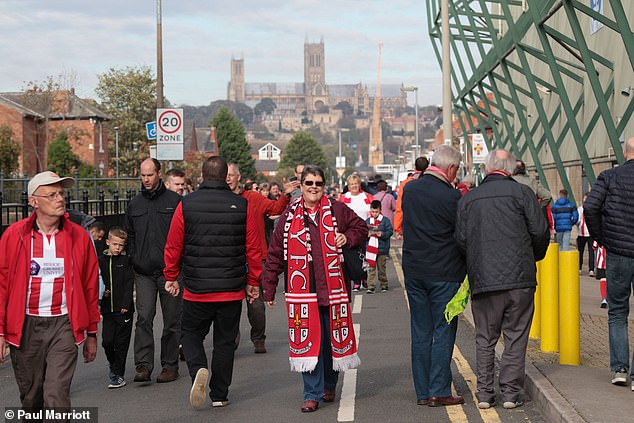 The club’s stadium, Sincil Bank, is set at the foot of Lincoln and looks up at the city’s cathedral

This time, Lincoln’s board, headed by South African chairman Clive Nates, are doing everything to show they have the same vision as manager Danny Cowley and his brother, assistant manager Nicky.

Under the Cowley brothers, who were appointed in May 2016, Lincoln have enjoyed two richly successful seasons. There was a famous FA Cup run which saw the Imps become the first non-League side to reach the quarter-finals for 103 years, and promotion back to the Football League in the Cowleys’ first season.

In March, Lincoln won the Checkatrade Trophy in the club’s first appearance at Wembley, and they reached the League Two play-off semi-finals. Now into season three and Lincoln are flying. 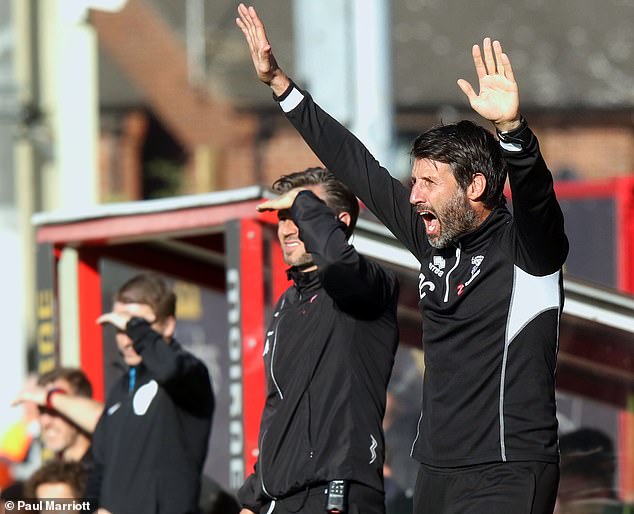 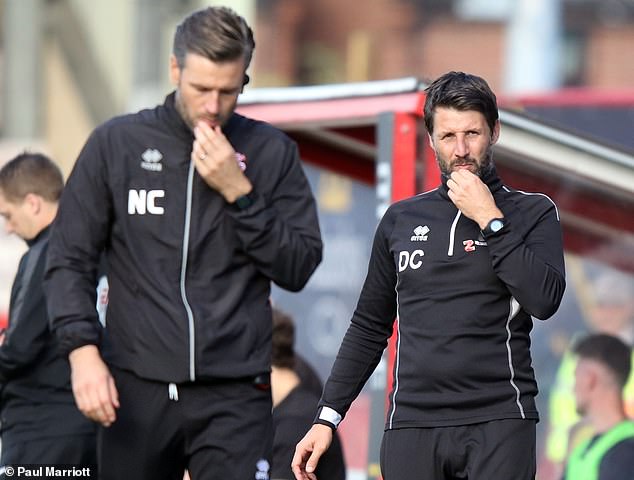 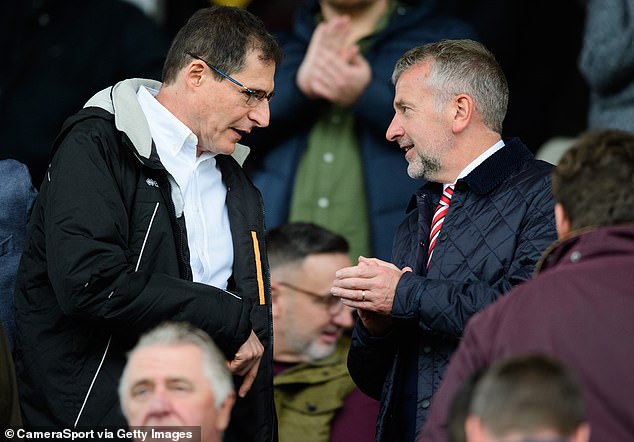 Fresh investment – more of which is yet to come from Nates’s SportVest capital fund – and average gates of 10,000 has provided a bigger budget to help Cowley sign better players and a new £1.3million training complex has enabled him and his brother to work more efficiently.

‘We’ve gone from training between an army barracks and a school field to an elite facility,’ Danny Cowley says.

‘We have needed to match Danny and Nicky’s ambitions,’ Nates says. ‘If we hadn’t tried to align ourselves with those ambitions then Danny and Nicky probably wouldn’t be with us.’

Southend, Ipswich and Barnsley all enquired about them last year. Contract extension after contract extension, as well as moving the brothers’ family to Lincoln from Essex, have shown the club’s commitment to the duo’s ambition.

‘We want to manage at the highest level,’ Cowley says. 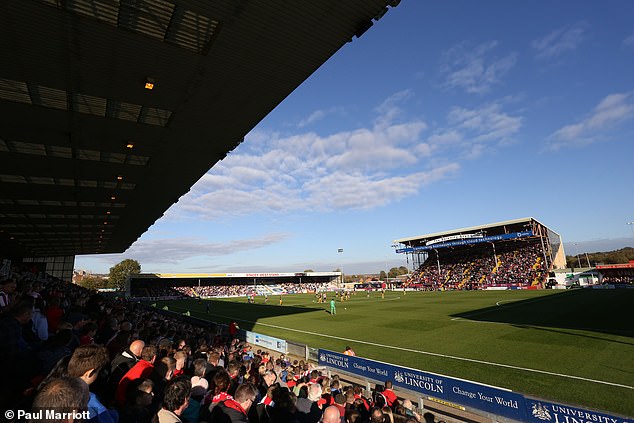 Lincoln continue to attract healthy crowds with 10,000 coming through the gate on average 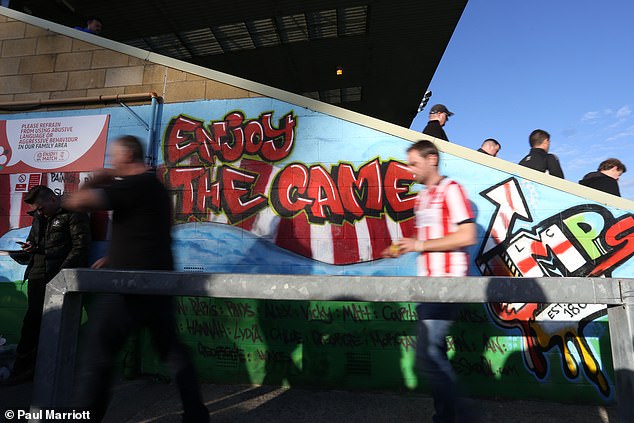 For Nates, the example of Bournemouth, who went from the old Third Division to the Premier League in 12 years, is an aspiration.

He says: ‘Bournemouth and other clubs have shown it’s possible. In the past the club has missed out on opportunities to push on and we owe it to the fans to ensure that doesn’t happen again.’

The next step to achieving that is getting Lincoln into League One. Saturday’s 1-1 draw against Cambridge was badly affected by poor refereeing decisions, including a red card for 17-year-old Imp Ellis Chapman for a late challenge on Cambridge’s Gary Deegan. Lincoln took the lead through Matt Rhead before Jevani Brown equalised with a stunning effort from 25 yards.

The Imps are favourites for promotion. Indeed, given the Cowley brothers’ rapid rise from part-time management just over two years ago, one bookmaker, William Hill, is offering 12/1 on Danny becoming England manager by 2028.

He may laugh at the thought but he is dreaming big. ‘We’re not thinking about Tuesday’s game (against Carlisle), let alone May, let alone 2028. I’m 40 on Tuesday and I don’t wish my life away like that,’ he says.

‘This is only our third season in full-time management and our second in the League. All I know in this world is that the moment you get ahead of football, that’s the moment it bites you. We just live by the mantra that the better we do, the harder we work.’ 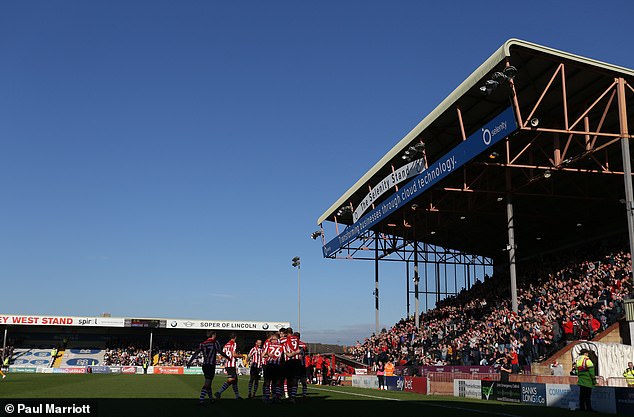 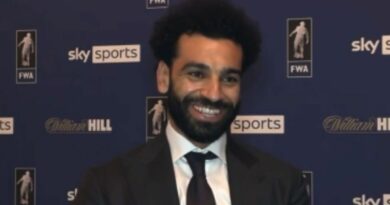 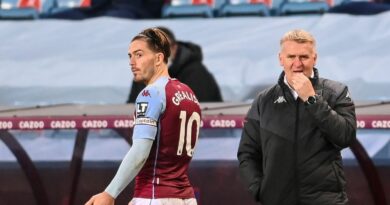 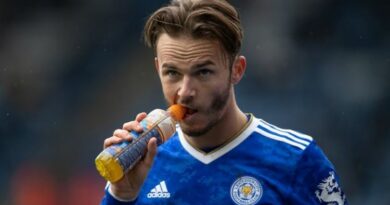