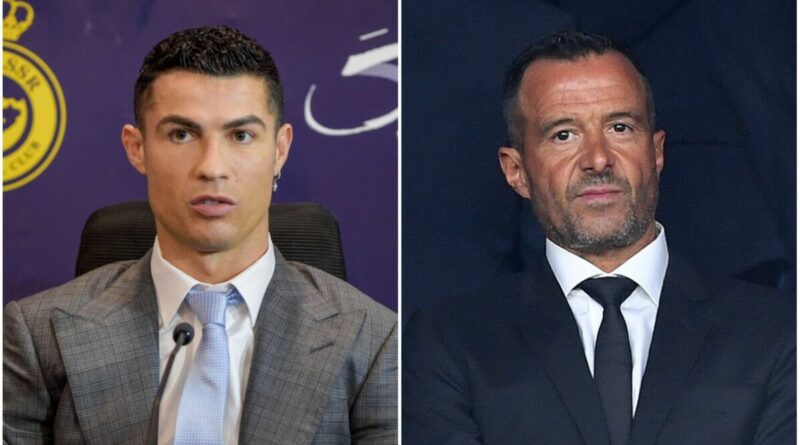 Football intermediary Roberto De Fanti has cast doubt on whether Cristiano Ronaldo has truly split from long-term agent Jorge Mendes, owing to the pair’s close relationship. Mendes was reportedly cut out of the Portuguese’s lucrative transfer to Saudi Arabian side Al-Nassr, which has made Ronaldo the best-paid footballer in history.

Mendes began representing Ronaldo during his 2003 move from Sporting Lisbon to Manchester United. In the years since, the veteran forward has scooped up five Ballon d’Ors and completed big-money moves to Real Madrid, Juventus and back to Old Trafford again.

Following his release from the Red Devils, Ronaldo’s latest venture is to the Middle East where he has signed a colossal £173million-per-year package with Al-Nassr. According to reports in Portugal, Mendes was not financially rewarded for the deal as the pair have become increasingly distant in recent years.

The Mirror claim that Ronaldo and Mendes’ professional relationship is effectively at an end but De Fanti, who represents the likes of Japhet Tanganga and Moritz Jenz under his own successful football agency, claims that a split would ‘surprise’ him if it truly happened.

JUST IN: Man Utd boss Erik ten Hag makes pundit eat his own words after being blasted as ‘dumb’

“It came out that they split. The only thing I read is that his deal was done by his commercial agent, who is a long-time friend of Ronaldo’s,” the Italian told Express Sport. “Did they really split? I really don’t know. If they did, it would surprise me.

“They had been together for more than a decade and I think Mendes is arguably the top agent in the world. I don’t know the ins and outs of what happened, there are so many potentially personal things that could have happened. Ronaldo did a documentary and spoke about Mendes as if he’s virtually family, so I would be surprised.”

A two-match ban carried over from Ronaldo’s time at United has prevented him from making his Al-Nassr debut as yet, although he is expected to make his bow in Saudi football later this week. The former Sporting youth prospect has been named captain of the Riyadh ST XI, who will take part in a blockbuster exhibition match against Lionel Messi’s Paris Saint-Germain on Thursday.

Ronaldo saw his Man Utd contract terminated by mutual agreement late last year after partaking in a fiery interview with Talk TV host Piers Morgan, which saw him lash out at manager Erik ten Hag. The tell-all discussion is thought to have taken place without Mendes’ green light which, if true, provides further evidence of the pair’s drifting partnership.

De Fanti spoke with Express Sport after featuring in ‘Deadline Day: Football’s Transfer Window’, which aired at the weekend. “I received an email from the production team and I thought it was a prank because I didn’t understand why anybody would be interested on a documentary on agents,” he said.

“I said if we’re going to do it, it has to be real. The premise is to show what our work really looks like 24/7. I just wanted to be myself and show the hardship behind it and what a stressful job it is. People have this perception that agents wake up in the morning, open the window and money starts flying in. That’s very far from the truth.” 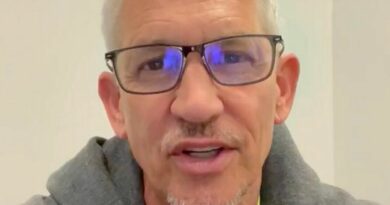