Manchester United appear to be facing the unenviable possibility of losing both Cristiano Ronaldo and Paul Pogba at the end of the season. The Red Devils, who currently occupy seventh place in the Premier League table, have endured a turbulent campaign despite spending in excess of £100million on new players over the summer.

Ronaldo joined the likes of Jadon Sancho and Raphael Varane in making the switch to Old Trafford before the all-important deadline, with the five-time Ballon d’Or winner penning a lucrative two-year deal upon his return to the club.

However, his presence has failed to boost United’s hopes of ending their long and painful trophy drought since winning the Europa League back in 2017.

It has already been suggested that Ronaldo could walk away from Manchester in the summer if the Red Devils fail to secure Champions League qualification over the coming months.

The Portuguese forward’s representatives held crisis talks with United director Richard Arnold to voice their concerns earlier this week, according to The Sun.

If Ronaldo does decide to leave the club ahead of next season, it seems likely that he will be followed by Pogba, who is yet to sign an extension to his current deal.

The Frenchman is widely expected to seek a new challenge in the not-too-distant future, with Real Madrid and Paris Saint-Germain said to be keeping a close eye on the situation.

The potential departures of Ronaldo and Pogba would appear to be a huge blow to United on face value, with both players able to run the show for Ralf Rangnick’s side when performing at their very best.

However, they could also serve as a blessing in disguise if their respective exits pave the way for Erling Haaland to join the club.

United have a long-standing interest in the Borussia Dortmund striker, who has firmly established himself as one of the planet’s most feared marksmen during his time in Germany.

He is said to have a release clause in the region of £67million that will come into effect at the end of the season, meaning that he could be snapped up for a relative bargain in the summer.

Haaland’s sky-high wages could emerge as a sticking point in negotiations, but United may have plenty of wiggle room if Ronaldo and Pogba are no longer on their books.

The aforementioned pair are two of the club’s biggest earners, picking up a combined total of just under £1m per week.

However, with Ronaldo only likely to leave United if they fail to qualify for the Champions League, it could be difficult to tempt Haaland to Old Trafford without a guaranteed place in Europe’s premier club competition.

The Red Devils could decide to sweeten their appeal, though, by using the money saved from their wage bill to land a top-class manager.

Mauricio Pochettino and Erik Ten Hag are said to be among the early candidates for the job on a permanent basis, with Rangnick set to take up a consultancy role at the end of the current campaign.

It remains to be seen whether Ronaldo and Pogba will eventually depart the club if United are unable to climb back into the Premier League’s top four this season.

Nonetheless, it seems as though it would not be the end of the world for the Red Devils if they both decide to move elsewhere, with the situation potentially able to boost their hopes of striking a mega-money deal for Haaland. 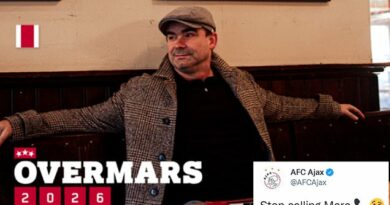 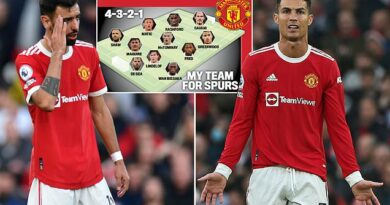