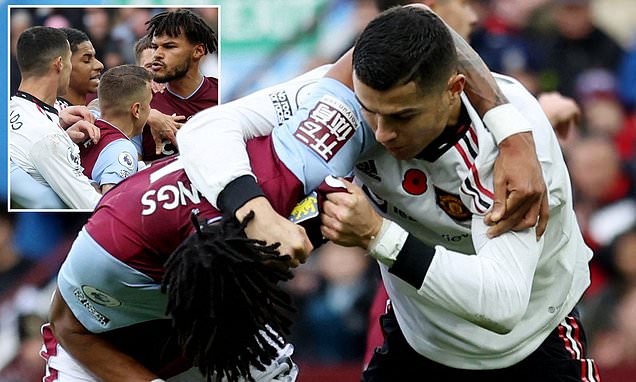 Cristiano Ronaldo and Tyrone Mings were caught up in an on-field tussle during Aston Villa’s 3-1 win over Manchester United on Sunday.

The two came to blows just before the hour mark during a United attack, when a simple jockey for position turned into a grappling match on the penalty spot.

The two were eventually separated by players from both sides before they each received a yellow card, with VAR checking the incident for reds, but no action was taken. 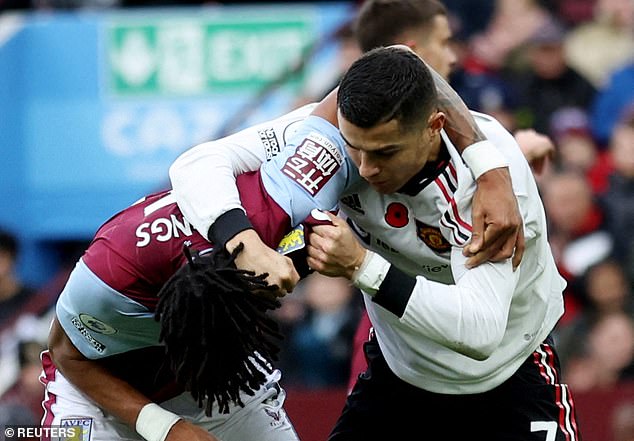 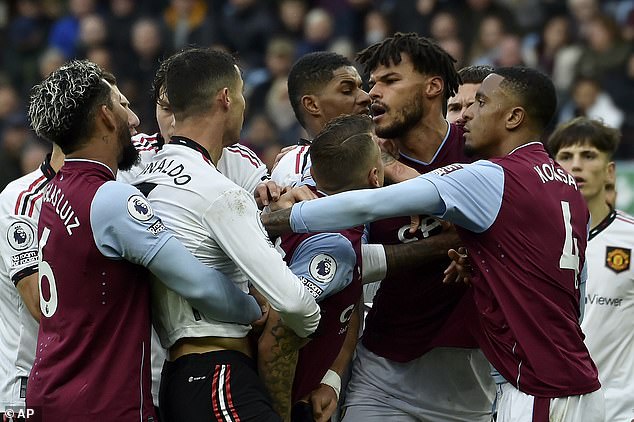 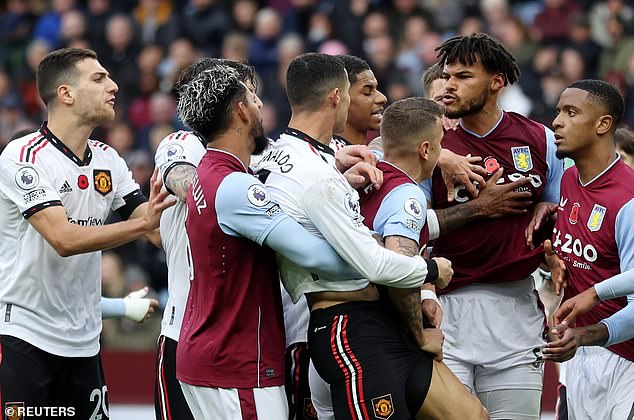 With Aston Villa 3-1 up and United youngster Alejandro Garnacho carrying the ball forward on the right, players fought to take up the best position in the penalty areas ahead of a potential cross.

Mings and Ronaldo seemed to grab hold of each other simultaneously, with neither player willing to let go.

The ball ran out of play but both players continued to tussle, turning their attention to one another, before Mings hit the ground, Ronaldo still attached. 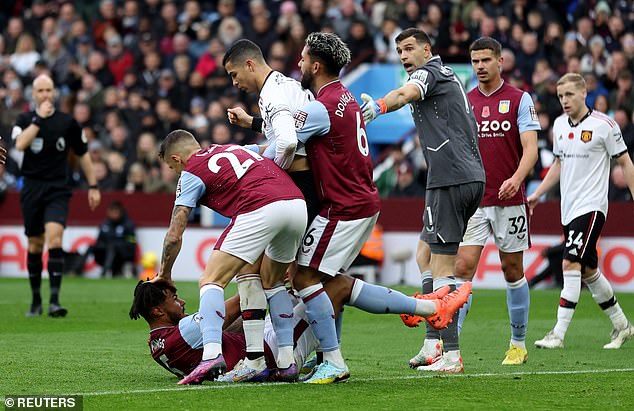 Lucas Digne and Douglas Luiz were the first players in to help separate things, before a heated exchange began which saw a melee of players run over.

When things calmed down, referee Anthony Taylor showed a card to both players, who were relieved to see it was red rather than yellow, which stood after a VAR check.

Villa won the game 3-1 in Unai Emery’s first match in charge since taking over from Steven Gerrard, as United slipped to their first league defeat in six games. 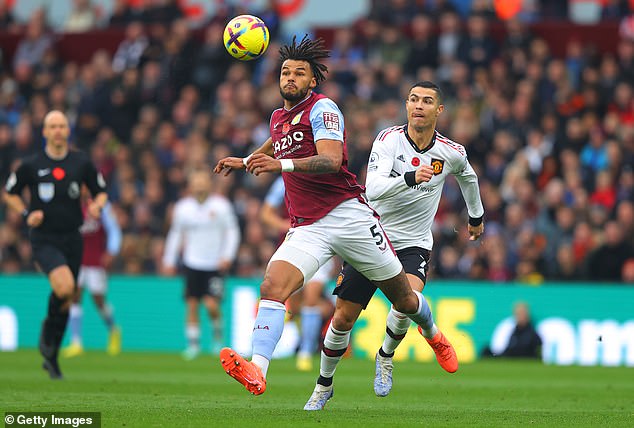 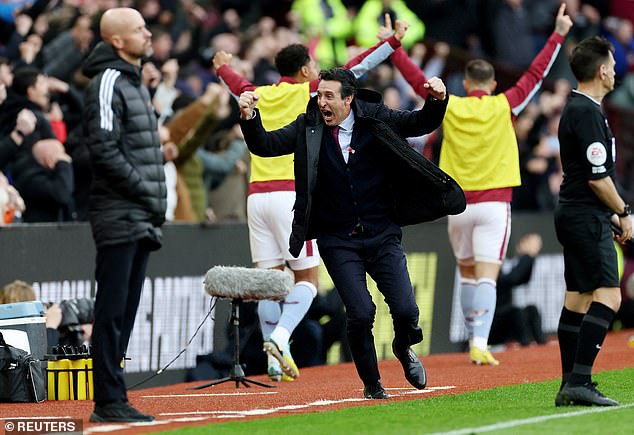 The Midlands side raced into a 2-0 lead after strikes from Leon Bailey and Digne, but a Jacob Ramsey own goal halved the deficit just before the break.

Ramsey though made it 3-1 early in the second half as Villa saw the game out to earn a much-needed three points.

Ronaldo captained United despite making his desire to leave the club clear and causing controversy when he refused to come on as a substitute during the Red Devils’ win over Tottenham in October. 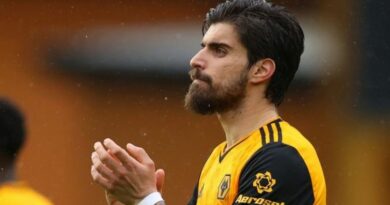 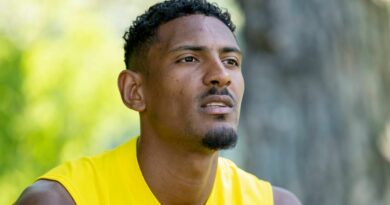