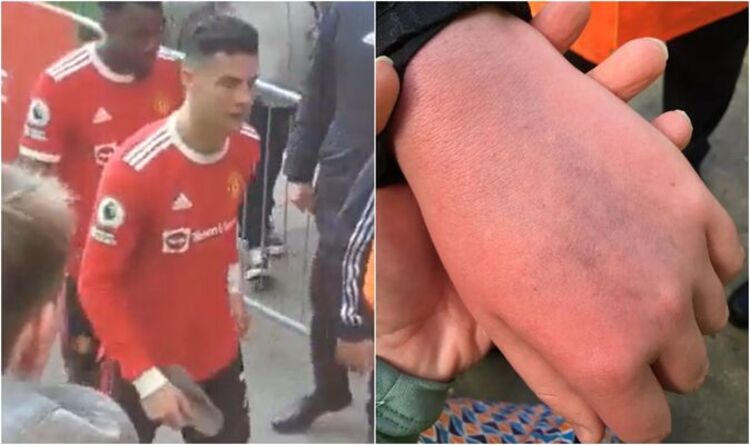 Cristiano Ronaldo has been branded ‘rude’ by the mother of the Everton fan who had his phone apparently slapped onto the ground by the Manchester United star after falling to a frustrating defeat against Everton on Saturday. The Portuguese issued a public apology to the youngster after damning footage of the incident at Goodison Park circulated on social media.

United fell to their second defeat in three games on Saturday when a lacklustre and timid display allowed Everton to claim an unlikely 1-0 victory. Anthony Gordon’s goal was enough to send the Red Devils packing and boost the Toffees’ chances of Premier League survival.

As United’s players trudged down the tunnel with their heads down, a limping Ronaldo swiped at an Everton fan’s phone which sent it crashing to the ground. The 37-year-old then issued a social media apology to the unlucky fan after photos emerged of a broken phone and a bruised hand, which included an invitation to a match at Old Trafford. The victim’s mother, Sarah Kelly, has since spoken out on the incident.

“The apology or lack of apology was what angered me even more,” she told The Telegraph. “I thought, ‘How rude – you are telling everybody you have apologised and you haven’t’. OK, you have put it out to social media but you should be apologising to my son.

JUST IN: Tottenham will be ‘happy Luis Diaz went to Liverpool’ as Dejan Kulusevski form applauded

“He [Ronaldo] had several hours to ponder on it. He should have found out our contact details and been private, said he had spoken to us and released something. I would have been happy with that.

“I was quite shocked United hadn’t put a statement out asking us to get in touch, just something a bit heartfelt, rather than Ronaldo saying the supporter can come to me. That comes across really, really rude to me.

“Why would we, as Everton fans, go to United? He put, ‘this supporter’ It doesn’t state if he was an Everton supporter or a United supporter. It’s just a very, very weak apology in my opinion.

“It was our first time [together at football]. Jacob is obsessed with Everton and football. It’s his passion. It just took a complete shine off the game, the win, the experience. I’m not even thinking of the day I had with him, the nice time before the incident. I’m just thinking of the last five seconds. It has completely spoilt it. It’s shocking.

“I did ask him: ‘Would you like to go? Ronaldo said we could go to United’. He said, ‘No, mum, I would never want to see him again’. That’s upsetting because Ronaldo was one of the reasons he wanted to go to the United game.”

Merseyside Police then announced that they were investigating an ‘alleged assault’ at Goodison Park with CCTV footage and witness enquiries forming part of the process. United stated that they were aware of the incident and would cooperate to see it resolved.

The Sun claim that Ronaldo will not face punishment from the Red Devils, however. Defeat to Everton looks to have derailed this season’s top-four bid which, it is claimed, will increase the likelihood of a summer exit for the former Real Madrid superstar. 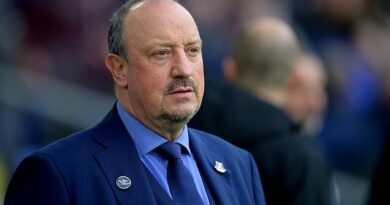