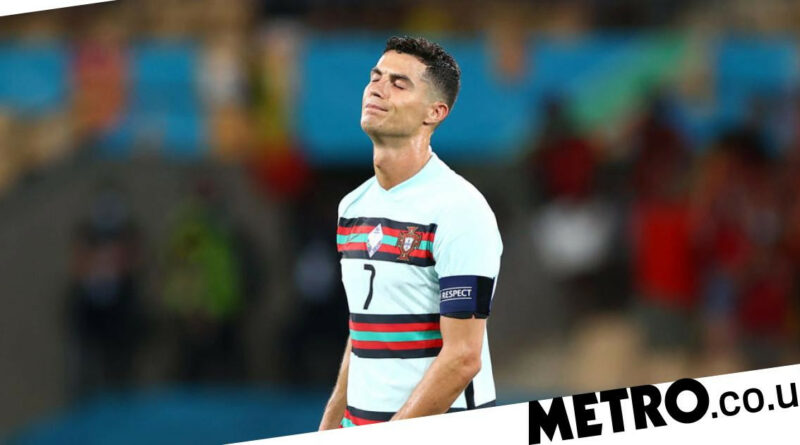 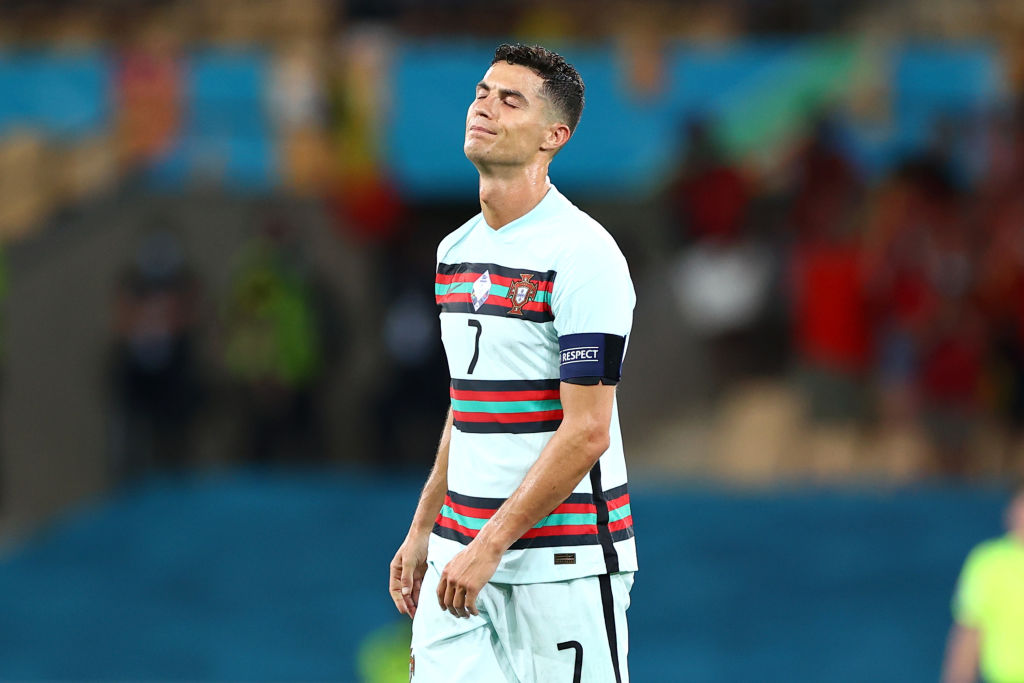 Cristiano Ronaldo says he is ‘proud’ of Portugal’s efforts at Euro 2020 after the defending champions were dumped out of the tournament by Belgium on Sunday.

Thorgan Hazard’s strike from distance in the first half was enough to send Roberto Martinez’s side through to the quarter-finals, where they will play Italy.

Despite enjoying the majority of the possession and registering 23 shots, Euro 2016 winners Portugal were unable to find a breakthrough as they succumbed to a 1-0 defeat in Seville.

Juventus striker Ronaldo was visibly enraged at the full-time whistle as he threw his captain’s armband on the floor.

But taking to social media on Monday, the 36-year-old congratulated Belgium for their last-16 win and promised that Portugal will return stronger than before.

‘We didn’t get the result we wanted and we left the race sooner than we wanted,’ Ronaldo wrote on Instagram.

‘But we are proud of our journey, we gave everything to renew the title of European Champions and this group proved that it can still give much joy to the Portuguese.

‘Our fans were tireless in supporting the team from start to finish.

‘We ran and fought for them, in order to live up to the trust they placed in us.

‘It was not possible to get where we all wanted, but here is our sincere and profound thanks.

‘Congratulations to Belgium and good luck to all the teams that remain in the competition. As for us, we will come back stronger. Forca Portugal!’ 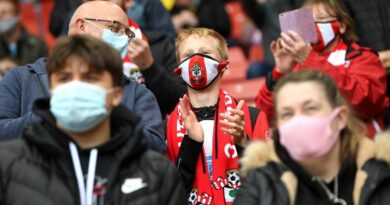