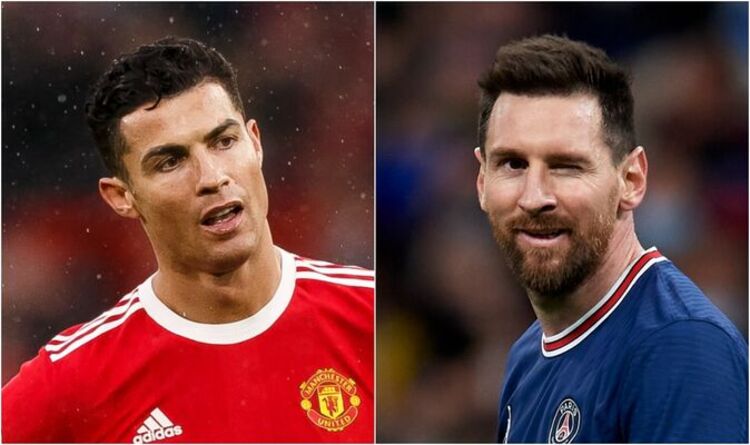 Cristiano Ronaldo admirers have hit out at news that Lionel Messi will sport ‘GOAT’ on his Paris Saint-Germain strip next season thanks to a new sponsorship deal. The two superstars are broadly considered to be the greatest of all time, an accolade denoted by the same acronym, in an age-old football debate which shows no sign of slowing down.

Both players began this season facing a new challenge which presented a fresh angle to the GOAT debate. Ronaldo made a sensational return to Manchester United after leaving Juventus, while Messi was ushered out of Barcelona due to financial issues and signed for PSG.

Neither’s path has been particularly smooth or simple since. In essence, both have missed the opportunity to stamp their authority on the ‘GOAT’ title by proving that they can pass every football test with flying colours.

PSG may have found a clever marketing strategy to draw attention back towards their dazzling Argentine, however, as a new sleeve sponsorship with the GOAT lifestyle app is set to land Messi and co with a flattering new look from the start of next season.

Many believers that Ronaldo sits alone as the best player of all time took the opportunity to respond by fighting their idol’s corner. On Twitter, @honestmifan_ said: “[Messi] has to do things like these to be branded as GOAT. My idol would never do these cringe activities.”

Amid a barrage of other responses, Bekham added: “Nice of him to rep Cristiano. He’s still finished though.” Meanwhile, @iAmComputer_ claimed: “You earn the GOAT status, this is a self-proclaimed GOAT title.”

Messi has struggled to recreate his sparkling form at Barcelona since moving to the Parc des Princes last summer. On the face of it, a meagre total of three Ligue 1 goals in his debut campaign is hugely disappointing, but adding 13 assists and five Champions League strikes into the equation paints an altogether rosier picture.

The seven-time Ballon d’Or winner may have to deal with more change next season if compatriot and coach Mauricio Pochettino leaves PSG as expected. Zinedine Zidane is heavily rumoured to be taking his place, which would controversially see Messi work with a former Real Madrid legend.

Ronaldo’s future is far from certain either as Man Utd look destined to fall short in their bid to qualify for next season’s Champions League. A managerial change is also set to take place at Old Trafford with Erik ten Hag, who has reportedly reached a verbal agreement to replace interim boss Ralf Rangnick, poised to take charge.

The iconic duo have spent almost two decades pushing each other on to maximise their careers. It remains to be seen what the future holds and whether Messi can vindicate PSG’s crafty new sponsorship deal. 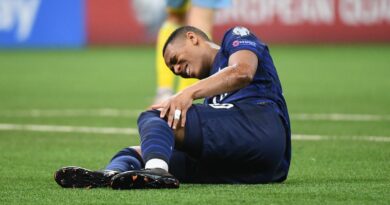