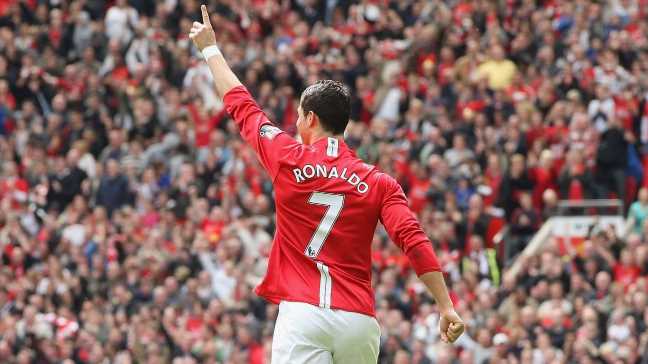 Manchester United confirmed Cristiano Ronaldo will wear the No. 7 shirt after he re-joined the club from Juventus.

The Old Trafford side announced Ronaldo had officially signed on Monday after posting confirmation of an agreement with the player to make the move the previous Friday.

And on Thursday, moments after posting a a teaser clip of a United shirt with Ronaldo’s name on the back, announced he would wear the No. 7 shirt he wore during his first spell at the club and has become part of his CR7 brand.

Edinson Cavani had initially been handed the No. 7 shirt at the start of the campaign, having worn it last season, and appeared in the victory over Wolverhampton Wanderers in it.

United announced he will take the No. 21 shirt — vacated by Daniel James following hid departure to Leeds United — which Cavani wears while playing for Uruguay.

United posted a tweet with an image of Ronaldo and Cavani arm-in-arm during an international match, along with the words “mark of the man” and a statement from the Portugal captain which read: “I wasn’t sure if I would be able to wear the No. 7 shirt again, so I would like to say huge thank you to Edi for this incredible gesture.”

After leaving United, Ronaldo spent a season as Real Madrid’s No. 9 while club legend Raul Gonzalez kept the No. 7 for this final season. Since then, Ronaldo has exclusively worn the No. 7 while at Madrid and then Juventus as well as for Portugal.

The No. 7 shirt holds iconic status at United, having previously been worn by George Best, Bryan Robson, Eric Cantona and David Beckham.

Since Ronaldo’s departure in 2009, the players who wore it struggled to live up to expectation. Michael Owen took the No. 7 shirt for three seasons when he arrived that summer.

It was handed to Antonio Valencia in 2012 for a campaign but he returned to the No. 25 after suffering a dip in form.

United went the 2013-14 season without a No. 7 before Angel Di Maria took the shirt, but left for Paris Saint-Germain less than 12 months later. Next, it went to Memphis Depay and Alexis Sanchez and eventually Cavani took it in 2020.