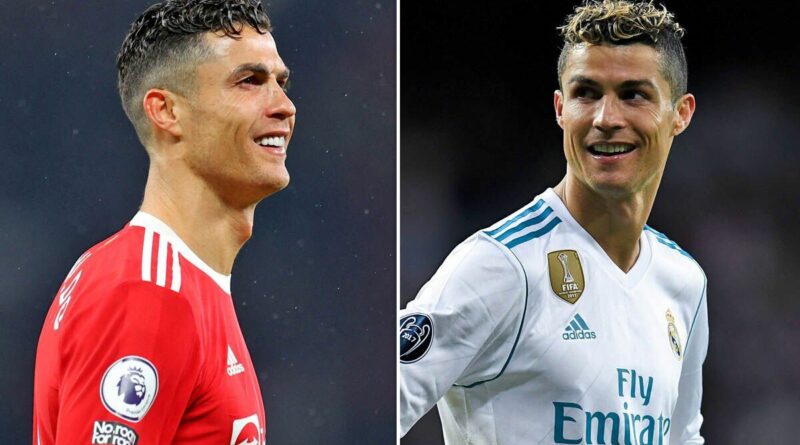 Cristiano Ronaldo may have scored 24 goals for Manchester United across all competitions this season but his long-term future at Old Trafford is up in the air. Real Madrid have emerged as potential suitors for the Portugal international. And, unlike in 2009, they won’t have to pay a world-record fee to acquire his services.

And history may repeat itself this year, with Los Blancos keen on a reunion with their former No 9.

Without Ronaldo, Real have flourished this season. Karim Benzema and Vinicius Jr have stepped up, while they’re now on the verge of reaching the Champions League final for the first time since 2018.

Yet reports recently stated the La Liga giants were keen on re-signing the 37-year-old, four years after he departed.

It was claimed it could take a fee as little as £10million to prise him away from United, who are primed to rebuild their squad under Erik ten Hag.

And while Ronaldo has been tight-lipped on a return to Madrid, he hasn’t been in the past.

Back in the summer, when he was gearing up to leave Juventus, widespread reports suggested he could move back to the Bernabeu.

But Ronaldo took to Instagram to fiercely deny those claims and insist his chapter with the club was closed.

“Anyone who knows me is aware of how focused I am on my work,” he said at the time.

“Less talk and more action, this has been my guiding motto since the start of my career.

“However, in view of everything that’s been said and written recently, I have to set out my position.

“More than the disrespect for me as a man and as a player, the frivolous way that my future is covered in the media is disrespectful to all the clubs involved in these rumours, as well as to their players and staff.

“My story at Real Madrid has been written. It’s been recorded. In words and numbers, in trophies and titles, in records and in headlines. It’s in the Museum at the Bernabeu Stadium and it’s also in the minds of every fan of the club.

“I know that the true Real Madrid fans will continue to have me in their hearts, and I will have them in mine.

“As well as this most recent episode in Spain, there have been frequent news and stories associating me with a number of clubs in many different leagues, with nobody ever being concerned about trying to find out the actual truth.

“I’m breaking my silence now to say that I can’t allow people to keep playing around with my name. I remain focused on my career and in my work, committed and prepared for all the challenges that I have to face.

Those telling comments suggest he’s not interested in returning to Real.

And that’s despite United enduring a troublesome campaign.

The Portugal international has been unable to prevent the club from sliding into the Europa League qualifying positions this season.

And it’ll be fascinating to see what happens as Ten Hag prepares to take charge.

If Ronaldo does stay at United, Jamie Carragher thinks Ten Hag will need to have a ‘conversation’ with the 37-year-old.

“I think a top manager will come in and have that conversation with him and cut that rubbish out, like at Brentford when he is shaking his head 15 minutes after coming off,” Carragher explained on Monday night.

“That is where Ronaldo has to be more mature and be a better leader.

“Of course you are disappointed when you come off but don’t keep it up for one or two days, that is where you have to sort that maturity out.

“Even Ronaldo has to look at the bigger picture.

“And when you do have that conversation as a top manager, make it plain to him that won’t be tolerated, if he is not buying into that then you do say, ‘No, you’re not going to be part of my plans’.

“If he is thinking he has to play every minute of every game, that is rubbish at his age anyway.” 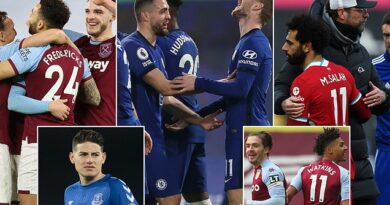