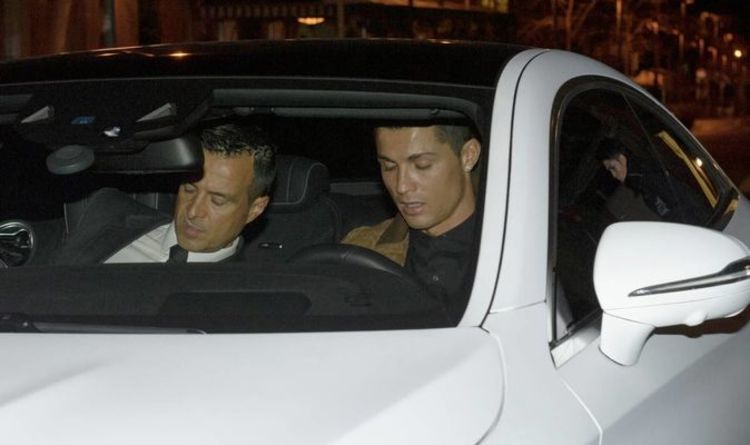 Cristiano Ronaldo’s agent Jorge Mendes has jetted in to hold a crisis meeting with the Portugal international. The Manchester United star is eyeing a departure amid the calamitous handling of the club behind closed doors.

Ronaldo could be set to cut short his time at United just months after joining amid the current crisis at the club.

The forward’s agent has flown into the country to hold a meeting over his future as Ralf Rangnick’s problems mount up.

The German coach is experiencing a manic first couple of months in charge with a reported 17 players wanting out.

But that is not all after it emerged that there is large-scale disgruntlement over Rangnick’s training methods and his tactics have not gone down well with the squad.

And that appears to have reached Ronaldo, who is having major doubts over his dream return to Old Trafford.

According to The Sun, the five-time Ballon d’Or winner is starting to believe that coming back to the club he joined as an 18-year-old was a mistake.

He has become frustrated with the way United play while also becoming disillusioned with life under Rangnick.

A source told The Sun: “He desperately wants his United move to be a success, but he is starting to recognise that winning trophies with the current set up could be a real struggle.”

Behind the scenes, there is turmoil at United while nothing has been solved from the problems that emerged under Ole Gunnar Solskjaer.

While the Premier League title became a myth months ago, even a top four spot looks unattainable with Arsenal and Tottenham growing in form while the Red Devils stagnate once more.

And those that are on the sidelines believe they have been shut out of the squad, with the likes of Jesse Lingard, Donny van de Beek and Anthony Martial frustrated by the lack of playing time.

But Rangnick has told his fringe stars to remain professional no matter the situation.

“We have a big squad,” he said. ”If you have that many players and only 10 outfield players can play, and three being substitutes, then you have quite a number of players who don’t play or are not even in the squad.

“Those players are unhappy about the situation. It’s obvious. It’s clear.

“We also have players with contracts expiring in the summer and maybe also one or two who want to leave even though they are under contract.

“It’s about the players dealing with that situation in a professional way. As far as I can tell so far the players have been doing that. If I realise this is not the case, I will address the players directly.” 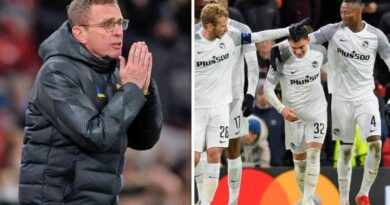