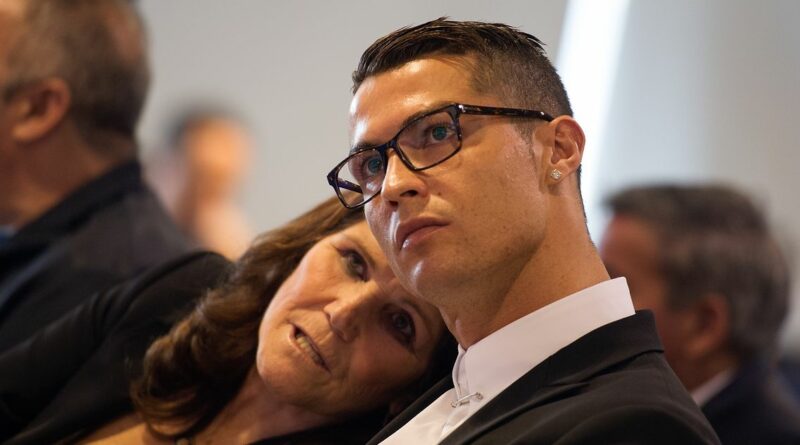 Cristiano Ronaldo opted to rejoin Manchester United this summer after deciding that his time at Juventus should come to an end – despite the words of his mother.

The 36-year-old has been very close with mum Dolores Aveiro throughout his life and career, but her dreams of him returning to Portugal with Sporting Lisbon might have been slightly optimistic.

Ronaldo joined his boyhood club at the age of just 12 back in 1997, going on to make his first-team debut in 2002 – scoring twice on his debut and later catching the eye of Sir Alex Ferguson.

Following six seasons at United, nine at Real Madrid and three with Juventus, many thought that Ronaldo would either push for a move to England – or even back home.

Talks over a Sporting return came up earlier this year when they won their first Premier Liga title since 2002 as his mother chatting celebrating fans.

Speaking to supporters as they celebrated their league triumph, she said: "I’ll talk to him [Cristiano] to bring him back. Next year he will play in Alvalade [Sporting's stadium]."

With Sporting president Frederico Varandas telling Sic Noticias: "I think he will play here one day.

"Cristiano was among the first to send me a message to congratulate us for the championship victory.

Will Cristiano Ronaldo fire Manchester United to Premier League glory this season? Give us your title verdict in the comments section

"Now, however, he has another year on his contract with Juve and I know he wants to continue competing to win the Champions League.

"Obviously his return here depends on him: in addition to being a great player, Cristiano is a great fan of Sporting."

However, agent Jorge Mendes was quick to shut down those hopes, with Sporting unlikely to be able to pay Ronaldo the sort of money he will be earning at United.

Speaking to Portuguese publication Record, Mendes said: "Cristiano is proud of the title won by Sporting, in fact, as he has publicly demonstrated. But at the moment his career plans do not go through Portugal."

Ronaldo said on his return to United: “Manchester United is a club that has always had a special place in my heart and I have been overwhelmed by all the messages I have received since the announcement on Friday.

“I cannot wait to play at Old Trafford in front of a full stadium and see all the fans again. I’m looking forward to joining up with the team after the international games, and I hope we have a very successful season ahead.”