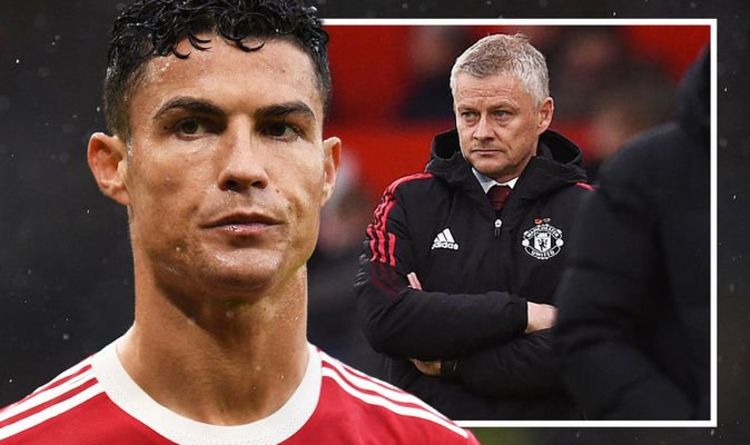 Ole Gunnar Solskjaer has been dealt another blow with Cristiano Ronaldo reportedly leading a ‘dressing room revolt’ against the Manchester United chief. Solskjaer was already on thin ice at Old Trafford prior to Saturday’s chastening 2-0 defeat to Manchester City.

That result means United have now lost six of their last 12 games and are alarmingly already nine points behind the early Premier League pacesetters, Chelsea.

Solskjaer was given three games to save his job after United were thrashed 5-0 by Liverpool a couple of weeks ago. The Norwegian has experienced mixed results, but could now find his position untenable due to matters off the pitch.

According to The Daily Mail, a host of senior United stars are unhappy with Solskjaer, with Ronaldo and Bruno Fernandes, two of United’s most influential stars, both airing their concerns – and United are now giving serious consideration to dismissing Solskjaer as a result.

Although he was aware that United are no longer the domestic powerhouse they once were, Ronaldo has apparently been left shocked by how far standards have fallen at Old Trafford.

His frustrations have been evident during the humbling results against Liverpool and City, with the Portuguese veteran fortunate to avoid seeing red in both games.

In addition to Ronaldo’s concerns, Fernandes has also been left frustrated by a lack of direction under Solskjaer.

Solskjaer has tweaked his tactics since the Liverpool game and it’s becoming clearer and clear that he doesn’t possess the tactical nous required to tangle with the likes of Pep Guardiola and the rest of the Premier League’s elite bosses – which is a concern given that the Old Trafford hierarchy were expecting a serious title challenge this term.

The report also goes on to highlight that there are a number of concerns over Solskjaer’s treatment of certain members of the squad.

Donny van de Beek has continued to be shunned whilst Solskjaer also appears reluctant to use Jesse Lingard, despite the attacker’s impressive returns from his limited minutes on the pitch.

The situation around van de Beek in particular appears to be on the cusp of giving Solskjaer a major headache.

The United squad are reportedly said to be confused at why the Dutchman hasn’t been given a real opportunity, whilst Old Trafford’s thunderous reaction to the midfielder’s introduction as a late substitute is the clearest hint yet that some United fans are on the cusp of turning against Solskjaer.

Although that will be a concern, the more pressing issue for the United boss will be using the international break to do whatever he can to keep his squad onside.