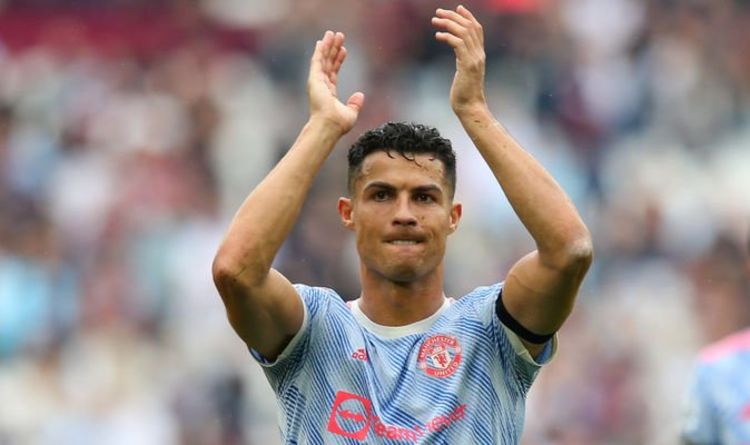 Cristiano Ronaldo has started his second spell at Manchester United in emphatic fashion, racking up four goals in his first three games since his return. At the age of 36 he still shows no signs of slowing down any time soon.

But Ronaldo has also hit the headlines for his behaviour on the sidelines following his return to Old Trafford.

After being substituted in United’s Champions League game with Young Boys last week, the forward was seen barking orders to his team-mates from the side of the pitch.

That leadership has led former England international Tim Sherwood to predict that Ronaldo will soon become the United boss.

“That boy will be a manager 100 per cent,” Sherwood said this week. “I would have a bet on him being Manchester United manager in 18 months.”

If Ronaldo does take the reigns at Man Utd, he would have a plethora of contacts to help him build a formidable squad.

And Express Sport takes a look at which former team-mates Ronaldo could attempt to lure to Old Trafford.

Unless Ronaldo were to become player-manager, he would need to hang up his boots to take charge of United.

That means he would be short of a striker. Ronaldo could turn to former Real Madrid team-mate Karim Benzema to lead the line at Old Trafford.

At 33 years old, Benzema is approaching his twilight years, just like Ronaldo, but still knows where the back of the net is.

Federico Chiesa illustrated his abilities this summer as he starred for Italy on their way to Euro 2020 glory.

At 23 years old, Chiesa has years of football ahead of him and could become a standout player in the Premier League under Ronaldo.

Chiesa has bags of energy and pace and would strike fear into the very best defences in the league.

Man Utd have seen big improvements this season and now appear to have a squad which can compete for Premier League and Champions League honours.

But arguably their weakest position lies in defensive midfield – United don’t have a world-class player to protect their back four.

The Red Devils were linked with the £100million-rated Declan Rice in the summer but no move materialised.

With Ronaldo at the helm, he may turn to 29-year-old Real Madrid star Casemiro, who played alongside the United forward for three years in Spain.

Casemiro has 58 caps for Brazil and is a player who also has four Champions League trophies to his name.

Man Utd signed Raphael Varane this summer to shore up their leaky defence and the centre-back has slipped in alongside Harry Maguire.

But the Red Devils still look shaky at the back and Ronaldo would surely want to get his hands on Juventus’ Matthijs de Ligt if he took over as boss.

At the age of 22, De Ligt is regarded as one of the most talented young defenders around and already has 31 caps for the Netherlands.

His arrival would also allow Ronaldo to play with a back three and wingbacks – a system Thomas Tuchel has successfully implemented at Chelsea since his arrival earlier this year.