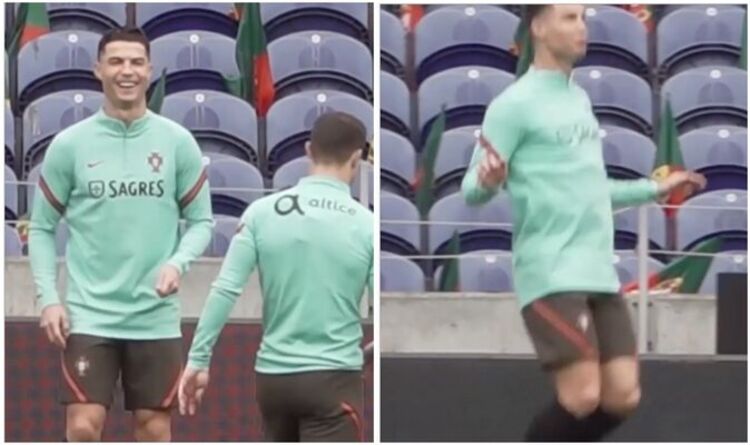 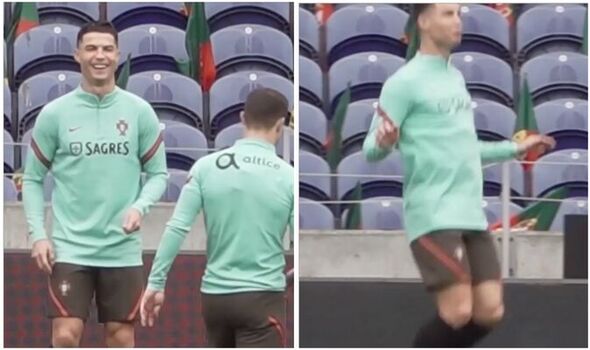 Cristiano Ronaldo has playfully mocked Arsenal’s Cedric Soares in Portugal training ahead of the country’s crucial World Cup play-off clash with North Macedonia. Fernando Santos’ men appeared to be in good spirits in the build-up to Tuesday’s crunch match as a relaxed Ronaldo imitated Soares’ leap during a light-hearted rondo in training.

Goals from Otavio, Diogo Jota and Matheus Nunes saw Portugal overcome Turkey 3-1 in a far from straight-forward encounter on Thursday night. Santos’ side nearly blew away a two-goal lead as Burak Yilmaz pulled one back, before squandering a vital effort from the penalty spot late on.

Ahead of the clash with North Macedonia, there were no sign of nerves in the Portugal camp as Ronaldo led the laughter following a humorous moment with Arsenal defender Cedric Soares. The pair were involved in a training rondo alongside a number of their team-mates when the drill took a comical turn.

JUST IN: Tottenham ‘ready to swoop’ for Traore as Barca wait for Wolves verdict

As the rondo descended into a round of head-tennis, Ronaldo nodded the ball to Soares, who promptly cushioned a header out of the circle. In response, the Manchester United superstar burst into a fit of laughter.

The iconic No.7 then turned to his team-mates to imitate the jump of the 5 ft 8 in Arsenal man. Ronaldo exaggerated Soares’ spring, tucking his legs under his body while holding his arms out in a graceful pose.

Ronaldo was in a far more serious mood following Portugal’s triumph over Turkey last week, insisting nothing had been achieved despite the win. Taking to Instragram, the 37-year-old issued a battle-cry to his fellow Portugal team-mates ahead of the decisive match with North Macedonia.

The United forward posted: “The first step has been taken towards our great objective, towards the 2022 World Cup. Nothing is won, nothing is achieved. We have to continue to work in a serious and focused way, respecting the opponent but always believing in our abilities. Power Portugal! Go to Qatar!” 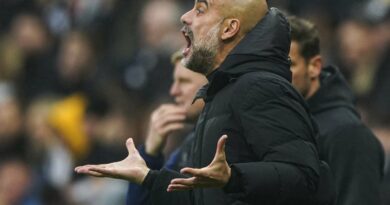 England’s Euro 2021 fixtures and potential route to the final