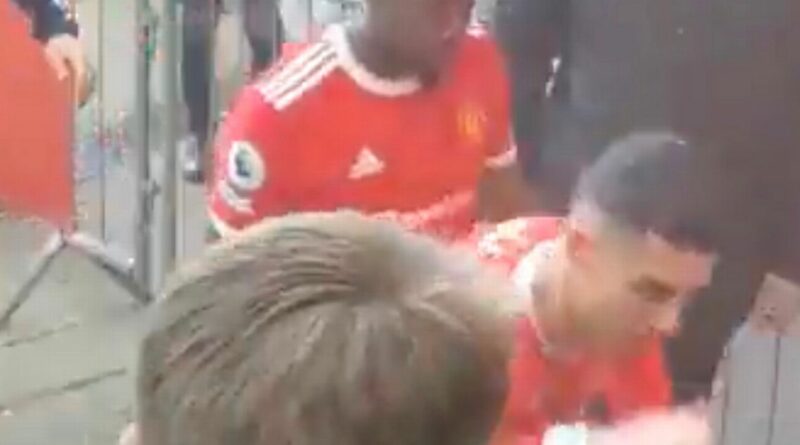 The footage of Ronaldo, 37, smacking the supporter’s phone to the ground in frustration following Manchester United’s 1-0 loss to Everton went viral. But the Portugal international released an apology on Instagram.

He wrote: “It’s never easy to deal with emotions in difficult moments such as the one we are facing. Nevertheless, we always have to be respectful, patient and set the example for all the youngsters who love the beautiful game. I would like to apologise for my outburst and, if possible, I would like to invite this supporter to watch a game at Old Trafford as a sign of fair-play and sportsmanship."

Following United’s torrid 1-0 defeat to Everton at Goodison Park, the former Real Madrid star was filmed marching down the tunnel when the alleged phone smash took place. The incident prompted his club to start a probe into the allegation, it has been reported.

A first viral video showed Ronaldo certainly hitting something, but a crowd member was in the way as the sound of an object striking the ground was heard.

Some argued it might have been the shinpad Ronaldo was holding. But then a second video surfaced of a much clearer view showing the player putting his shinpad into his other hand before appearing to strike down the supporter’s phone.

United had their Champions League dreams dampened on Saturday with the loss on Merseyside. Anthony Gordon scored the only goal of the game as Everton were handed a lifeline in their pursuit of survival.

United told the Daily Star in a statement: “We are aware of an alleged incident after today’s game at Everton and the club will cooperate with any police inquiries.”

United, meanwhile, have only won once in their last five and chances of a top-four spot are looking slim. Their goalkeeper, David de Gea, described the side’s defeat as ‘'a disgrace'.

“It's a disgrace from us, to be honest, we should win the game,' De Gea told BT Sport. We don't create, that's the problem. We don't even create proper chances to score. I don't know what to say, to be honest.

“We're not good enough, that's for sure. It's going to be very difficult now to be in the top four.We knew before they were struggling, but how difficult it is to play here even when they are not in a good mood, but they play with more desire.

“They played on Wednesday, they were tired, they were a bit nervous, you could feel it, and even with that we lose the game.” 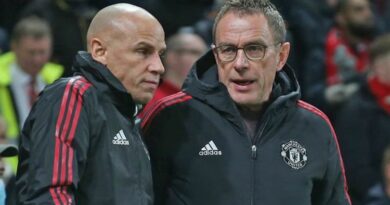 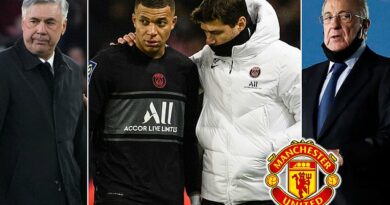