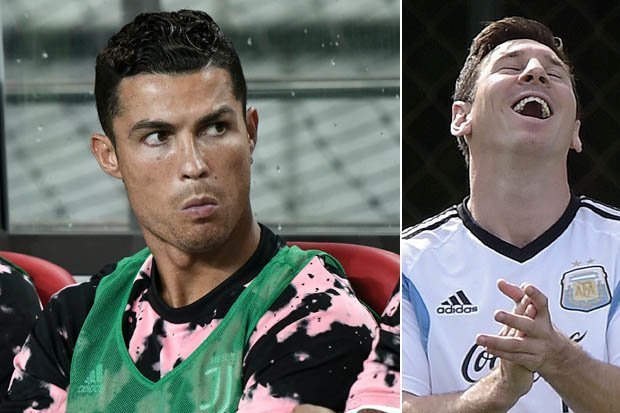 Juventus star Cristiano Ronaldo was expected to play in the clash against the K-League All Stars in Seoul, South Korea.

However an injury ruled him out of the game, and he sat on the bench and watched the 3-3 draw instead.

That appeared to infuriate fans who had forked out to see the football megastar.

Some supporters at the stadium were chanting Ronaldo’s name early in the match, but when he failed to emerge onto the pitch, those cheers soon turned to jeers.

And in an extra insult to the Portuguese, supporters began chanting the name of his rival Lionel Messi.

K-League expert Matthew Binns was at the game and tweeted about the home fans’ anger about not seeing Ronaldo in action – and Juventus’ failure to engage with their hosts.

“Fans angrily chanting for Ronaldo as Juventus continue to bring on every player but him,” tweeted one.

“Ronaldo comes on the big screen sitting on the bench and he’s now being booed. It was said he’d play a half, yet he’s not even warmed up. Juventus are achieving one thing here, and that’s getting people on the side of Team K League,” he posted in a seperate tweet.

In another post, Binns wrote: ‘The fans are chanting Messi! Brilliant!”

Juventus manager Maurizio Sarri claimed Ronaldo sat out the game due to injury.

“We gave room to some of the younger figures who were ready to step up,” he said.

“Ronaldo was very tired, so we decided to rest him.

“Ronaldo was expected to play, but he was not 100 per cent fit due to muscle fatigue.

“I spoke with Andrea (Agnelli, Juventus chairman) and Ronaldo before the match and we concluded that it would be best for him to rest.”

Juventus’ next pre-season match is against Atletico Madrid in Stockholm on August 10.

“Now we have 10 days without games, so we can focus on preparing well in training,” Sarri added.