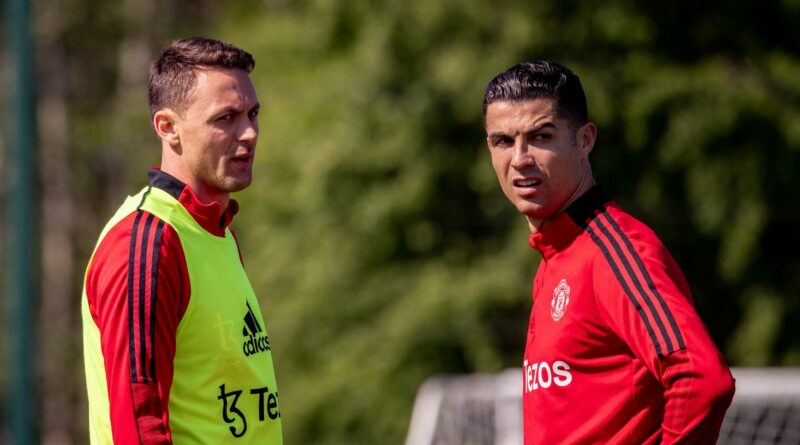 Cristiano Ronaldo has returned to training alongside his Manchester United team-mates for the first time since the tragic death of his newborn baby son.

The iconic Man United forward, 37, and his wife Georgina Rodriguez, 28, announced the devastating news on Monday night alongside the birth of their baby daughter. Ronaldo understandably missed the Red Devils’ 4-0 defeat to Liverpool on Tuesday, where both sets of fans came together for a round of applause seven minutes in as a show of support.

Ronaldo was given ‘compassionate leave’ by United for ‘as long as he wanted’, according to The Daily Mail. But the Portugal captain returned to training on Wednesday for an individual session.

He returned for training again at the club’s Carrington base on Thursday, where he took part in his first session alongside his team-mates since the tragedy occurred.

Ronaldo was seen in conversation with United colleague Nemanja Matic. He was also spotted preparing for Saturday’s away clash against Arsenal by taking part in a running session alongside the likes of Marcus Rashford.

The Red Devils will be hoping their talisman can provide the huge boost they need to clinch a crucial win at the Emirates. Ralf Rangnick’s side are currently sixth in the table behind north London clubs Arsenal and Tottenham, having played one more game.

Meanwhile, Ronaldo has scored an impressive 15 Premier League goals this season despite a dismal campaign overall for the Old Trafford club. He starred again by netting a hat-trick as United beat Norwich 3-2 last Saturday.

Ronaldo put the ball under his shirt at the final whistle in reference to the two babies he and Rodriguez had been expecting. On Monday, he admitted he was feeling the “deepest sadness” and “greatest pain” after the passing of his son, before thanking the hospital staff for their care.

Mark Hughes sacked but problems run much deeper at Southampton 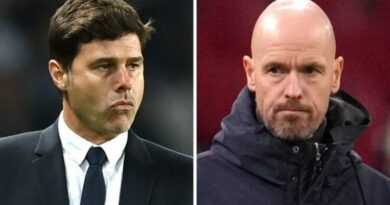