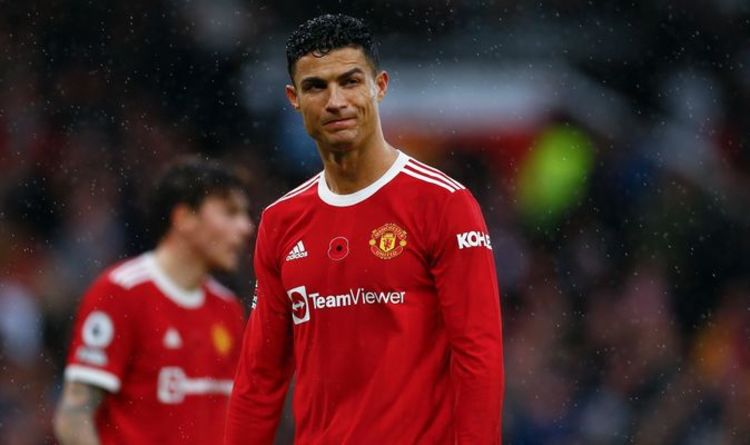 Patrice Evra has lifted the lid on Manchester United star Cristiano Ronaldo’s home-cooked diet after the French ace reminisced over a visit to the Portuguese star during his stint at United.

Evra played alongside Ronaldo for three years during the striker’s first spell at Old Trafford.

Ronaldo fired United to three consecutive Premier League titles before departing in a then-world record £80million move to Real Madrid in the summer of 2009.

After 12 years away, Ronaldo came back to Manchester in a sensational move this summer – and is still in fantastic shape.

JUST IN: Kulusevski has already delivered verdict on joining Arsenal over Spurs

And Evra has now opened up on how his former team-mate stays after sharing a story about a previous visit to Ronaldo’s home.

Evra told talkSPORT: “Cristiano, first of all, as a person and human being, is so generous, so nice and people don’t see that face.

“But he is a winner. He is addicted.

“For example, when we had training at 10am, Cristiano was already there for 8am. When we had finished training, he was still on the pitch practicing.

“When he invited me for lunch… don’t ever go for lunch, because you are going to have one of the most boring lunches at Cristiano’s; it is salad, plain chicken and water. There isn’t even fizzy water.

“After that, we went into the garden, trained for a little bit, went swimming, went to the sauna and at one point I looked at him and said: ‘Bro, we have just finished a training session, why do we have to a second training session?'”

Ronaldo’s strict diet has already made headlines since his return to Old Trafford, with reports in September suggesting that the 36-year-old’s food choices beginning to rub off on his team-mates.

United goalkeeper Lee Grant revealed that Ronaldo’s healthy plate had inspired a bunch of United players to snub desert the night before a game earlier this season.

He told talkSPORT back in September: “To give you one instance of the impact he is having on the group, this was Friday night in the hotel.

“So, as you guys will be aware, you finish your dinner and usually on a Friday night you’ve got some cheat stuff out. You’ve got some apple crumble and custard or you’ve got a bit of brownie and cream.

“One of the lads said to me, ‘What has Cristiano got on his plate?’ Obviously it is the cleanest, most healthy plate you can imagine.”

Enrique 'not considering return to football' after amid Arsenal links