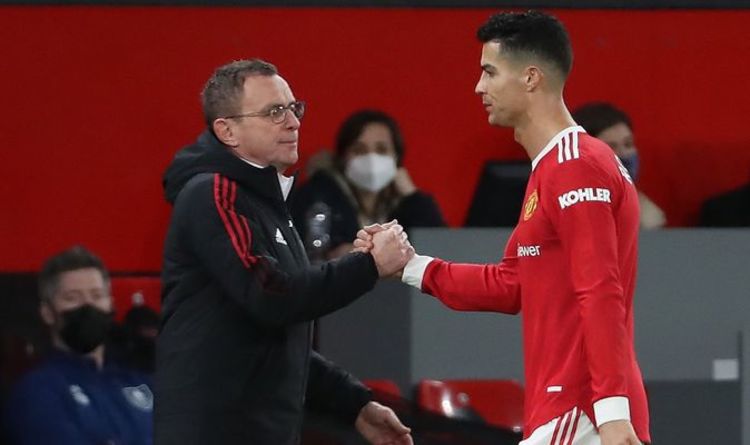 Any positivity generated from Ralf Rangnick’s arrival at Manchester United has dissipated with the speed of a perfectly executed ‘Gegenpress’. The German may have only tasted defeat for the first time, but the United wheel is aggressively sliding out of his hands.

If languishing in seventh place in the Premier League and a purported seventeen players looking for the exit door was not bad enough, stunning reports are claiming Cristiano Ronaldo has said he would be “ready to quit” the club if he disagrees with the next United manager.

Should these unbelievable revelations be the case, then Rangnick’s chances of having the preceding “interim” struck from his job title are about as likely as Manchester United’s being engraved on the Premier League title at the end of the season.

Considering the apparent dressing-room unrest, Rangnick would need to perform a series of miracles to win over the United players, let alone come close to Manchester City.

“He thought it would be better than this,” a source purportedly close to Ronaldo said to the Daily Star.

“He’s a born winner and want to be winning more trophies, so who the next manager turns out to be will help him decide his next move.”

If these sources are from who they say they are, then this is a damning statement for Rangnick and the remainder of his reign.

However, the German is by no means the first manager to fall victim to the supposed dressing room culture.

Patrice Evra’s extraordinary reconstruction of how he had to plead with United players to get behind David Moyes, suggests the former Everton and current West Ham manager was the first to fall victim to this dressing room culture.

“’Guys, we have to take some responsibility’,” a passage from Evra’s ‘I Love this Game’ autobiography said. “’How can you kiss his a when he tried to sign someone in your position?’ one came back at me. He’s tried to sign every f***ing left back in the world’.”

Evra’s claims are enough to make the most stringent of sportspeople uncomfortable, yet similar circumstances could very well be playing out once again under Rangnick.

Evra was an excellent leader for United who won everything there was to win, yet his pleas were ignored – he did not even have a frustrated Cristiano Ronaldo to compete with.

Before the claims about Ronaldo’s reported dissatisfaction emerged, multiple reports citing similar feelings of frustration during Ole Gunnar Solskjaer’s doomed final months, were once again present at the club.

It is an unfortunate situation for Rangnick to inherit, and the only way of alleviating the issue could be in the transfer window. If United are to enter the transfer window, leadership and professionalism must override temptations of signing the latest youngster on the block.

Rangnick needs an injection of leadership and experience from players who can grab hold of a dressing room and steer everybody into the right path. Ferguson may have ruled with an iron fist at Old Trafford, but his many dressing room lieutenants were the ones who often did the enforcing.

The likes of Roy Keane, Nemanja Vidic, and many more, self-regulated Ferguson’s squads, demanding 100% commitment, professionalism, and quality from every single player in Red.

Unfortunately, the only messages emerging from Old Trafford dressing rooms only seem to be of discontent and frustration towards Rangnick or his assistant Chris Armas.

Results are often the best cure to most footballing maladies, but there is quite the temperature building at Old Trafford. 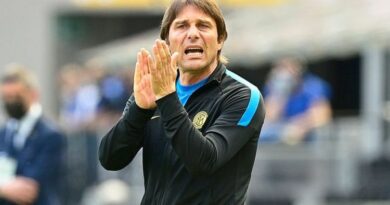