Cristiano Ronaldo’s exploits at Manchester United this season have divided opinion over whether he has turned out to be a successful signing or not after a £20million move in the summer. However, the transfer could prove successful in the long-run after his son, Cristiano Jr, was filmed showing his prowess in training against United’s young contingent.

Ronaldo returned to United after 12 years in the summer after he was bought for £20m, mere hours after it was reported he was set to move to arch rivals Manchester City. The Portugal star had spent nine years at Real Madrid, winning four Champions League titles, before switching to Juventus in 2018.

The Madeira-born hero then won the Serie A title two out of the three years he spent in Turin, before moving back to the Theatre of Dreams after a long-awaited hiatus. He has scored 18 goals in 33 games under the guidance of Ole Gunnar Solskjaer and Ralf Rangnick, although he has only scored in eight of his 24 Premier League games, which has split opinion between fans and pundits alike.

But his move could bear long-term benefits after his son was shown to be following in his footsteps in youth training, detailing a resemblance to how Ronaldo played as a prodigy at United himself back in the early 2000’s. Cristiano Jr, aged 11, joined the Red Devils like his father in the summer after the mega-money move.

JUST IN: Man Utd could abandon interviews to ‘speed up’ as Erik ten Hag plan…

He arrived having shown superb stats at Juventus, scoring 56 goals and registering 26 assists in just 35 appearances. And his tricky footwork at United could see him propelled to stardom if he is to stay in the north west and become United’s second coming of their superstar.

He is shown gliding past his team-mates with the same technique Ronaldo Sr. showed upon his move from Sporting Lisbon in 2003. And if he emulates even half of the football Ronaldo produced for United in his six year spell under Sir Alex Ferguson, United will have a real player on their hands.

Reported managerial target Mauricio Pochettino waxed lyrical about the signing of Ronaldo, but said that the Portugal star would need players around him to succeed. “He’s a very important player, but they have lots of very good players,” Pochettino said.

“The squad they have is amazing and they have a very good manager. They’re a fantastic club, but you need contributions from the whole squad to win titles.”

United currently sit sixth in the Premier League, four points behind Arsenal in fourth, who also have a game in hand. 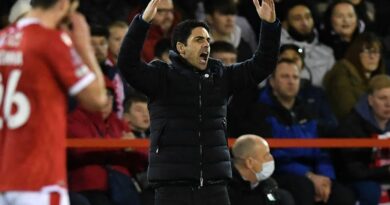 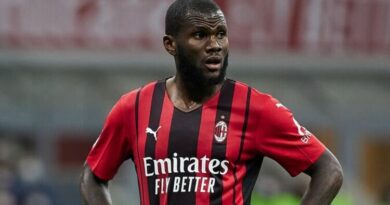 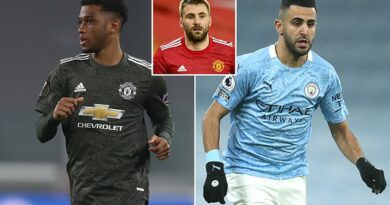