‘That is one of the best tackles you will EVER see’: Fans praise Croatia centre-back Josko Gvardiol’s incredible last-ditch challenge on Romelu Lukaku that saw him slide the ball away from the striker to seal his country’s path to the World Cup’s last-16

Josko Gvardiol has been praised for a last-ditch tackle against Belgium – with some supporters labelling it ‘one of the best challenges you will ever see’.

With Croatia finding themselves under the pump in the dying embers of their final group game, a goal for Belgium would have seen Roberto Martinez’s side advance at the expense of Zlatko Dalic’s team.

Living a charmed life, Romelu Lukaku saved the blushes of the Croatians on numerous occasions with a series of astonishing misses that left him in tears at the final whistle. 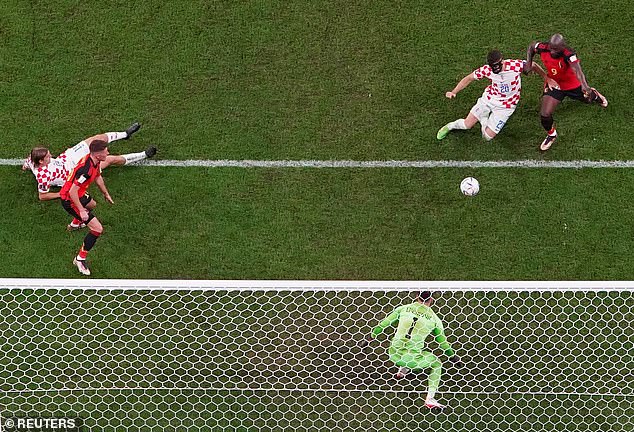 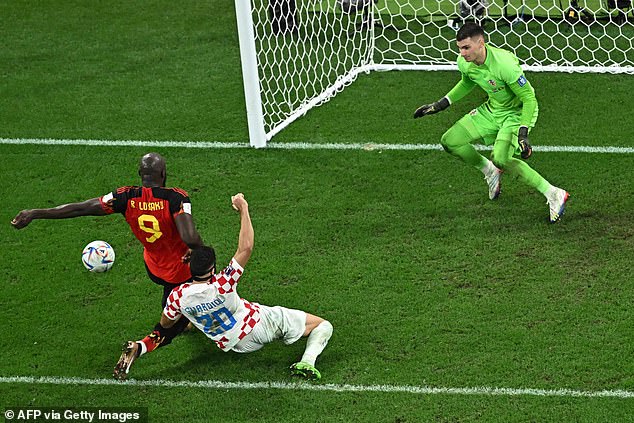 However, were it not for Gvardiol’s remarkable intervention with only minutes left the scenes that saw Martinez in tears at his final post-match press conference in charge of Belgium could have been very different.

A cross swung in from the right deflected off left-back Borna Sosa and seemingly into the path of a grateful Lukaku, presented with the perfect opportunity to redeem himself. However, sticking in a leg at the end the RB Leipzig nicked the ball from the forward’s path.

Reacting to the remarkable piece of defending, supporters on Twitter praised the defender for in essence keeping his country in the tournament. 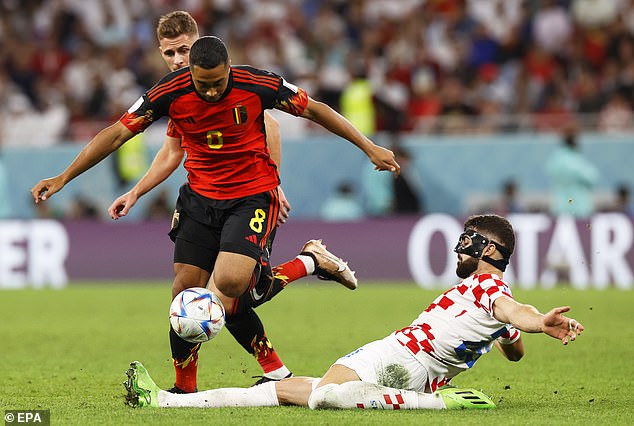 ‘That Josko Gvardiol tackle was a thing of beauty,’ one wrote.

Another agreed: ‘That tackle from Gvardiol is one of the best tackles you will ever see. That is absolutely incredible.’

Others called it the tackle of the tournament so far, suggesting it will only increase his stock with a number of top European clubs already said to be circling.

‘Tackle of the tournament so far, Gvardiol heading to the very top,’ one suggested.

‘Gvardiol’s valuation just went up 20m with that tackle. Absolutely incredible,’ another wrote. 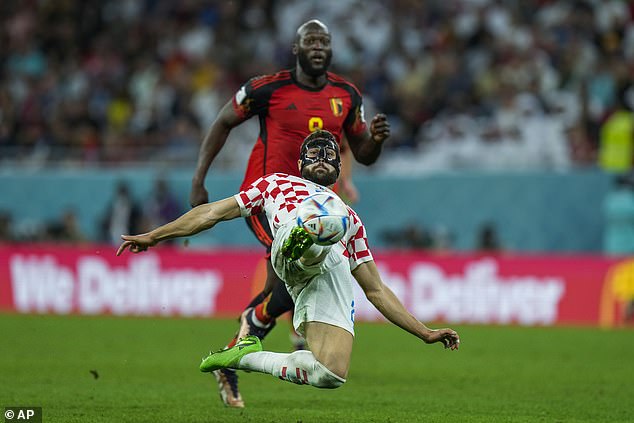 Sporting a face mask, Gvardiol often represented the last line of defence for his Croatia side

Suggesting FIFA do away with traditional awards Golden Boot and Golden Ball – awarded to the top scorer and best player, respectively – one supporter suggested that Gvardiol be handed all of the gongs for the tackle alone.

‘Forget goal of the tournament, the Golden Boot or the Golden Ball,’ they wrote. Just give every individual award to Gvardiol for that last minute tackle.

‘Unbelievable. One of the best bits of defending you will ever see.’

The 0-0 draw meant Croatia advance to the last-16, where they will face Japan, who finished top of Group E ahead of Spain with Germany and Costa Rica going home on a night full of drama. 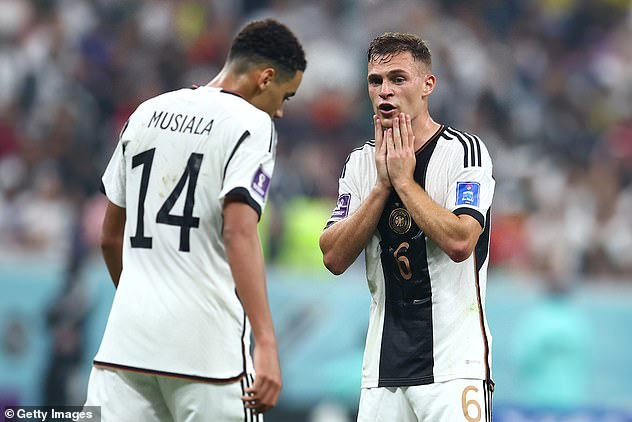 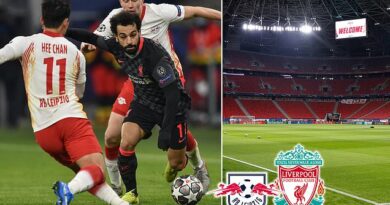 RB Leipzig forced to give Liverpool £1.3MILLION as compensation