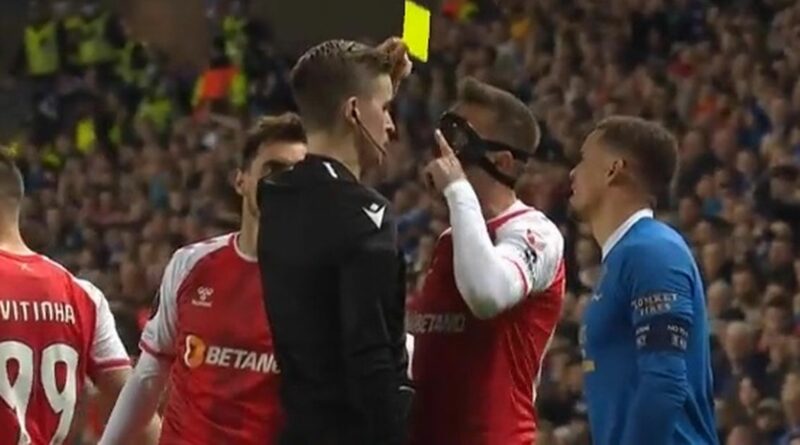 Braga's Europa League task was made that much tougher on Thursday evening when Iuri Medeiros was dismissed against Rangers.

Medeiros was flashed his first yellow for a late challenge on Leon Balogun in the 105th minute of the tense clash. However, Medeiros was given his second yellow a couple of seconds later after he squared up to the referee as a result of the booking.

The Portuguese forward gave the referee no choice but to brandish a second yellow, and Braga were down to nine. Vitor Tormena had already been given his marching orders after bringing down Kemar Roofe in the first half.

The clash had started at Ibrox on a knife-edge after the Portuguese side had shared grabbed a winner in Portugal.

However, Giovanni van Bronkhorst's got off to the dream start when James Tavernier slid home following a delightful flick by Joe Aribo. Tormena's red allowed Tavernier to grab his second of the clash from the spot, and put Rangers ahead in the tie.

Braga did hit back, against the run of play, with eight minutes to go, sending the game into extra time.

Do you think Rangers are the favourites to win the Europa League? Let us know in the comments section

Roofe sent Ibrox into a frenzy with a 101st-minute goal that put Rangers back in control of the clash.

And any chance of a second Braga comeback were snuffed out with Medeiros' dismissal.