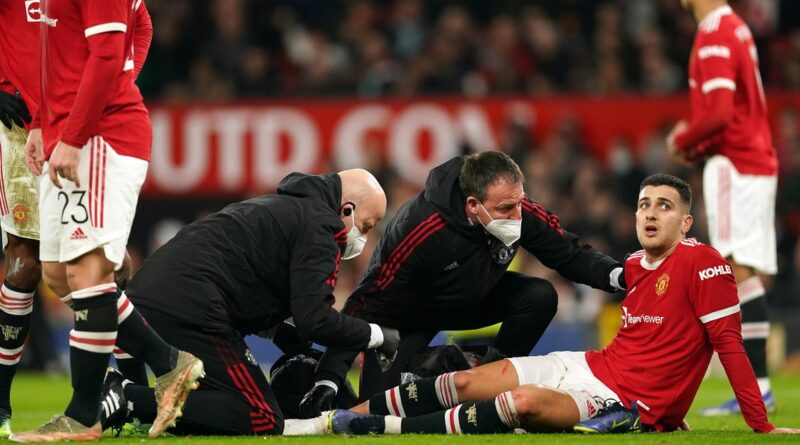 Manchester United defender Diogo Dalot was in the wars during his side's FA Cup third round victory over Aston Villa at Old Trafford on Monday night.

A first-half header from Scott McTominay settled the tie as Ralf Rangnick's men booked their place in the fourth round of the competition – dumping eternal United enemy Steven Gerrard out in the process.

But victory was anything but easy for the Red Devils as Villa – who were arguably the better side on the night – saw two goals ruled for offside in the second-half, and saw the crossbar deny Ollie Watkins.

Blood was spilled a couple of times during the tie too. Ezri Konsa took a whack to the nose from Luke Shaw in the dying minutes, but it was Dalot's nasty leg gash after half an hour that left viewers feeling a little pale.

After clashing with an opponent, the 22-year-old peeled his boot off to reveal a blood-soaked ankle.

He was taken to the sidelines for treatment, leaving United battling on a man short for the next seven or eight minutes.

To Dalot's credit, after getting the gash checked and cleaned by the physio, he leaped up and threw himself straight back into the action.

Villa continued to knock on the door in the second-half, but Rangnick's managed to hold on, in spite of a nervy VAR scare.

Who should start at right-back for Manchester United? Let us know your view in the comments section below…

Dalot has been something a bit-part player since arriving at Old Trafford from Porto in 2018.

After making 23 appearances during his debut season, he fell down the pecking order following the arrival of Aaron Wan-Bissaka.

The Portugal international spent last season on loan at AC Milan and has been given a second chance to prove himself at United with Wan-Bissaka's recent dip in form. 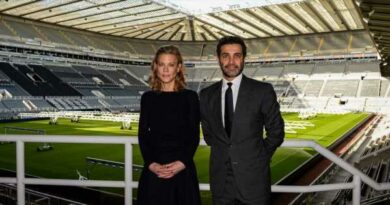 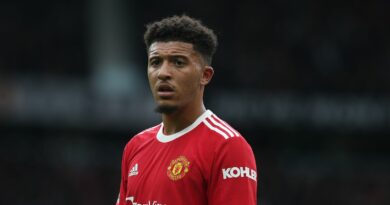