Dani Ceballos has hinted he might not stay at Arsenal beyond his season-long loan deal.

The Spaniard signed from Real Madrid in the summer but has not played for Arsenal since suffering a hamstring injury in November.

He was on the bench on Wednesday night as Arsenal battled back to draw 2-2 with Chelsea despite David Luiz being sent off in the first half. 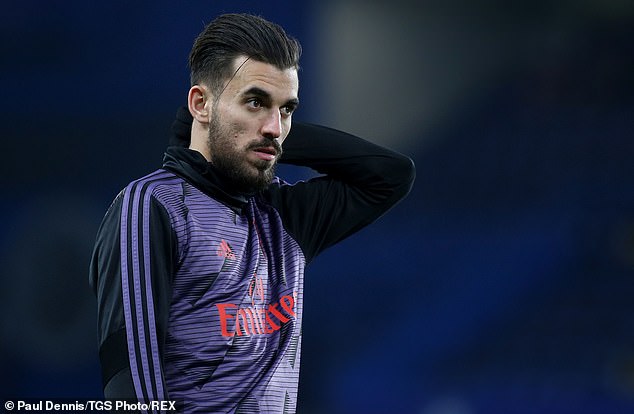 Hector Bellerin earned Arsenal an invaluable point on the road late on with a superb left-footed curling strike.

After the game, Ceballos took to social media to praise his team-mate and compatriot and appeared to hint that he would be leaving the club at the end of the season.

In reply to Bellerin’s post, he wrote: ‘I’ll miss those goals with the left foot bro! You deserve all the good things that happens to you.’

Despite Ceballos’ lack of action in recent months, Arsenal boss Mikel Arteta insists he is still part of his plans between now and the end of the campaign. 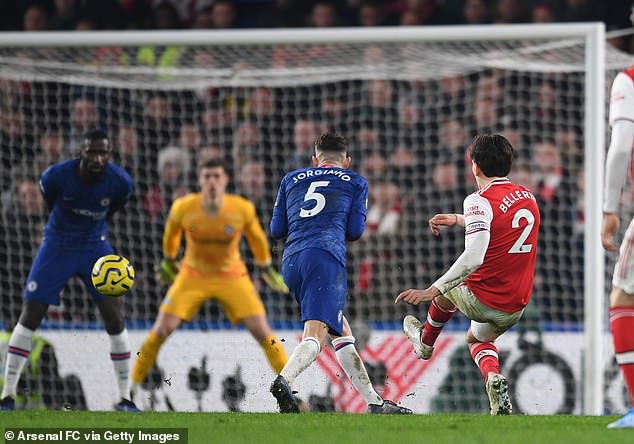 He said earlier this month: ‘Dani had an injury where he was out for almost two months and had to go to Madrid for his rehab.

‘He came back and in the first few weeks, I didn’t think that he was physically at the level to compete for starting games.

‘It’s true that I have players in that position who have been performing really well, and last week when I believed that he was ready to step in, I decided to pick another player.

‘But he’s been training good, I’m happy with him and I know him really well, so there’s no issues there.’ 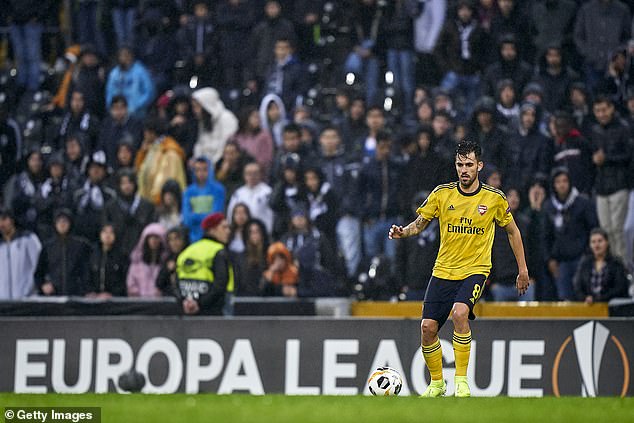