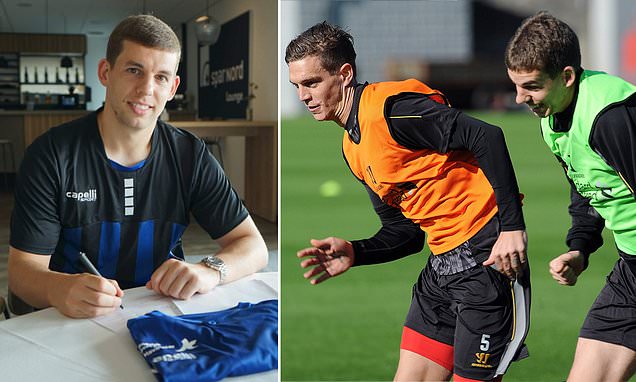 Agger is preparing for his first season in management after being announced as the club’s new boss in March, taking over officially in June.

Flanagan, who came through Liverpool’s academy, played with the former Denmark international for three years after making his first-team debut in 2011. He is Agger’s fourth signing of the summer after penning a two-year contract. 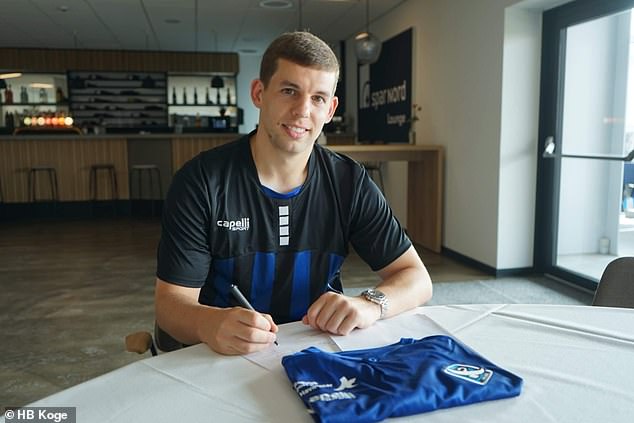 Jon Flanagan has signed for Danish club HB Koge, who are managed by his former Liverpool team-mate Daniel Agger

The 28-year-old has been without a club since leaving Belgian side Charleroi at the start of the year after failing to play a single minute for the club.

The defender left Rangers after his contract expired last summer and made the ambitious switch to Beligum in November.

But the move was a disaster. Flanagan tested positive for Covid-19 upon his arrival and failed to make an appearance before his contract was cancelled.

The full-back will be hoping he can reiginte his career with his old team-mate Agger. 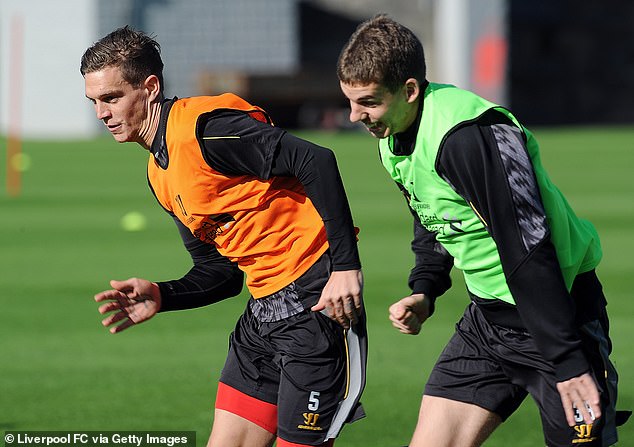 The defender has not played a competitive match since January 2020 after the 2019-2020 Scottish Premier League season was curtailed due to Covid-19.

But HB Koge are hopeful Flanagan can get back to the player he was at the start of his career, with club director Per Rud revealing Rangers boss Steven Gerrard gave the defender a glowing reference.

‘We have long had Jon Flanagan on our list of priority players and are delighted that we have agreed a deal,’ he told the club’s website.

‘Jon is a fast, physically strong and hard-working full-back who comes with lots of experience from Liverpool and Rangers, among others. 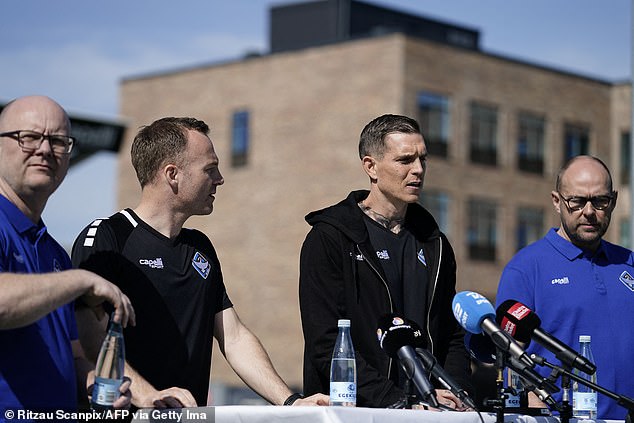 ‘He comes with some speed, lots of physique, and a determination in his game, which we look forward to benefiting from.

‘We are of course aware that he has not played that much in the last year, but he is in good shape, and Daniel Agger has, among other things, obtained really good references on him from Steven Gerrard in Rangers.

‘Daniel also knows Jon Flanagan himself and his qualities from their shared past in Liverpool, and we believe that he can go on to become a profile here at the club.’