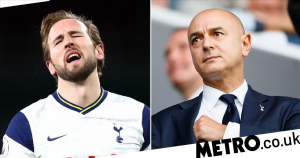 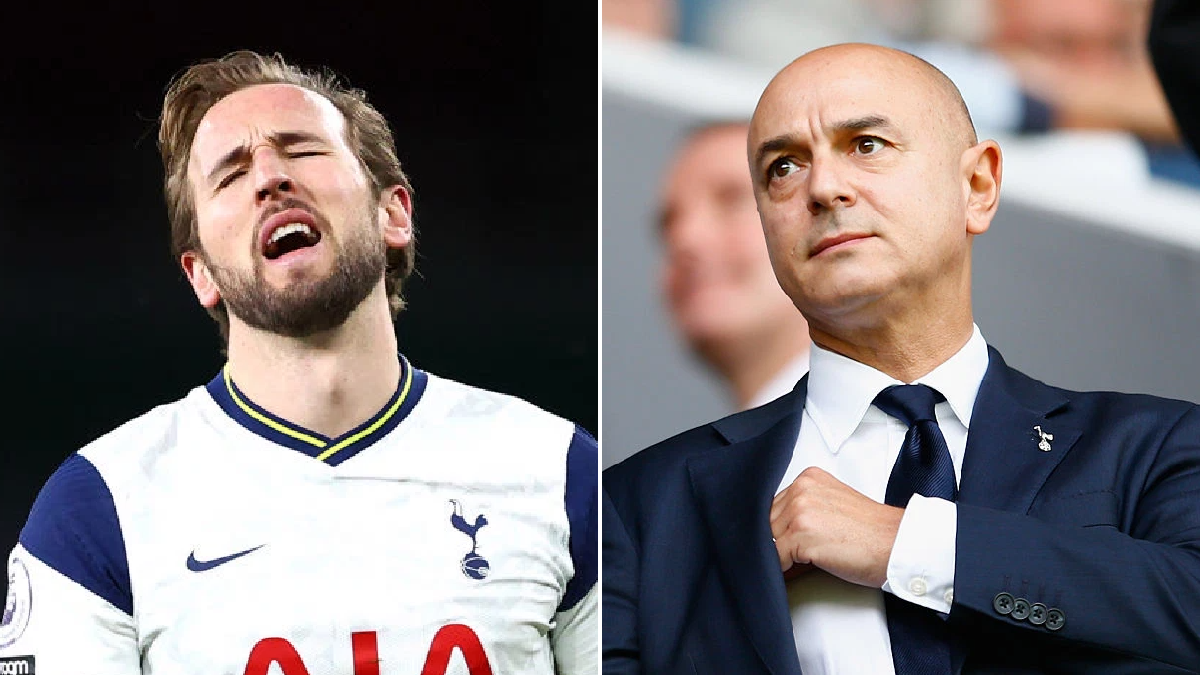 Harry Kane’s hopes of leaving Tottenham have taken a significant blow with Spurs chairman Daniel Levy unwilling to let him join a Premier League rival regardless of any ‘gentleman’s agreement’.

The 27-year-old, who has enjoyed another superb individual season despite Tottenham’s struggles, wants to leave his boyhood club this summer in pursuit of trophies and has informed Levy of his intentions.

Manchester United, City and Chelsea – as well as Barcelona, Real Madrid and PSG – are all interested in trying to prise Kane away from Spurs and the forward believes Levy had agreed to let him leave if he stayed for one more year last summer.

But now The Telegraph report that Levy has privately said he is unwilling to sell Kane and has ‘no intention’ of strengthening a domestic rival even if they offer a British-record transfer fee.

Even prior to news of Kane’s desire to leave becoming public, Levy was privately bullish about keeping the striker and does not want to part with him.

The emphasis will now switch back to Kane to try and force through a move, with the striker facing the prospect of ‘going to war’ with Levy if he wants to leave north London.

Spurs hold all the cards in the stand-off, with Kane contracted to the club until 2024, while Levy does not expect any club to be able to afford his asking price – which is in excess of £150m – in the current Covid-hit financial climate.

Moreover, while Kane may feel there is a gentleman’s agreement in place, Levy has no qualms about ignoring that and there is nothing in writing which could force him to sell.

In the unlikely event Levy accepts an offer for Kane, the England skipper’s preference is believed to be a move to Manchester City ahead of United or Chelsea and he feels Pep Guardiola’s side offers his best chance of winning silverware.

Despite Levy being totally against the idea of selling Kane to a Premier League rival, the striker wants to stay in England while both Real Madrid and Barcelona lack the funds required to sign him.

Spurs issued a statement in response to the rumours, saying on Monday: ‘Our focus is on finishing the season as strongly as possible. That’s what everyone should be focused on.’