‘We can still do it’: Daniel Podence thinks Wolves can still qualify for the Champions League by winning the Europa League when it returns

There was no doubt in Daniel Podence’s mind who he first needed to call when deciding whether to become a Wolves player.

Rui Patricio, the club’s goalkeeper and Podence’s former team-mate at Sporting Lisbon, was soon on the other end of the phone.

Patricio had joined the Midlands side 18 months earlier. For many reasons, he was the perfect advisor for whether Podence should become the newest member of the club’s Portuguese alliance. 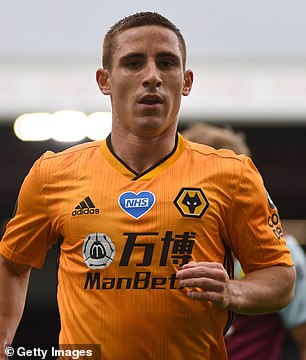 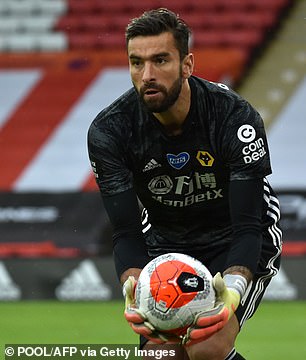 He made Podence’s decision easy. The 24-year-old joined Wolves from Olympiacos in January for £17m. His first goal for the club in Wolves’ 2-0 win against Crystal Palace means Nuno Espirito Santo’s side can secure a Europa League place with victory over Chelsea today.

It is no surprise that Podence and Patricio remain close. Their bond is forged stronger than many, and it is easy to understand why when you consider what they have shared.

Both were Sporting Lisbon players back in May 2018, sat in the training ground preparing for the Portuguese cup final when 50 masked and hooded thugs stormed into the dressing room armed with sticks and belts and attacked the players of whose club they claimed to support. 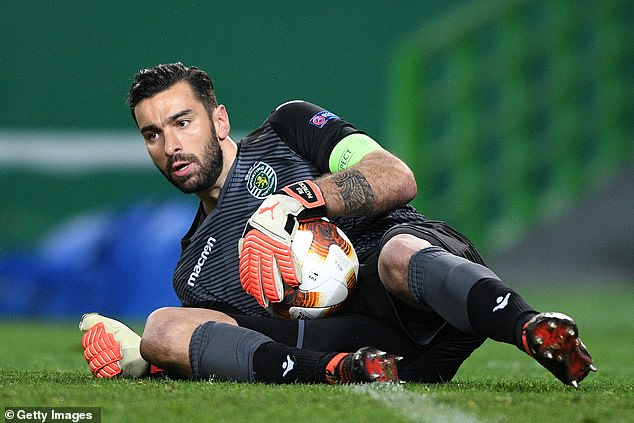 ‘It was unbelievable,’ says Podence. ‘Nobody can describe it. Even me, when I speak to you about the situation. Things are too heavy to explain in words. Only someone who was there at that moment can feel it.’

Players were punched, thrown to the floor, kicked and beaten. Smoke filled the room. Bas Dost, who had scored 34 goals that season, needed stitches in his head. Head coach Jorge Jesus was left bleeding from his mouth and nose.

Patricio later told courts the hooligans barked at players that ‘you are a shame and we are going to kill you’. One turned to him and said ‘Are you laughing? You want to leave, I’ll break your jaw.’

The attack was motivated by the team’s poor performance. Two days earlier, they had lost 2-1 at Maritimo, allowing bitter rivals Benfica to beat them to second place. Sporting had missed out on the Champions League spots. 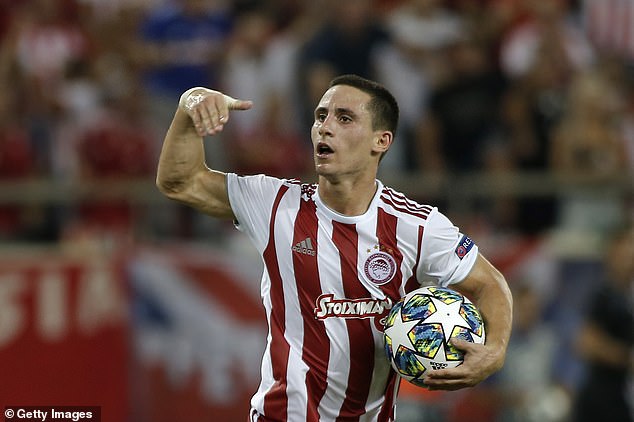 Podence and Patricio, alongside several others, terminated their contracts at Sporting. ‘Because we were from the city, it was more difficult for us that others. We could feel it more than other people.

‘That’s why we did the same thing. He came here and I went to Olympiacos.’

‘My dream is to live in a world where it’s not good to lose or to draw, but people need to understand that someone needs to win.

‘If you lose or you draw, and you are afraid to go home or to walk on the streets, then it’s very difficult to live in this kind of world.

‘I’d like to live in a world like I live here. I want to win all the time but sometimes it’s not possible, and people need to understand that. We are trying to do our best but sometimes it goes wrong.

‘We want to arrive with calm. My girlfriend needs to be safe. Everything needs to healthy.’ 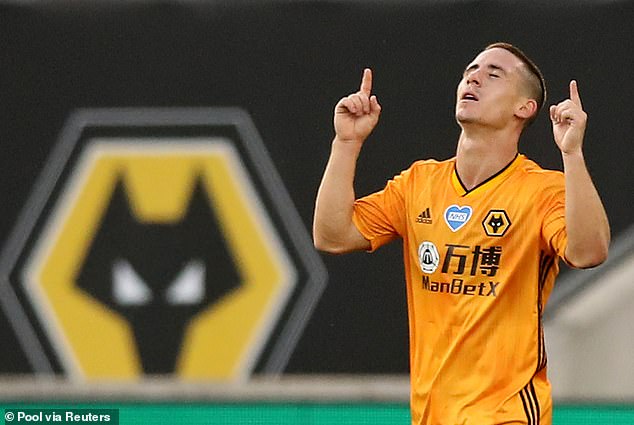 The interview was due to be conducted via an interpreter but, due to a brief connection issue, Podence begins in English and it soon becomes clear his grasp of the language is excellent. He’s learning it, he says, with the help Irishman Matt Doherty and scouser Conor Coady ‘… but the accent is very difficult for me!’

His start to life at Molineux has been far more serene, if a little frustrating. Five brief cameos from the bench was followed by three months of lockdown due to the coronavirus pandemic.

‘I arrived in a difficult moment,’ he says. ‘After one month of being here the championship stopped so it was difficult for me because it takes time for a new player in a new team to understand everything. It was difficult because i didn’t have so much time to play. 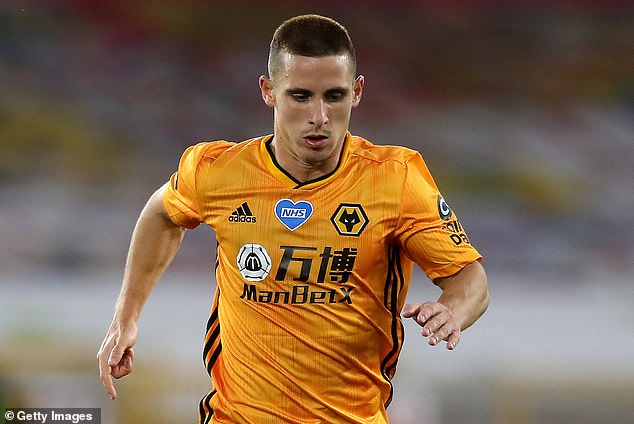 ‘Now things are going well and I have more game minutes to enjoy. Everything in the city, such as the restaurants and the supermarkets, is now opening and it’s much better for me than before.’

Podence spent lockdown with his girlfriend Kayra and their 18-month old Boston Terrier named Dogui, pronounced ‘Doggy’. He laughs. ‘I didn’t know that ‘Doggy’ is a name here.’

‘Being away from my family was very difficult but I enjoyed that time to do more training and take some rest. It was a new team but some colleagues I knew already from the national team, or in Portugal. I knew some guys here so they made my adaptation better.’

He did not even get chance to enjoy the traditional Portuguese custard tarts — pasteis de nana — at the Aromas de Portugal cafe on King Street in Wolverhampton, a spot frequented by his Wolves compatriots. The cafe closed down before he arrived. 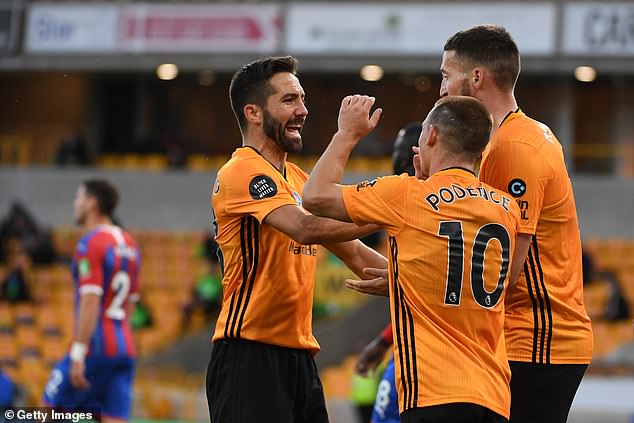 Since the restart, Podence has started the last three games. Europa League can be secured today but there is still hope for even more. Wolves remain in the Europa League knock-out stages, with a last-16 second leg against former club Olympiacos still to come.

‘We were close to achieving the Champions League this year and we can still do it. As the coach wants, we need to improve day by day so, next year, if we can do better than this year, it’s possible.

‘But we need to be humble and understand we are in the most difficult league in the world. We don’t say we want to go there. We go there game by game and afterwards we can talk.

‘We cannot put the horse in front of the cart – we say that in Portugal too!’

MLS Decision Day: Will Philly clinch Supporters’ Shield? Breaking down what to watch for 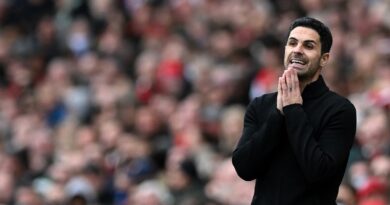