‘We would really like spectators back at stadiums’: Danish Superliga offers hope to Premier League as football chiefs could let fans back into stadiums next month

Danish football chiefs could let fans back into stadiums as early as July – possibly delivering a huge boost to the English game.

The Superliga – Denmark’s top flight – was due to resume on Thursday following the Covid-19 suspension, and will be initially take place behind closed doors, though Sportsmail understands league bosses have not ruled out welcoming fans before the end of this campaign.

The Danish Government has recently relaxed lockdown rules to allow audiences back into theatres and cinemas, while maintaining social distancing rules.. Outdoor gatherings of up to 500 people are also permitted, giving football clubs hope that they may be playing in empty stadiums for only a short time. 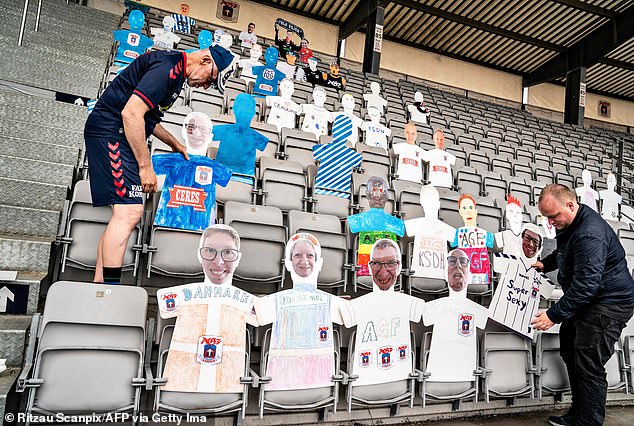 Clubs have held talks about what the return of crowds might look like in the age of social distancing, with discussions focusing on allowing 25-50 per cent capacity in the grounds. How to prevent fans celebrating with one another when their team scores is one hurdle that would have to be cleared.

‘We would really like spectators back at stadiums,’ said Claus Thomsen, the chief executive of the Danish Football League, told Danish outlet Ritzau. ‘By our assessment we are able to do it in line with how it will be handled in theme parks, theatres or cinemas.’

The League are to issue guidelines on how fans can attend matches while keeping a safe distance from others. Thomsen added: ‘Everything is separate. People won’t come into contact with each other at matches. 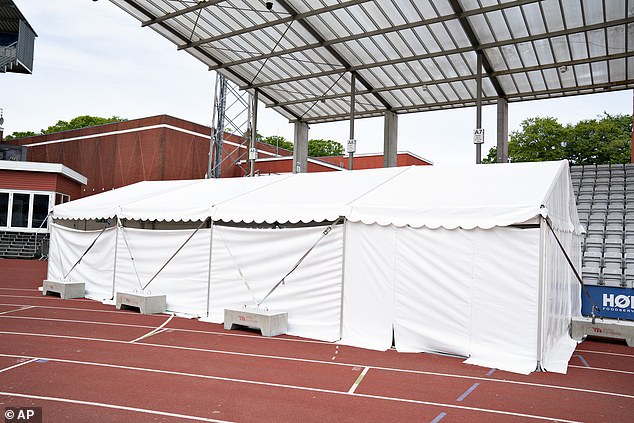 If Denmark could make it work, it would provide significant encouragement to the Premier League and other major European competitions.

English football’s leaders fear at least the majority of the 2020-21 Premier League campaign may have to be played behind closed doors, which would see clubs’ income take a big hit.

The regular season in the Superliga is scheduled to end on July 26, with the new campaign starting in August or September.

Harry and Jamie Redknapp on life after football, comedy and growing TV demands

Women's World Cup: England top group after Japan win – who will they face next?