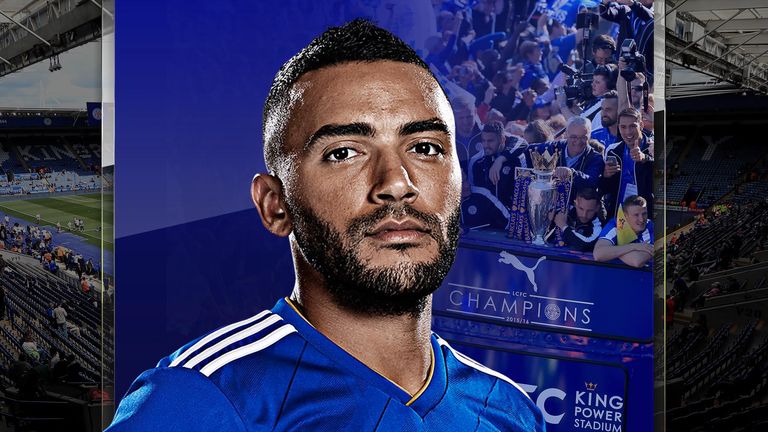 Speaking from his hotel room at St George’s Park, Danny Simpson is in the midst of another gruelling week of training. Monday is a double session. Tuesday is tough as he looks to go again. Wednesday brings greater focus on recovery, gym-based work and ice baths. On Thursday, it ramps up. “That is when they get right into you,” he tells Sky Sports.

Ordinarily, the 34-year-old defender, without a club since the summer, would be doing his training at Leicester City, where he was part of their famous title-winning team in 2016.

The heroes of that triumph will never be forgotten and Simpson retains a strong relationship with his old employers but his recent thigh injury combined with the complications caused by the lockdown make that impossible for now. “I am outside the bubble,” he explains.

“As good as Leicester have been to me and continue to be, I cannot expect the physio to give me two hours of his time when I am not contracted and they have their own players. If I am fully fit I can go in and train but to ask a physio to spend that time with me is not on.”

Instead, it is another night alone in the hotel room at St George’s Park, just a two-minute walk away from the gym. “It is England isn’t it, the facilities are unbelievable.”

Three weeks of this work is covered by his PFA membership. After that, he must pay his own way. Despite the first-class service, it is evidence of his commitment. He is a long way from his Manchester home with only the phone for company. “Normally, I could go and have some food with the other lads here but with lockdown it is room-service only.” In one sense, as he waits to collect his healthy meal, Simpson might be wondering whether he need to do all this. He has already scaled the mountain, after all. It is approaching 14 years since he made his Premier League debut for Manchester United.

He has gone on to play in the competition for Blackburn, Newcastle and Queens Park Rangers, as well as Leicester, winning promotion to it with three different clubs.

His stint at Huddersfield came to an end in the summer. So why continue?

“This is probably the biggest challenge that I have had because I could stop,” he admits. 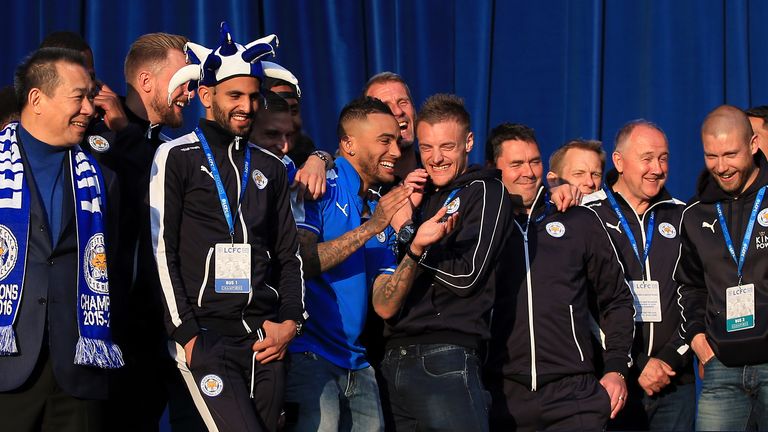 He knows that any exhilaration that the game can offer is highly unlikely to match the thrill of being part of the Premier League’s greatest ever story. But he is still chasing it anyway.

“It cannot end this way, you know. When you get an injury like I have had and you have an operation it just gives you even more drive to get back and play again.

“I still feel like there is one more thing to achieve. I don’t know what it is going to be and it doesn’t matter what level it is. I just feel that there is still one more thing that I can do. There will be that one thing for me that will make me realise it is what I came back for.”

Part of the motivation stems from his conviction that he can still do it, a view reinforced by his recent experience training with Leicester when he felt better than he had in years.

“The previous summer, I kept myself fit just by running on a treadmill. So when I went into Huddersfield I was not football fit and there is a big difference. I had been running in straight lines and all of a sudden you are twisting and turning. The whole season I was really fighting against the early part of that season, not being football fit.

“So I decided in early summer that I would go to Leicester and dedicate myself to football, football, football. Living in Manchester, it meant staying in a hotel but I felt amazing. I was in some of the best shape of my life and all of a sudden the injury happened.”

Simpson on his love for Leicester

“I grew up as a Manchester United fan but when United play Leicester now I want a draw. It is my team now. What we went through as a group, we are like family, and it is not just the players, it is the staff. We are all still in touch. It is a special club and a lot of it comes from Vichai and how he built it.

“I have been to the new training ground. You are obviously a bit jealous because you are thinking that it would have been nice when we were winning the league!

“But, at the end of the day, it all starts from somewhere. I am so glad to see where the club is, still in the top positions. Brendan Rodgers is class. Jon Rudkin, I cannot speak highly enough of. If you have done well for them, the type of club they are, they will help. There are not many like that. They pick up the phone.” 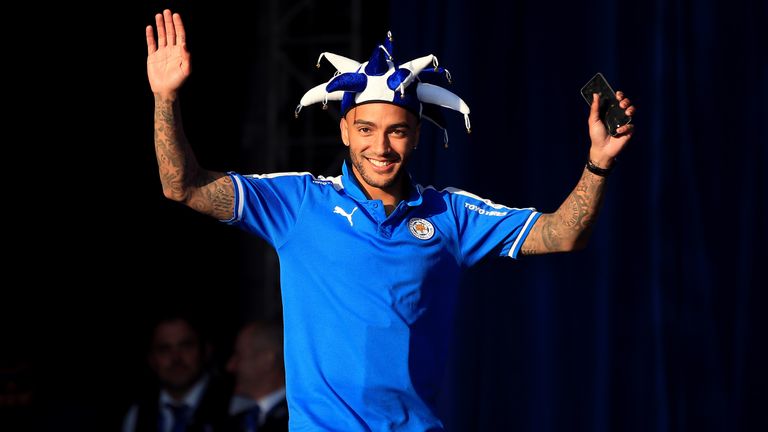 Simpson might not have felt at his best at Huddersfield but he still had an impact. This was a team that had lost 30 of their previous 35 games when he arrived, winning only one. Eight games into the Championship campaign they were rock bottom and already six points from safety with new manager Danny Cowley talking of a team that had forgotten how to win.

On his debut against Millwall, Simpson helped to end an eight-game losing run and he started each of the next six games too as Huddersfield went unbeaten through all of them.

Being part of that turnaround is a source of pride.

“I became a different player in the dressing room,” he says.

“I had always been the one looking up at the other characters who were there. At Newcastle, it was Nicky Butt, Alan Smith and Kevin Nolan. At QPR, it was the same with the big characters like Rob Green, Bobby Zamora, Joey Barton and Richard Dunne.

“I went in at Leicester in my mid-20s and we kind of grew together as a group. There was me, Jamie Vardy, Kasper Schmeichel, Wes Morgan. But I still felt a little bit under them.

“At Huddersfield, I had a part to play off the pitch as well as on it. If you ask Danny Cowley, I think he would agree that I did a lot off the pitch to get that group out of the mentality that they were in because they were shot to bits. So it was a different role for me but it was something I enjoyed, trying to pass on what I have learned over the years.”

Does he envisage this mentoring role at his next club? Even after dropping down for a season in the Championship, he is not ready to rule out a return to the top division.

“I have been watching football a lot more than I probably would have before. I watch a lot of full-backs and I still feel there should be a Premier League option for me.

“Now, I am not saying necessarily playing week in and week out. I am talking about going in to bring some experience when needed. You know what you are going to get from me.

“If you want to keep a clean sheet, someone to dig deep and help a team get some points, I can do that. If there is a young full-back to help, I have done that many times with players like Ben Chilwell, giving them advice in training. I still believe I can play at that level.

“I still think there is a lot in me to do something good, whether that is helping out a team at the lower end of the Premier League, or helping a team out of the Championship.”

As a free agent, Simpson is not bound by the transfer window but he knows that the next weeks are when moves start to happen and as he approaches full fitness he is hopeful.

“Now I am at a point where I can go in on day one and train. So conversations can be had and I am excited. I feel like something is going to happen and I am going to be back soon.”

Still chasing that next big football moment, then. In the meantime, there is another session awaiting him at St George’s Park. “Tomorrow will be another tough day,” says Simpson.

“But I just love playing football.”