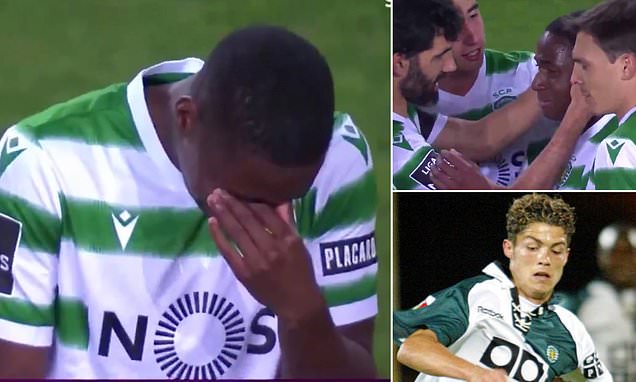 Sporting Lisbon youngster Dario Essugo was left in tears on the pitch on Saturday night after becoming the youngest player in the Portuguese club’s history at just 16 years and six days.

Essugo, who only turned 16 eight days ago, came on as second-half substitute for Joao Mario with just six minutes left in Sporting’s 1-0 victory over Vitoria de Guimaraes.

In doing so, he became Sporting’s youngest-ever player and broke the record previously held by defender Santamaria, who made his debut aged 16 years, 11 months and 12 days back in 1999. 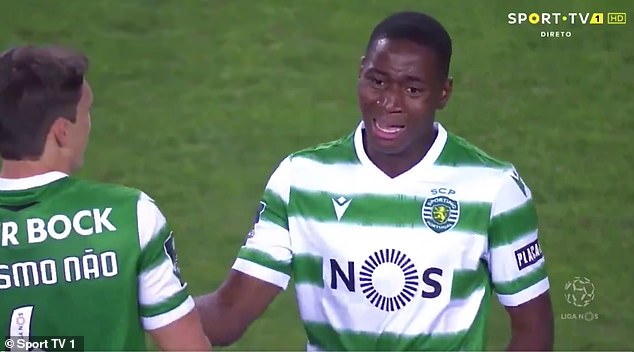 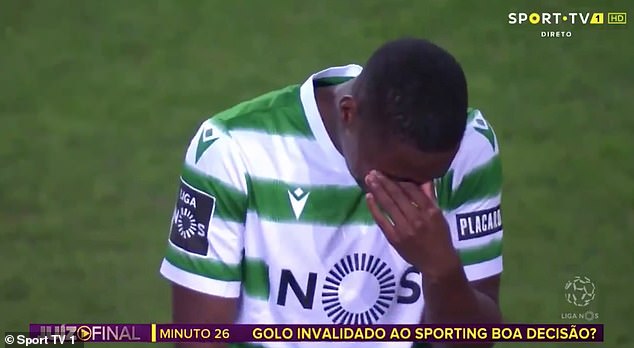 Essugo, who only turned 16 eight days ago, came on as second-half substitute against Vitoria 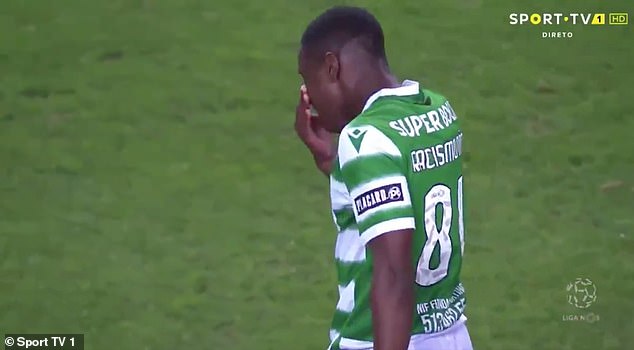 He broke the record previously held by defender Santamaria, who made his debut in 1999 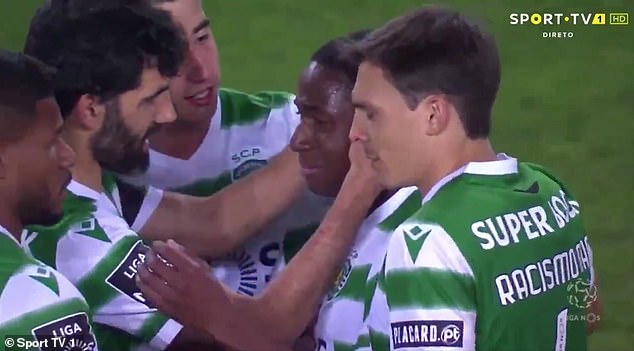 Essugo is also well over a year younger than Cristiano Ronaldo was when he made his first senior appearance for the club at 17 years, eight months and two days.

The highly-rated prospect only turned 16 on March 14 and came on wearing the No 84 shirt.

He only signed professional terms with Sporting this month.

But it all got too much for him at the full-time whistle as he broke down in tears while being congratulated by his team-mates.

In his post-match interview, Essugo aid: ‘It is an indescribable sensation, which I always dreamed of – I have to thank everyone.

‘It is only the beginning, I have to continue working and helping the club to achieve its goals.

‘It is different to be playing at a senior level, but the club supported me and I was very relaxed.’

Essugo has been capped at international level by Portugal’s under-16 and under-15 teams and looks to have a promising career ahead of him. 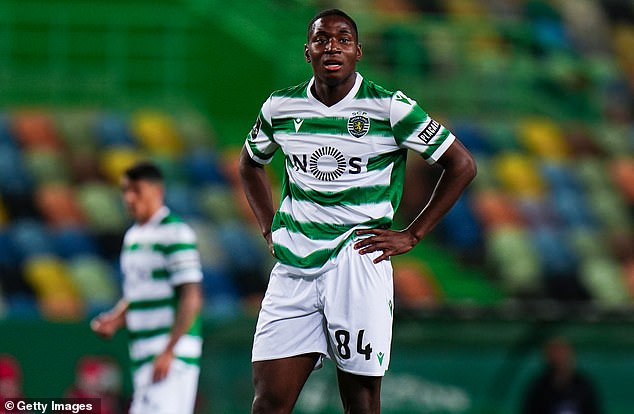 After making his first-team debut, Essugo will now set his sights on becoming the club’s youngest goalscorer.

Ronaldo is the current holder of that title and Essugo has plenty of time – a year and eight months in fact – to find the back of the net and surpass the legendary Juventus forward.

Ronaldo scored a brace on his debut – a 3-0 win over Moreirense.

Sporting ran out 1-0 winners against Vitoria thanks to Goncalo Inacio’s first-half strike at Estadio Jose Alvalade.

Victory left them top of the Primeira Liga, 10 points clear of Porto as they chase a first league title since 2001-02.