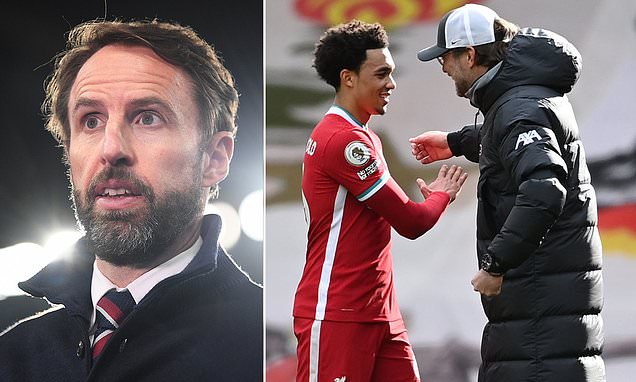 ‘It’s a little word to Gareth to say “put me in that squad”‘: Darren Bent hails Trent Alexander-Arnold after his ‘quality’ winner against Aston Villa under the watchful eye of England boss Southgate

The Reds right-back curled in a 91st-minute strike from the edge of the box to secure all three points against Dean Smith’s side after Mo Salah cancelled out Ollie Watkins’ opener.

Alexander-Arnold has struggled with inconsistent form this season and was dropped from Southgate’s most recent national squad. 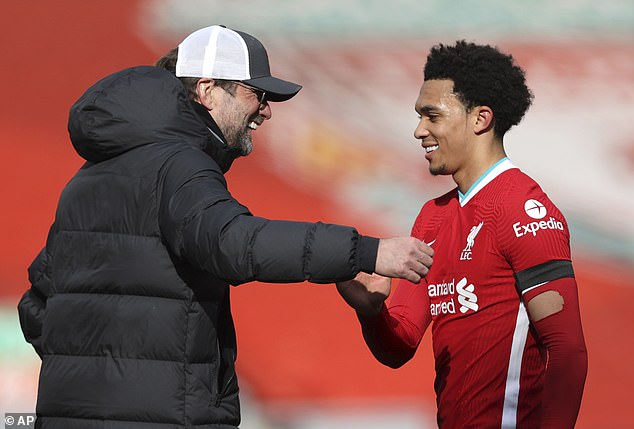 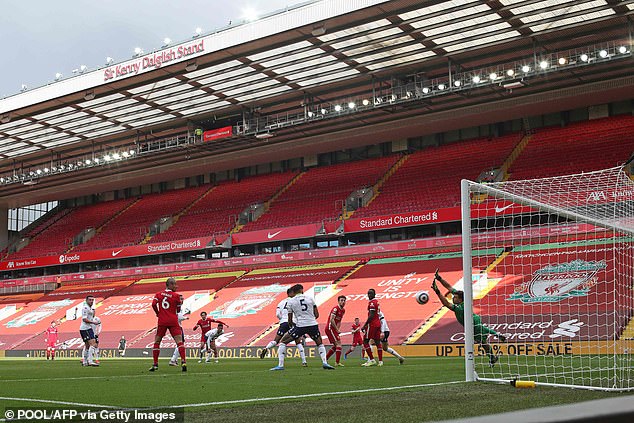 But former England striker Bent believes his goal will come as a timely reminder of his talents to Southgate, who was watching at Anfield.

He said on Sky Sports after the match: ‘It’s unbelievable. He somehow manages to evade all the defenders in there, Martinez is quality too but it’s a quality strike.

‘With the England manager there, It’s a little word to Gareth to say ‘put me in the next squad.’ 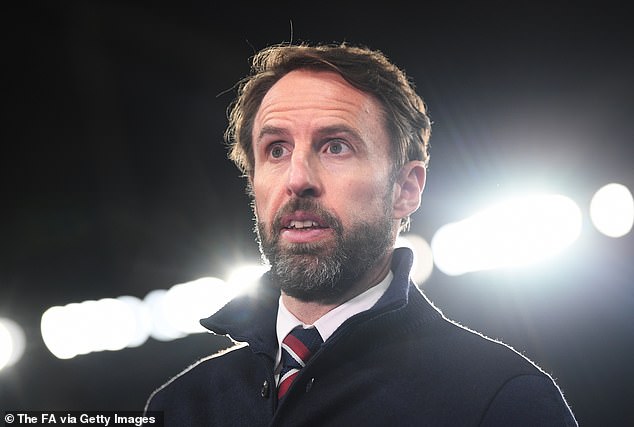 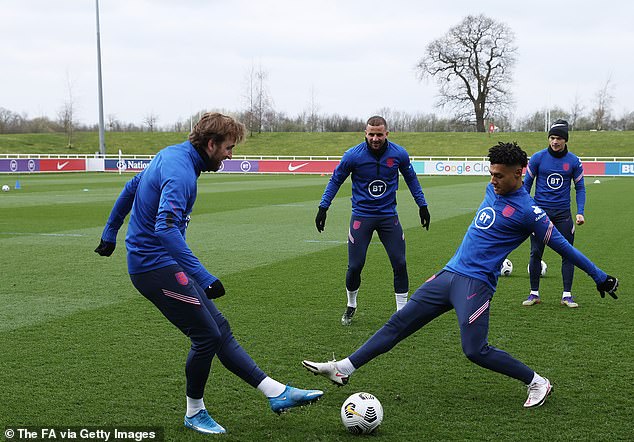 Fellow pundit Graeme Souness added: ‘Alexander-Arnold didn’t have the best of games but it’s a great strike to win the game from him.

‘He thinks ‘I’m out of position, should I go back’, but he stays up. He gets the ball out of his feet and that’s a great strike. He’s got a ridiculously good right foot. Great, great winner.’

Sportsmail reported on Friday that Watford striker Troy Deeney stated England ‘cannot afford’ to go without the full back for the delayed Euro 2020 tournament this summer.

Up next Liverpool host Real Madrid at Anfield on Wednesday in their Champions League quarter-final second leg, looking to overturn a 3-1 deficit, while Aston Villa entertain Manchester City in the Premier League, also on Wednesday.