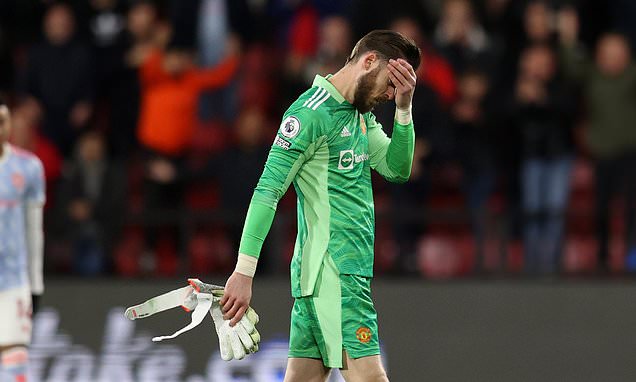 David de Gea labelled Manchester United as ’embarrassing’ and says it’s too ‘easy’ to pin all the blame on boss Ole Gunnar Solskjaer following a humiliating 4-1 loss to Watford.

United were schooled at Vicarage Road and De Gea, who had earlier saved an Ismaila Sarr penalty to keep it at 0-0, was left exasperated at full-time as he struggled to understand why this star-studded team is playing so poorly.

‘There’s not much to say – it was embarrassing to see Man United play like we did today,’ he said. 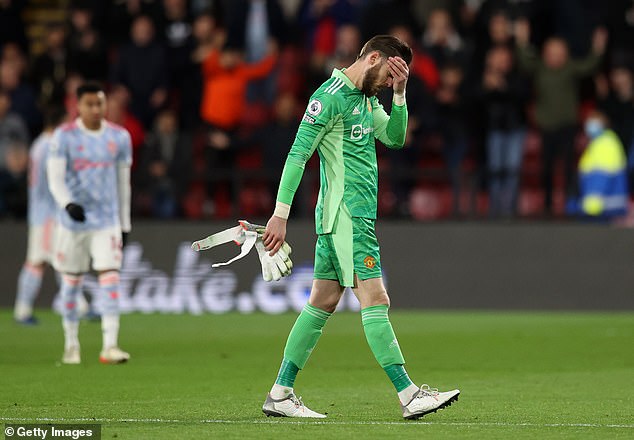 ‘It’s not acceptable – the way we were playing and doing things. It’s easy to blame the manager or the staff but sometimes it’s the players. We need to show much more than we are doing.

‘Embarrassing first half – we could’ve conceded four goals in 45 minutes. It was hard to watch the team playing today – it was nightmare after nightmare. It’s not acceptable.

‘We are trying to give our best and fight for the team but for sure something is very wrong. You can see in the games – it’s very low level, very poor. Sorry to the fans, once again. 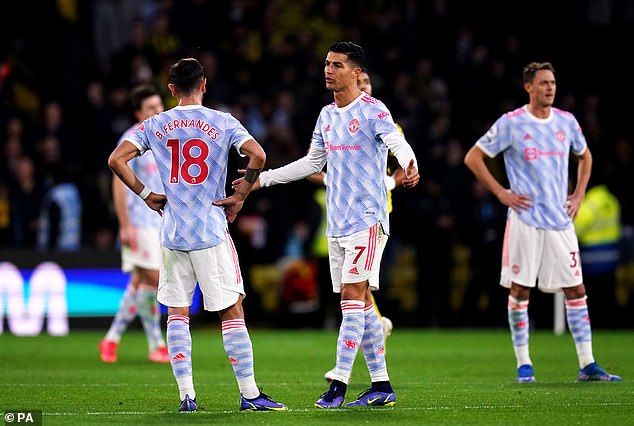 ‘This is not Manchester United or the way we ought to play – it’s difficult to say more than that.

‘It’s been very bad for a long time – a club like Man United we have to be fighting for trophies and fighting for big things and to be honest we are far from that. Let’s see – we have to keep working hard and stick together.

‘We always say the same things but it’s the truth – we have to look at ourselves and see where we can improve.’ 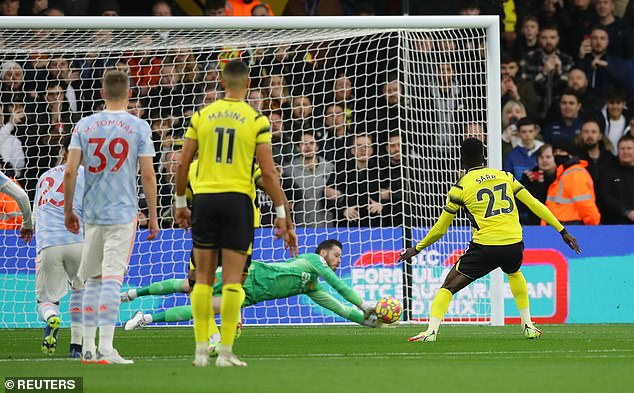 Fans were furious at full-time and took to booing an apologising Ole Gunnar Solskjaer and the players following a humiliating 4-1 defeat to Watford.

Solskjaer cut a miserable, forlorn figure at the final whistle and quickly hurried over to the away end to apologise to the travelling fans.

Cameras honed in on Solskjaer as he was surrounded by some of his key men, who could be seen applauding the away end.

Yet a chorus of boos began to raise in decibels as Solskjaer stepped forward, provoking an angry Bruno Fernandes to gesticulate wildly and wag his finger at the away end.

The Portuguese star then appeared to be signalling to the United fans that their frustration should be directed at the whole team, not just the apologising manager.