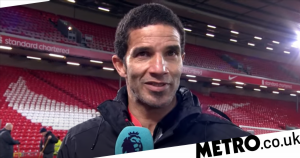 Former England goalkeeper David James believes Chelsea are the ‘team to beat’ in the Premier League ahead of title rivals Liverpool and Manchester City.

Thomas Tuchel’s side, who won the Champions League last season, emerged as the early pacesetters in the Premier League, winning nine of their first 12 league games to move ahead of defending champions Man City and 2020 winners Liverpool.

But the Blues dropped points at home to Manchester United at the end of last month and suffered a 3-2 defeat to West Ham last week to fall behind their title rivals.

Chelsea also looked set to drop points against Leeds United on Saturday, with Marcelo Bielsa’s side taking the lead at Stamford Bridge and then levelling the match at 2-2 late on.

But Jorginho’s stoppage-time penalty gave Chelsea the three points and ensured they remain just one and two points behind Liverpool and Manchester City respectively.

‘I’m glad Chelsea won today because they are the team to beat for me,’ ex-goalkeeper James told Stadium Astro.

‘I’ve actually tipped them not to be top of the table come Christmas based on the games they’re got coming up. Man City and Liverpool’s fixtures are a lot more comfortable.

‘But everyone has struggled to a point. Last weekend there were tight wins [for Liverpool and Man City].

‘It’s a tough season but I think Chelsea are the team to beat. When you see Liverpool in this kind of determined form, stringing wins together, of course they are going to run them close.’

Following Chelsea’s 3-2 victory over Leeds, Blues boss Tuchel said: ‘When you play against Leeds you get wild games and you have to accept it. I liked the first half a lot and the way we found solutions.

‘The result was the result, we gave a cheap penalty away and had to live with it. The speech at half-time was to do it again and not worry about the result.

‘We made the game very intense in every position. Once we turned things around in our favour I had a feeling after the last two results [the defeat at West Ham and draw with Zenit] that we did not want to lose it and we did not take the risks anymore.

‘I’m happy we turned it around this time. We had to suffer. We needed this feeling back in the dressing room.’

Liverpool won their ninth game in a row on Saturday with a 1-0 victory over Anfield legend Steven Gerrard’s Aston Villa, while defending champions Manchester City won by the same scoreline against Wolves. 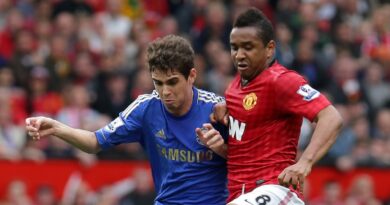 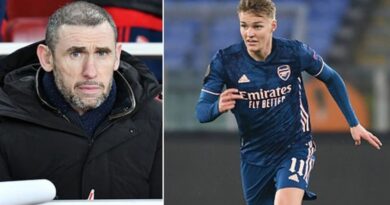