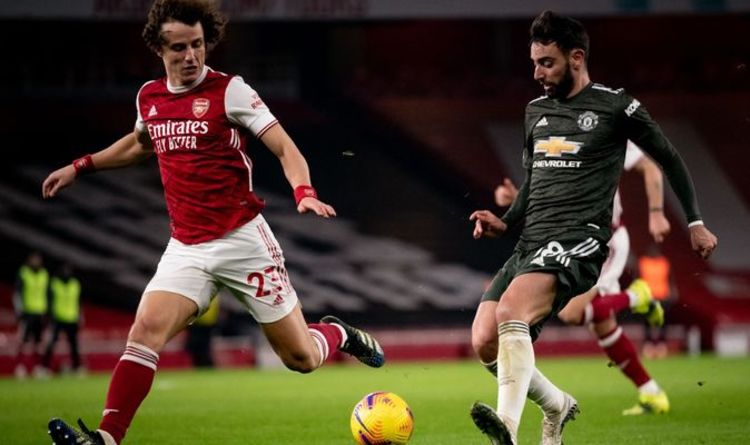 Arsenal defender David Luiz has explained why he celebrated blocking Bruno Fernandes’ free-kick in the first half of their 0-0 draw against Manchester United. The Gunners and United cancelled each other out on Saturday evening with both sides putting in strong defensive displays.

Ole Gunnar Solskjaer’s side were looking to enact revenge on the 1-0 defeat earlier in the season at Old Trafford.

And the United boss went with a strong line-up including Fernandes, Marcus Rashford, Edinson Cavani and Paul Pogba.

Fernandes in particular has been United’s talisman this season, proving to be a dead-ball specialist.

The Portugal international had a great chance in the first half to score from a free-kick 20 yards out in a threatening position. 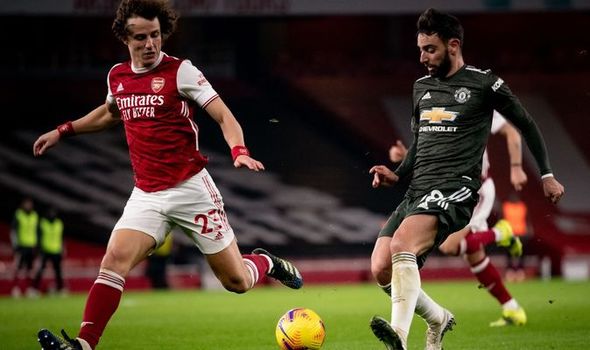 And he appeared to strike it well, only for Luiz to get a vital head on it to knock it out for a corner.

Replays showed the Brazilian was clearly delighted with his defensive effort as well as he could be seen celebrating as if it was a goal.

Speaking after the game, Luiz revealed that he spoke with Fernandes soon after blocking his rival’s free-kick.

“I think [he is] one of the best players in the league in free-kicks, Bruno [Fernandes] is amazing, he can decide [games] in those moments – a free-kick in that position,” he said.

“He even spoke to me after because he tried to surprise everyone but I was happy because I was ready and stopped a goal.”

The result extends Arsenal’s unbeaten record to seven games and sees them jump up to eighth in the table, above Chelsea.

But Luiz admits to being “frustrated” that they couldn’t pick up all three points against United.

“I’m frustrated because we love to win. We tried our best, that’s it. We have to try to improve every day, you have to be humble and to admit what you need to improve,” he said. 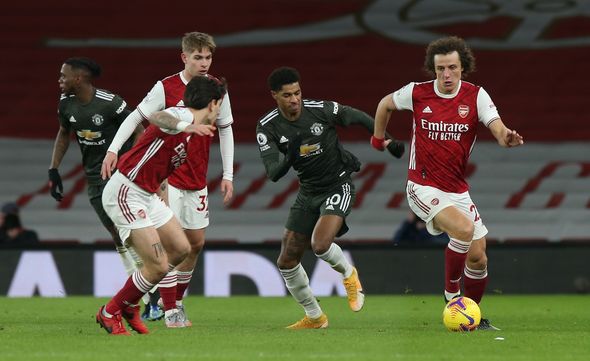 “The boss is doing a great job, the young boys are fantastic and I think we are starting to create a real team with a real atmosphere.

“But if you don’t work hard every single day things can change. The boys are happy because we have turned around a very difficult moment in our season.

“You have to be humble because we are far from the first positions. We have to think game by game and at the end of the season we will see how far we can go.

“The ambition is to be fighting for the first positions – that ambition has to be there. This is what we have to put in our minds every single day.” 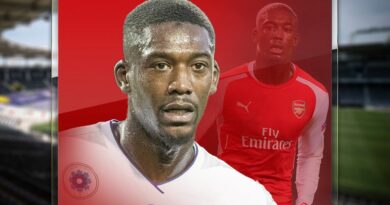