The David Luiz Dilemma: Popular but error-prone…experienced but erratic…is the Brazilian worth it?

Polished one minute, tripping over himself the next; David Luiz is destined to remain one of football’s great unsolved riddles.

Some of the most lauded managers, Jose Mourinho and Antonio Conte among them, have toiled trying to figure him out, and have never quite cracked it. The complexities that have made Luiz one of the most enigmatic players in the Premier League era remain.

When Kevin De Bruyne’s pass skimmed off his thigh and into Raheem Sterling’s path on Wednesday night, you could almost hear the collective groan from north London. 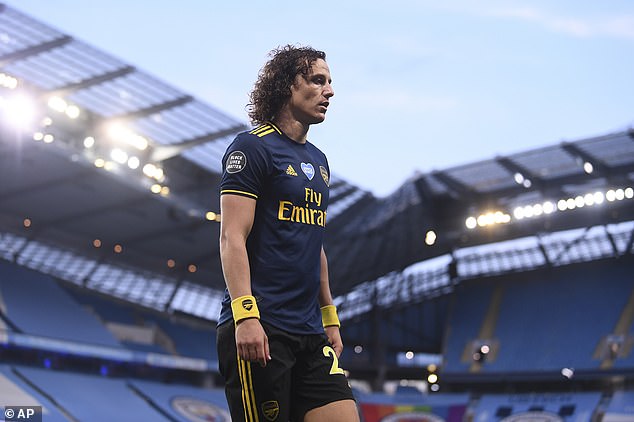 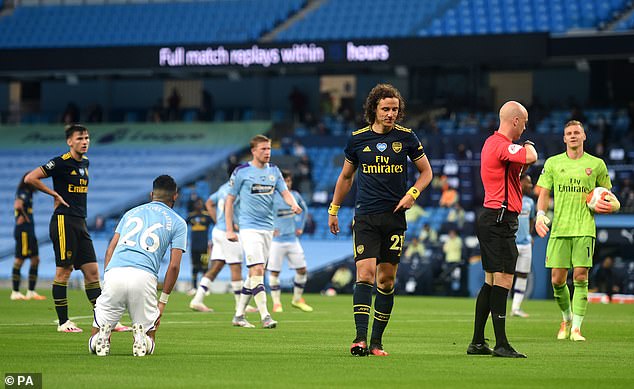 No surprises, of course. He has not spent a year at Arsenal yet, but all those connected with the club have quickly discovered that Luiz and mistakes often go hand in hand. But even by Luiz’s standards, his 25-minute cameo during the 3-0 defeat at Manchester City was calamitous.

A shock omission from the starting XI, by the time he was sent off for a hopeless attempt at a recovery tackle on Riyad Mahrez, Luiz was wishing he’d never boarded the flight north.

An unfortunate statistic emerged during the defeat by Pep Guardiola’s team: Luiz was the first player to be sent off, concede a penalty and commit an error leading to an opposition goal in a Premier League match since Carl Jenkinson did it playing for West Ham against Bournemouth almost five years ago. That won’t have helped the Brazilian’s mood. 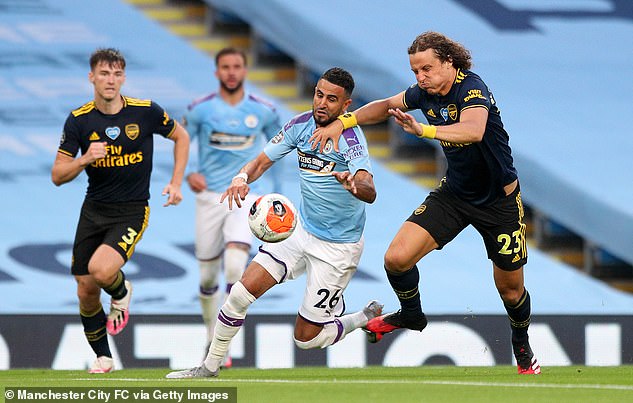 Of course, Chelsea know all about his susceptibilities; his two spells at Stamford Bridge were riddled with blemishes. Yet, there’s a reason Luiz, 33, has attracted more than £106million in transfer fees during his career.

Similarly, there’s a reason he has won 19 major club trophies and amassed 56 caps for Brazil. Because, on his day, he’s a Rolls-Royce centre half, a footballer able to dictate the pace of a match from the heart of defence.

But it’s those moments to forget, the days Luiz resembles a clapped-out Reliant Robin, that threaten to overshadow his legacy. 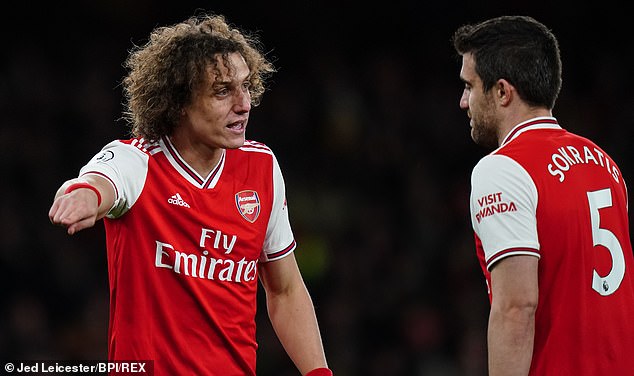 Arsenal plan to finalise Luiz’s immediate future by the start of next week. Sportsmail understands he wants a two-year deal but the club have offered one, with his current contract expiring in 12 days. If he is trying to persuade manager Mikel Arteta to approve the extension, he isn’t going the right way about it.

Luiz deserves credit for fronting up after the game: ‘It’s not the team’s fault, it was my fault,’ he said.

Sources claim Arteta and Luiz enjoy a good working relationship. Indeed, the Arsenal manager leant on the Brazilian’s experience during the opening weeks of his reign and has talked him up over recent days. 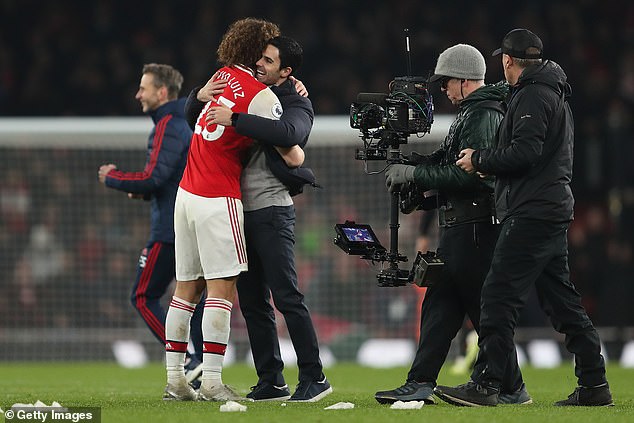 But Luiz hasn’t always been the apple of the manager’s eye. He fell out spectacularly with Conte at Chelsea after questioning team selection during an inquest into a 3-0 Champions League defeat by Roma in 2017. Conte went berserk but Luiz was unwilling to play the shrinking violet. Luiz played just five more times for the Italian.

Even during their short period working together at the start of this season, Chelsea manager Frank Lampard is said to have been unimpressed by Luiz’s demeanour. It was no surprise to many at Stamford Bridge that Lampard sanctioned Luiz’s move to Arsenal, even though he could not sign a replacement due to Chelsea’s transfer ban.

Yet, Luiz is adored by the youth players at Arsenal and Chelsea. He is welcoming to young professionals at the training ground. When you are starting out in the game, a friendly face goes a long way. But is a nice smile enough for Arsenal to justify paying an error-prone 33-year-old player a basic wage of £120,000 a week? 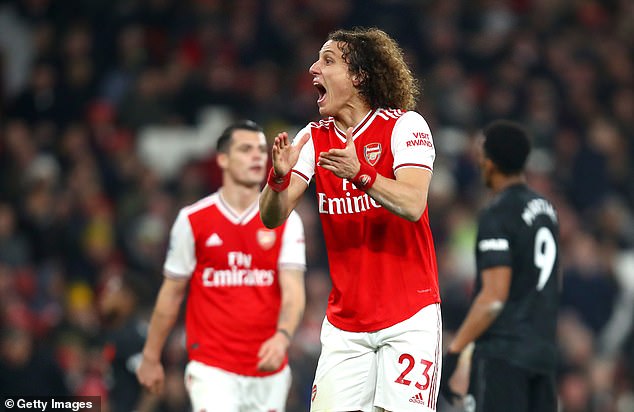 Arsenal may look to negotiate a lower salary in return for a longer contract, but whether Luiz — or long-term adviser Kia Joorabchian — go for that remains to be seen. We’ll find out in the coming days.

‘The situation from Arsenal’s point of view will be resolved this week,’ Joorabchian told talkSPORT on Thursday.

‘It’s a case of allowing Arsenal to sort out everything that needs to be sorted out during this pandemic. There are several issues within the whole structure that will get resolved.’

Transfer news LIVE: All the latest from the Premier League and Europe 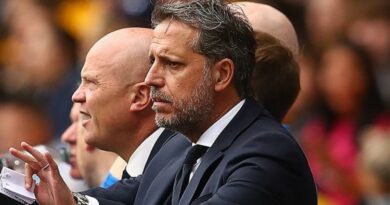