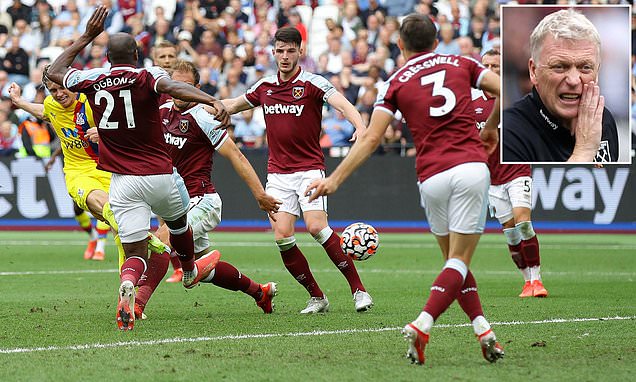 David Moyes slammed the state of the West Ham pitch, labelling it below Premier League standard, as his side were held at home by Crystal Palace.

Sportsmail revealed on Saturday that the Hammers were looking for two more members to add to head groundsman Dougie Robertson’s team to improve their sub-standard surface.

And Moyes said: ‘I’ve not enjoyed the quality of the pitch at all, and I’ve known about it. Even the first game I wasn’t happy about it. 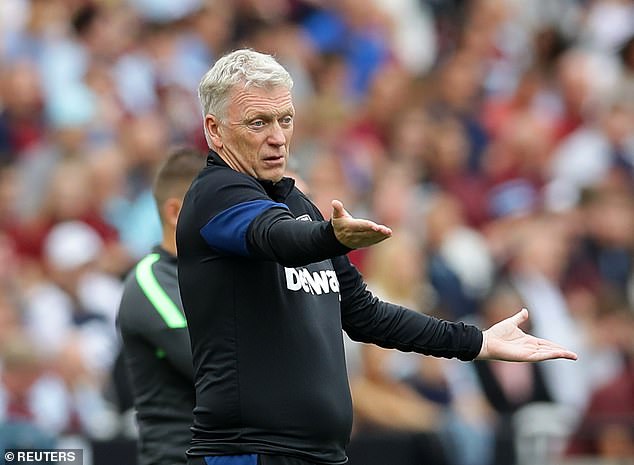 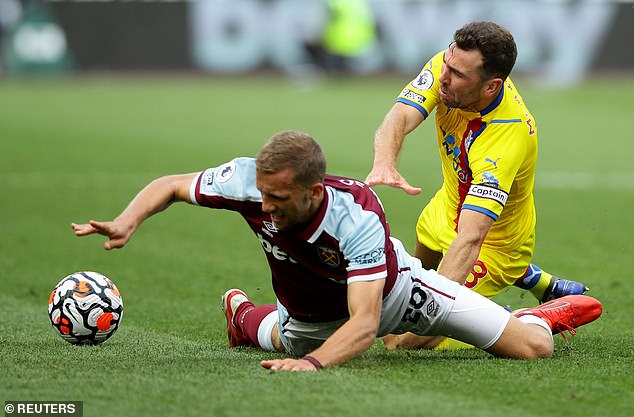 ‘It’s just not good enough, it is certainly below Premier League standards at the moment.

‘We didn’t pass the ball as well as we did the other night (against Leicester). Our rhythm and passing was not as good the other day. (There were) several reasons for that. It was made a bit difficult.

‘I’ve got to say the pitch is very poor, the pitch at the London Stadium is really, really poor. It’s not an excuse because we played very well on it on Monday night. 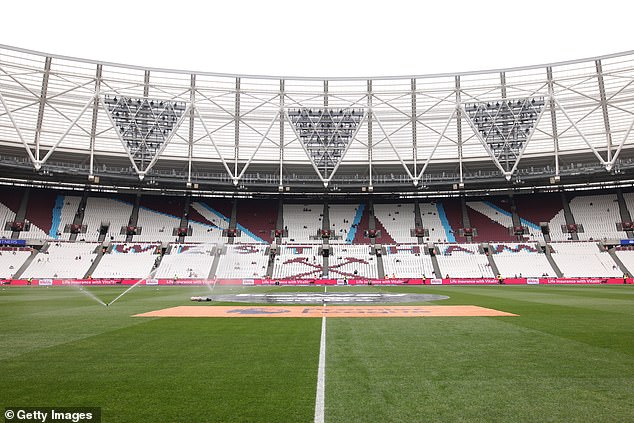 ‘Today in the dry, a bit of heat it is not good. That didn’t help.

‘You could probably see the amount of times the ball bounced over people’s heads and it was very high off the ground. I think we never really got a good enough rhythm in our play.’

Moyes’ Hammers led twice at the London Stadium thanks to goals in either half from Pablo Fornals and Michail Antonio, but Connor Gallagher’s brace hauled Patrick Vieira’s Palace back level on two occasions.