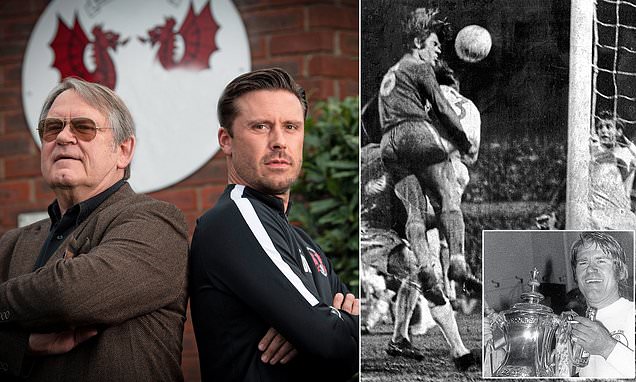 National League Chesterfield will be egged on by a famous FA Cup face when they go for a giant-killing against Championship West Bromwich Albion.

David Webb, scorer of Chelsea’s winner in the 1970 final replay against Leeds, has prolonged his Christmas and new year visit to son Danny, assistant manager of the Spireites, to see if the family can create more headlines in the most famous domestic knockout competition in the world.

The quaint town in Derbyshire’s peak district is a world away from the King’s Road, where Webb senior would hang out with celebrities Michael Crawford and John Cleese when Chelsea were at the heart of swinging London. Nonetheless, father and son both love it. ‘Dad can’t get his head round how many pubs and parks there are,’ says Danny with a smile. 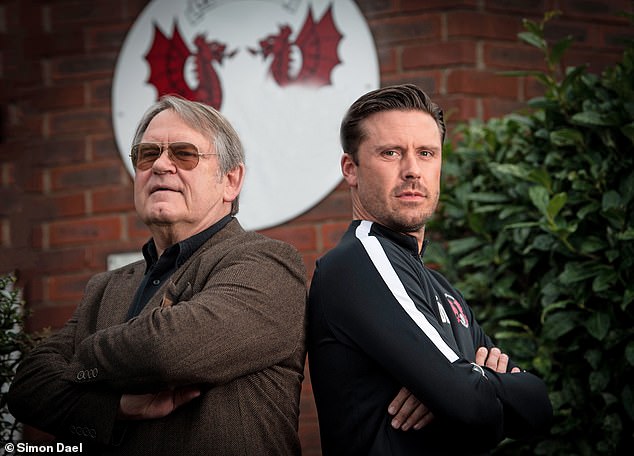 David Webb (left) was the hero in the 1970 FA Cup for Chelsea, while his son Danny (right) – assistant manager at Chesterfield – is hoping to cause a giant-killing 53 years later

‘It’s a long way for him to come up so we pack in as much as possible. Walks on the Linacre Reservoirs trails, which is like something from Game of Thrones, and a nice Sunday lunch in one of the hundreds of pubs in the town.

‘I’ve taken to the town and the locals are friendly. They don’t consider themselves really northern but for me they are!’

Danny was born in 1983 towards the end of his dad’s illustrious career and had a more modest playing career with 18 different clubs in the lower leagues — including a spell at Southend when his father, now 76, was manager.

Coaching could prove more fruitful. Still only 39, he has already built up a decade of experience including a spell as interim manager at Leyton Orient working for chaotic owner Francesco Becchetti. Under manager Paul Cook, Chesterfield are third with healthy prospects of promotion back to the Football League but Danny surprisingly reveals it was mum Michelle rather than his footballing father who pushed him into a tracksuit career.

‘By my mid-twenties, I realised I wasn’t going to hit the Premier League as a player and had to look at different things,’ he says.

‘I got offered a job as a fire fighter when I was playing for Salisbury but they would only take me full-time and I didn’t want to retire completely. So Mum pushed me to fill in the forms to go on a coaching course.

‘The first session was basic, not a lot more than putting the cones out, but I got a buzz from it. Other people find it strange but I realised I got more satisfaction coaching than playing.

‘It’s a better fit for me and I’ve also got the best person to go to for advice in my dad. We’ve always been very close. 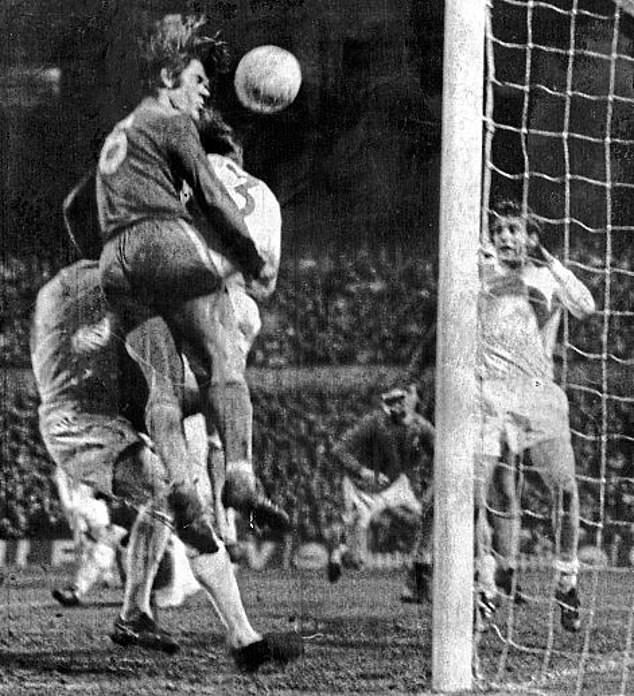 ‘I remember him taking me to my first FA Cup final, Manchester United v Crystal Palace in 1990. All the fans carried these blow-up tubes advertising Virgin. Ian Wright scored in front of us and I was a six-year-old kid peering around all these tubes being waved about, trying to see the celebrations.

‘I think Dad regrets signing me for Southend because I was only a teenager and the fans would boo my name at kick-off just because he was manager. But I don’t have any regrets about it, it was part of my journey.

‘I knew my limitations as a player but I’m more confident in my ability as a coach or manager.’

Danny has had other mentors since, including Justin Edinburgh, who died in 2019 a month after leading Leyton Orient to promotion.

He has also enjoyed watching and learning from Cook, who is in his second spell at Chesterfield having managed Wigan and Ipswich in between.

‘We’re like the odd couple, the southerner and the Scouser, but it works. The only thing we disagree on is Brookside or EastEnders!

‘One of the first things the gaffer did was stop training on the pitch because he wanted it to be like a carpet on match day. It suits our style, which is pass and play.

‘He also gets the players to clock in every day. It’s not to check up on them but a reason for them to come into the office, have a laugh with us, build up that communication. It’s very clever.’

His experiences with Becchetti were also character-building. ‘He would summon me to his place in Mayfair which cost £60million,’ he says. ‘I’d be on my own and he would have these gofers around who would laugh and agree with everything he said. It was intimidating and you had to stand up for yourself.’

He arrived at Chesterfield via the Watford academy, and the Spireites are on the up with gates reaching 8,000. The club have a proud FA Cup record, reaching the semi-final in 1997 when Sean Dyche was skipper and they would have beaten Middlesbrough had goal-line technology been around. 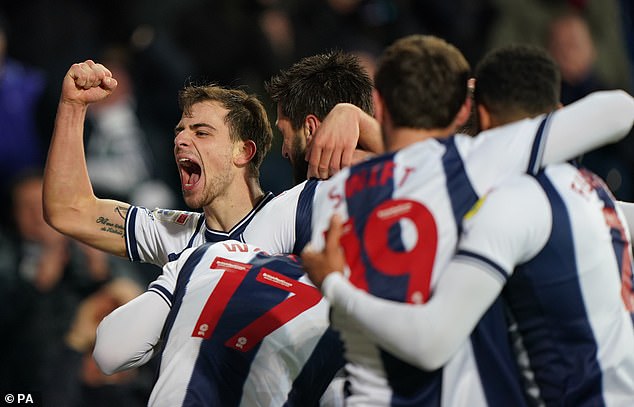 They also reached last season’s third round, beaten 5-1 by Chelsea. Home advantage gives them a better chance this time, despite 66 places between them and Albion.

‘We’ve got good players,’ says Danny. ‘I call Armando Dobra the magician, he is an Albanian Under 20s international. Kabongo Tshimanga and Joe Quigley are threats up front and our full back Jeff King has scored eight goals this season, including one in the second-round win at Wimbledon.’

Dave believes his son could go on to be a more successful manager than he was at Bournemouth, Torquay, Southend, Chelsea, Brentford and Yeovil.

‘He says I’m more open-minded than he was,’ says Danny. ‘If Dave Sexton gave him a dossier at Chelsea, he would put it in the bin.’

First, though, it is about more cup glory for the family. ‘Fans remind Dad about winning the European Cup-winners’ Cup or the time he went in goal but he would be lying if he said his winning header against Leeds wasn’t the thing he remembers most.

‘The medal was stolen from our house. Fortunately, when it was taken to Hatton Garden to be melted down, the jeweller was a football fan and returned it to us. It’s in a bank now.

‘That Chelsea-Leeds final was a huge event at the time, 28m watched on television and there was such hatred on the pitch.

‘It won’t be exactly the same if we can beat West Brom but I’ll know it will make him extremely proud and happy.’

Liverpool's furious press could offer their rivals a glimmer of hope