Home » Soccer » Deal sheet: What is a deal sheet and how does it work?

Many fans will have their eyes fixed to their television screens on Transfer Deadline Day, hoping their club will announce one or more new signings. Deals are often struck late in the evening, with negotiations running into the night before an announcement is made in the early hours of the following morning.

The reason teams are able to complete deals after the deadline has passed is because of a small loophole in the transfer window rules and regulations.

Clubs can apply for a deal sheet in order to obtain additional time to complete a move, which could keep fans on the edge of their seats until the small hours.

Transfer Deadline Day: What is a deal sheet?

A deal sheet is an application to the Premier League or EFL which specifies a transfer has been agreed between two clubs and the player in question’s representatives. 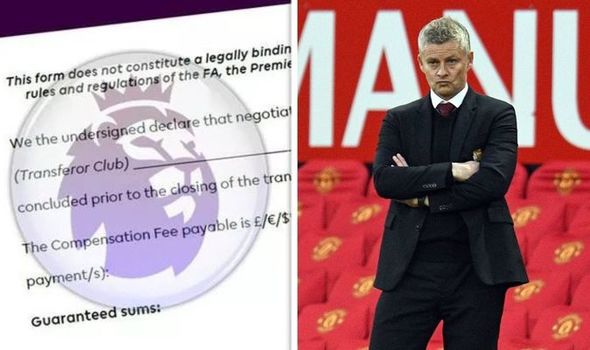 If approved, clubs will then be granted a short extension after the transfer deadline in order to complete administrative details.

These extensions may only be utilised within the last two hours of the transfer window, which allows clubs an extra two hours to thrash out the remaining paperwork on the acquisition of a player.

Should a club apply for an extension beyond the 11pm deadline, the transfer will not be able to go through, as the Premier League or EFL’s Board must receive the deal sheet prior to when the window’s original closing time.

Famous moves to have fallen through at the eleventh hour include David de Gea’s transfer to Real Madrid when a fax machine was blamed for failing to secure the deal.

With a deal sheet, though, clubs can avoid such secnarios where moves are vetoed despite being completed just moments after the deadline. 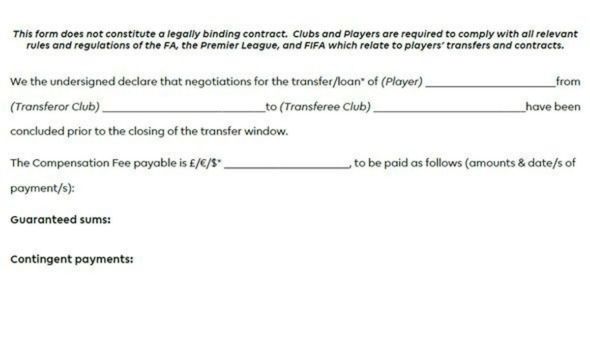 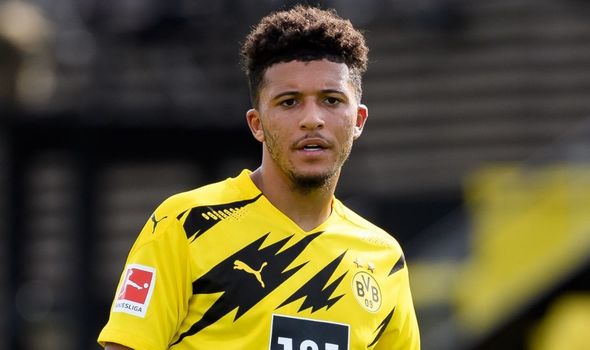 Transfer deadline day: What are the rules?

The main rule on deadline day is that clubs must adhere to the deadline itself, which is 11pm on Monday in the UK.

Both clubs involved in the deal of a player must have an authorised signatory to sign-off on the transaction.

A fee for signing a player still contracted to another club must also be agreed before sending any paperwork to the Premier League.

Players must be eligible for UK employment before the Premier League or EFL can approve a transfer deal.

This is more commonly known as acquiring a work permit.

Transfer deadline day: What are the rules for loans?

Loan deals can often make up a large percentage of eleventh-hour transfers.

There are restrictions on how many loan players a single club can acquire for a given season.

LATEST LIVE SPORT TV DEALS:
Get NOW TV Sky Sports season pass and save 25%
Get BT Sport for HALF PRICE 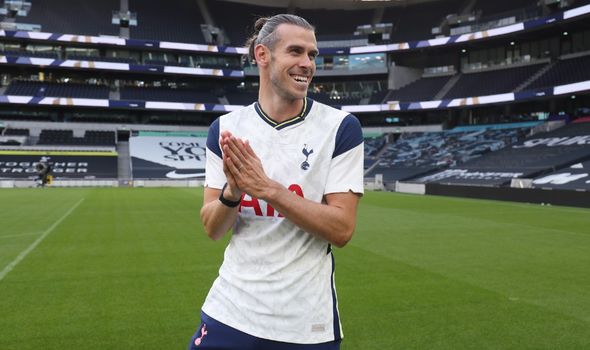 Premier League teams cannot register three loan players at once, while the maximum number of loans allowed for any top-flight club in a single season is four.

If a player has been signed in the same window, that player may not then be loaned to another Premier League club until the next transfer window.

There are also specific rules relating to Premier League goalkeepers.

No more than one shot-stopper from any Premier League side may be loaned to another team in the league.

Players must also have completed medicals before signing a contract with their new club, which in the case of loan deals, can be requested from the selling team.

Football: Getafe slip up again but VAR saves them from defeat