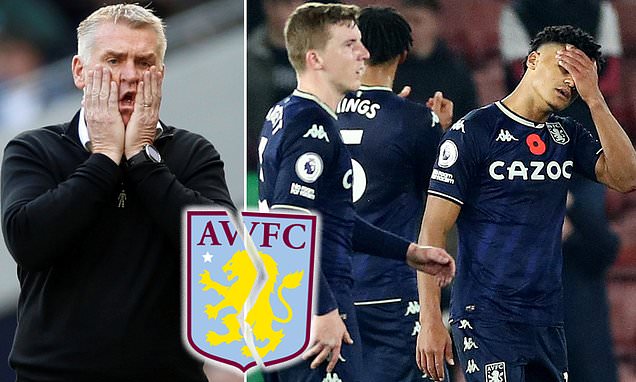 Sacked Dean Smith insists he would have led Aston Villa to a top-half finish in the Premier League if given more time, despite leaving the club in 16th place after five straight defeats

Sacked Aston Villa manager Dean Smith believes he would have ended their slump in form if he had been given more time.

The 50-year-old was axed on Sunday after three years in charge with Villa lying 16th in the Premier League.

He took Villa back to the top flight in 2019 and helped them beat the drop on the final day in 2020. They finished 11th last season but sold skipper Jack Grealish to Manchester City for £100million. 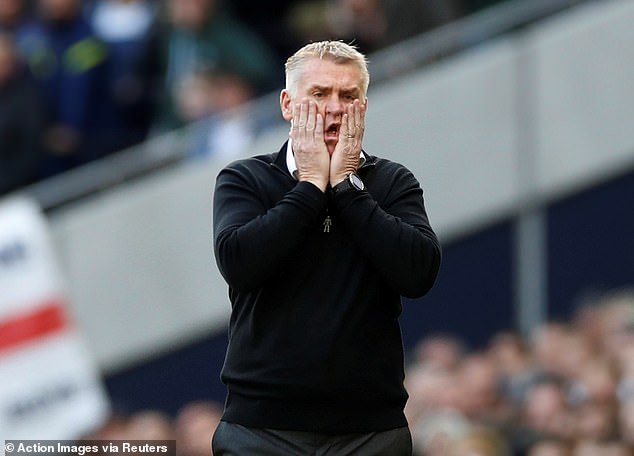 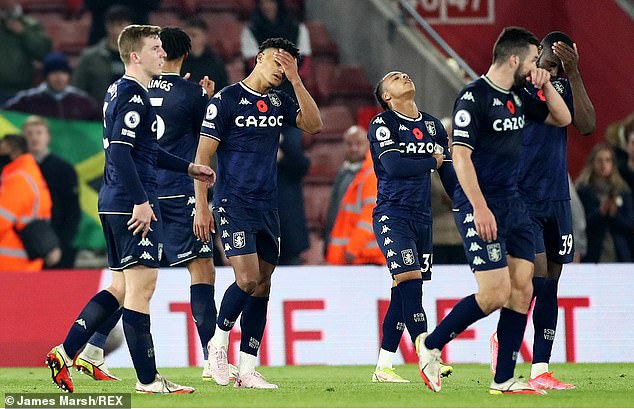 Smith was relieved of his duties after a run of five straight defeats, the latest at Southampton

Smith signed Emi Buendia, for a record deal worth £38m, from Norwich while also buying Leon Bailey and Danny Ings to replace Grealish in the summer. But Villa fired the former Walsall and Brentford boss after a run of five straight defeats.

‘To be appointed the head coach of Aston Villa, the club I supported throughout my childhood, was and remains something I am extremely proud of,’ said Smith, via a statement from the League Managers Association. 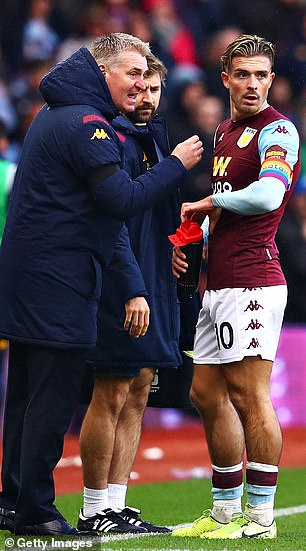 ‘Having led the club back to the Premier League ahead of schedule and at the first time of asking after three years in the Championship, the next challenge was to help overhaul the squad and create a group good enough to survive that all-important first season back in the Premier League.

‘In doing so, I believe those achievements allowed the club to accelerate its ambitions to become an established Premier League club.

‘My belief was that we would continue our progression this season. I understand the football industry and of course, I respect the owners’ decision, but I felt that with important players soon returning to full fitness we would achieve a top-half finish.

‘One of my roles as head coach at Aston Villa was to improve individual players to enhance on-field performance for the team.

‘Playing a part in developing a player who would be transferred for a British record transfer fee, along with creating a pathway for a thriving academy, are all areas in which I feel I’ve more than contributed.

‘I would like to express my gratitude to the owners, Nassef Sawiris and Wes Edens, in giving me the opportunity to manage this special club.

‘I would also like to thank the CEO, Christian Purslow, with whom I enjoyed an excellent working relationship as well as the two sporting directors I worked alongside, Johan Lange and Jesus Garcia Pitarch.

‘To the coaches, staff and players, my sincere thanks to each and every one of them.

‘Finally, to the Aston Villa fans who showed me nothing but love and support from my first day in the job to my last, a heartfelt thank you from my family and I. 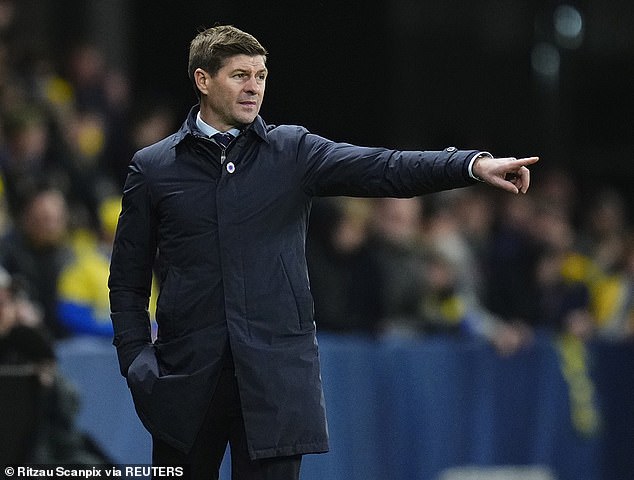 Aston Villa are now weighing up a move for Steven Gerrard, who is high on their list of targets

‘The Aston Villa board’s aims and ambitions are to take our club back into European football and I would love nothing more than seeing the club achieve that.

‘I’ve always said that I was simply a custodian of this great football club, and my aim was to leave it in a better place than I found it. I believe that together we have achieved that. UTV.’

It was also announced on Monday that assistant head coach Craig Shakespeare has departed the club.

Steven Gerrard is high on Aston Villa’s list of possible targets to replace Smith. The former Liverpool captain is admired by key figures in the Villa hierarchy, who are impressed by the job he has done at Rangers.

The former Liverpool and England captain is under contract at Ibrox until 2024.

After taking over at Rangers in 2018, the 41-year-old won the Scottish Premiership title last season, breaking Celtic’s sequence of nine in a row, and reached the last 16 of the Europa League.

This term, Gerrard’s men are top of the Scottish Premiership of the table, although they were eliminated by Malmo in the qualifying rounds of the Champions League.

Southampton boss Ralph Hasenhuttl is another who has admirers at Villa Park while Lange has a long association with both Brentford boss Thomas Frank and Denmark coach Kasper Hjulmand.