Dele Alli has placed the blame squarely on Tottenham Hotspur for their failure to beat Manchester United on Jose Mourinho ’s return to Old Trafford.

The Red Devils ran out 2-1 winners after an inspired display from Marcus Rashford , who netted a brace.

Alli scored an excellent goal himself in the first half, flicking the ball over his head before tucking it past David de Gea.

However, the effort came in vain, with the loss meaning Spurs have now slipped to eighth in the Premier League table while United are up to sixth.

Speaking after the game, Alli suggested Tottenham were victims of 'overconfidence'.

“With the old manager coming back they were always going to be up for it that little bit more,” he said.

“We lost not on them outplaying us but on our attitude —we weren't hungry enough and we were slow to every second ball, losing 50-50s,” he said.

“Maybe it was a little bit of arrogance and overconfidence because we've been playing well.

“You have to have confidence and arrogance in games like this but have to use it in the right way.

“We were a bit sloppy but you can't do it in games like this or you'll get punished.”

Speaking after the match, Mourinho also criticised his team’s performance, claiming they should never have allowed Rashford to score the opening goal.

“We started the second half with a goal that it is impossible to concede,” he said. “We were not alert, sleeping at the throw-in and we let [Marcus] Rashford attack.

“Once he is inside the box it's more difficult to defend and he was clever and waited for the touch. In the first half they started more aggressive and more intense and deserved to be in front, maybe even 2-0, then we took control of the game.

“The goal at the start of the second half gave United the chance to play the way they did.” 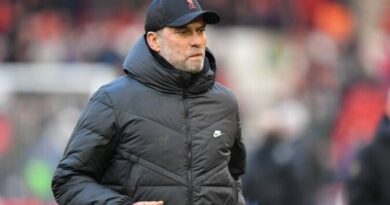 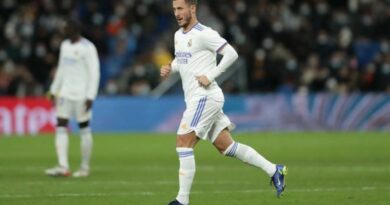