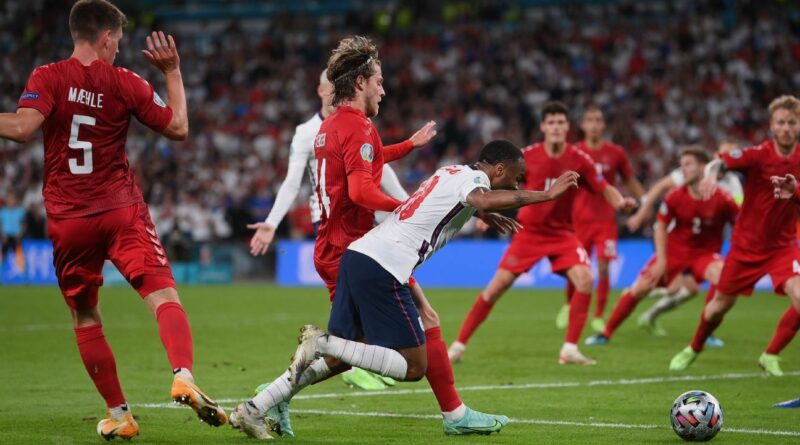 Denmark coach Kasper Hjulmand was unable to hide his frustration at the penalty decision that led to eliminated his side from Euro 2020 in a 2-1 semifinal loss to England.

An own goal from Simon Kjaer cancelled out Mikkel Damsgaard’s opener for Denmark and after the game had finished 1-1 in normal time, England were awarded a penalty in extra time. Harry Kane’s spot-kick was saved by Kasper Schmeichel, but the England striker scored from the rebound.

“We’re very, very disappointed, and it’s hard for me to talk about. Maybe it will easier for me to say how I feel in a few days,” Hjulmand said after Wednesday’s loss at Wembley.

Raheem Sterling drew the penalty when the Manchester City forward wriggled into the area down the right, cut inside and fell under the challenge of Mattias Jensen. The contact looked minimal, and a video review was needed. After a brief wait that must have felt longer to England’s fans, the decision stood.

“It’s one thing to lose a game, that happens, but losing this way is just a disappointment, because these guys have fought a lot. It’s bitter, I think we have to digest this before we can describe these feelings, but it’s a bitter way to leave a tournament.”

Asked about the foul, Sterling said he felt the referee made the right call.

“I went into the box, he stuck his right leg out, and he touched my leg so it was a penalty,” Sterling added.

On seeing his initial attempt from the spot blocked, Kane reacted quickly to put it into the net from six yards out.

“I was fortunate to have it bounce back,” Kane said. “That’s football — sometimes it falls your way.”

Denmark captain Kjaer’s own goal did not stop him leaving the pitch with his head held high after an extraordinary campaign by Denmark. It has been an emotional roller-coaster for the Danes, which started when midfielder Christian Eriksen suffered a heart attack in their group-stage match against Finland.

“It’s been a great journey and I’m sorry it’s over now. I think when we get some distance, there are things that will come up. It has been hard to take in, but a great journey. I’m sorry we did not make it all the way to the final,” he told broadcaster DR.

Hjulmand thanked the people of Denmark once again for their support.

“I’m grateful for Denmark, the entire nation. We needed the support, the empathy when that happened with Christian. We’ve been receiving a lot of love, a lot of support and that was amazing to feel,” he said.

“Our future is full of hope and belief, these guys are outstanding and the whole nation can be proud. Keep giving them the love and the respect they deserve … we can be incredibly proud,” Hjulmand said.

Information from Reuters was used in this report. 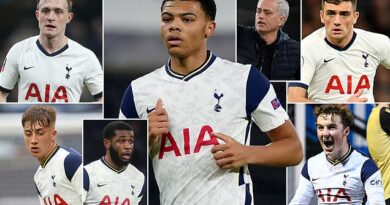 Who are the Tottenham kids Jose Mourinho has started to look towards?