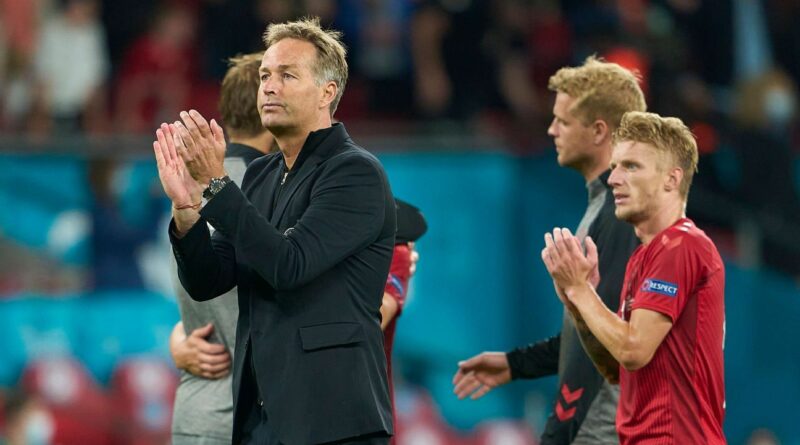 LONDON — In the immediate aftermath of Denmark’s elimination at the hands of England, Kasper Hjulmand doesn’t strike you as an angry man. Rather, the vibe that permeates through the laptop screen during his remote press conference is one of a guy who is disappointed and confused.

“You can’t go out like this, certain things shouldn’t happen,” he said. “I feel bitterness.”

Hjulmand is referring to the penalty awarded to England as the end of the first period of extra time. The one were Raheem Sterling skipped past Joakim Maehle and went down. The one that was given despite the fact that seconds earlier there were two balls on the pitch and play wasn’t stopped, as it ordinarily is in these circumstances. The one that was checked by the Video Assistant Referee (VAR), but not referred to referee Danny Makkelie for an on-field review.

“That penalty decided the game,” he said. “Without it’s 1-1 and penalties and who knows what would have happened. So I am annoyed.”

Moments like these post-game are not the the time to point out that England created more chances and, on balance of play, are more than worthy finalists. Or that the second ball on the pitch many not have influenced play. Or that VAR is only supposed to intervene in the presence of “clear and obvious” errors and, perhaps, if Makkelie did in fact make an error, it wasn’t necessarily clear and obvious.

Rather, it felt more like a time to note just what Denmark had been through in this tournament. And how what this group of players and staff achieved will live on.

They watched their teammate and best player Christian Eriksen collapse on the pitch and, in the words of their own medical staff, “leave us” before some combination of the divine and the scientific “brought him back.” And then they found themselves back on the pitch, doing something that must have felt entirely irrelevant: playing a football match against Finland.

They lost that game, as well as the next one, against Belgium, before enjoying the sort of fairytale turnaround that would seem improbable even in the world of fan fiction. And, in advancing to the semifinal, they became the neutrals’ pick, the darlings of everyone with no skin in the game. Part of it was the Eriksen tale, part of it was the fresh-faced, next-man-up quality of Mikkel Damsgaard, part of it was the leadership of Simon Kjaer, the snarl of Kasper Schmeichel, the drive of Maehle. All of it was Denmark coming together and believing in the impossible.

And they had reason to believe at Wembley too. Outgunned, outmanned, out-supported they nevertheless took the lead in the first half, through a blend of quality (Damsgaard’s honey sweet strike) and ingenuity (the Danish players lining up the screen England keeper Jordan Pickford). England equalized before the break, but, still, Denmark coach Hjulmand was convinced the game was there for the taking.

He kept believing even as, one by one, his players started dropping. He would make five substitutions in the final 23 minutes of regular time and all of them were enforced.

“None of the first five substitutions were tactical, I had to make changes because players were struggling or injured,” he said. “I had no choice.”

Denmark were running on fumes. And, still, they hung in there. Right up until that moment when the second ball materialized on the pitch and Sterling went down. Because this game can be particularly cruel, there was even the illusion of another miracle when Schmeichel parried Harry Kane’s shot. That one lasted a sliver of a millisecond, until Kane followed up by poking the ball home. And because there’s no end to the hardship that can be inflicted when things start turning against you, they played the last 15 minutes with 10 men, because after Hjulmand’s final substitution — the only one that wasn’t enforced — Mathias Jensen went down injured.

Does this feel more cruel than going out in the group stage, as many felt was inevitable after the two inaugural defeats? In some ways, probably yes. When you overcome the odds and obstacles that Denmark have grappled with, you may well end up believing more than you should. Being tripped up at the final hurdle always hurts more.

But in a wider context, falling after what they’ve achieved will, in time, lessen the blow.

“We’ve been through so much … and I’m grateful, really grateful to the entire nation,” Hjulmand said. “We needed that love, we needed that support, we need that empathy. Unfortunately, we did not make the final. But our future is full of hope and belief.”

Not just Denmark’s future. Anybody who saw them battle through this tournament, fight their way through the darkness into the light and stand tall at Wembley until felled by a decision few understand will also find that their future is just a little more rich in hope and belief. 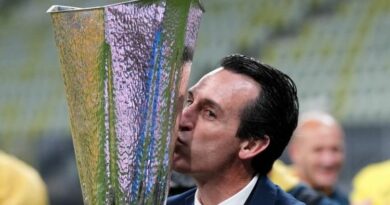